The family and I were extremely lucky to score tickets to the National Museum of African American History and Culture on MLK Day this year. K and I were off work, the kids were off of school, and the weather was oddly cooperative: all systems go!

We secured a ParkWiz reservation in a parking garage close by, which happened to be beneath a government building. We followed the signs to the stairs and into the building proper where we were immediately accosted by a security guard who admonished us for not following protocol (the elevators). Rather than fight it with snark, we nodded our heads and scurried along, rolling our eyes.

The museum greeted us a short walk away. Its unique architecture stands in stark contrast to its surroundings. It’s almost like the texture of filament you see on 3D-printed items, but on a grand scale. It’s quite the sight to see. I snapped a picture before joining the family at the front. The museum only offers timed entry passes and we didn’t want to miss our slot. 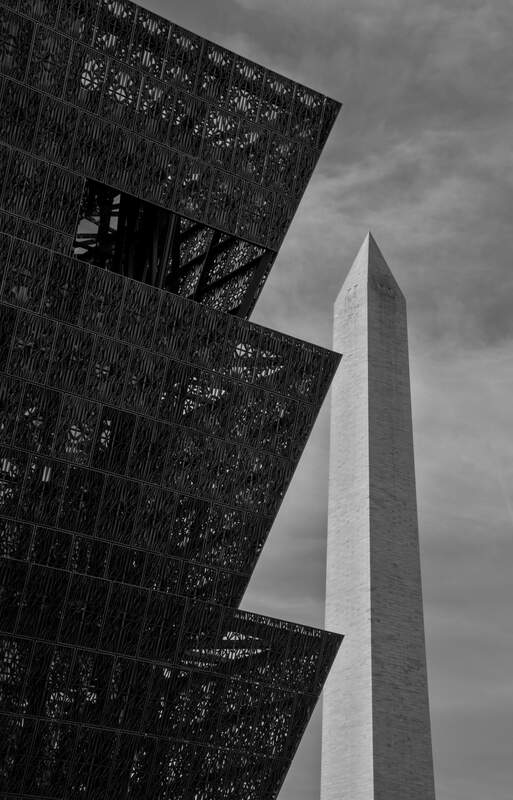 The museum stands in contrast to the Washington Monument behind

There were tons of artifacts and media to see once inside the building. Some things that stood out to me:

By the time we were done meandering the lower level, the kids were hungry and the museum bustling. What had started as a trickle of people at 9AM turned into a full-blown flood by 11:30! 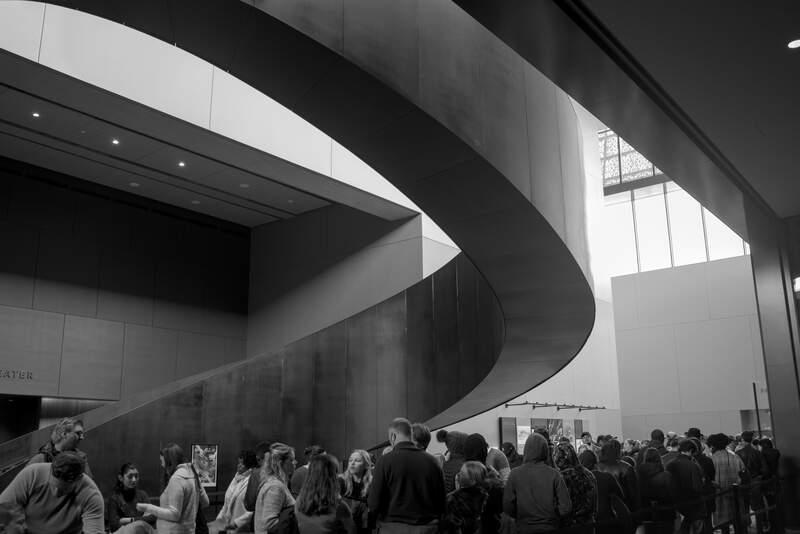 Rather than wade through the crowds in the upper levels, we decided to grab some lunch and save the rest for another visit. Before leaving, we took in the beautiful fountain near the exit. It’s called The Contemplative Court and it’s incredible. 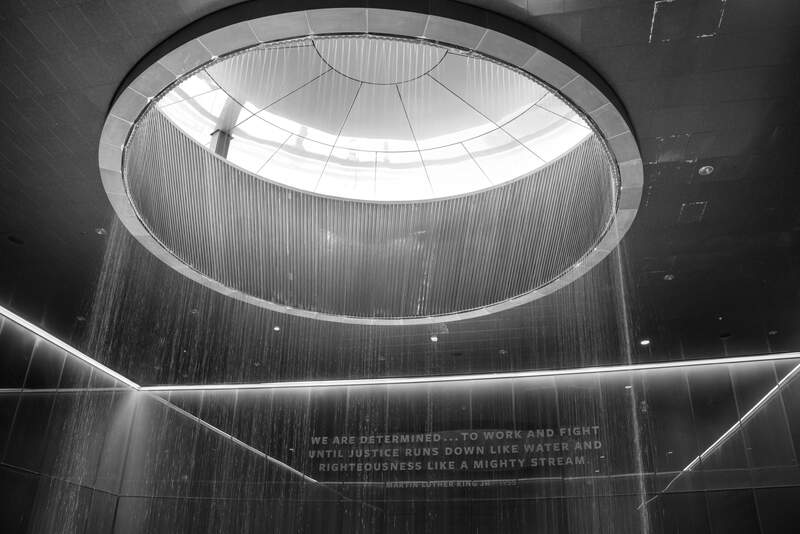 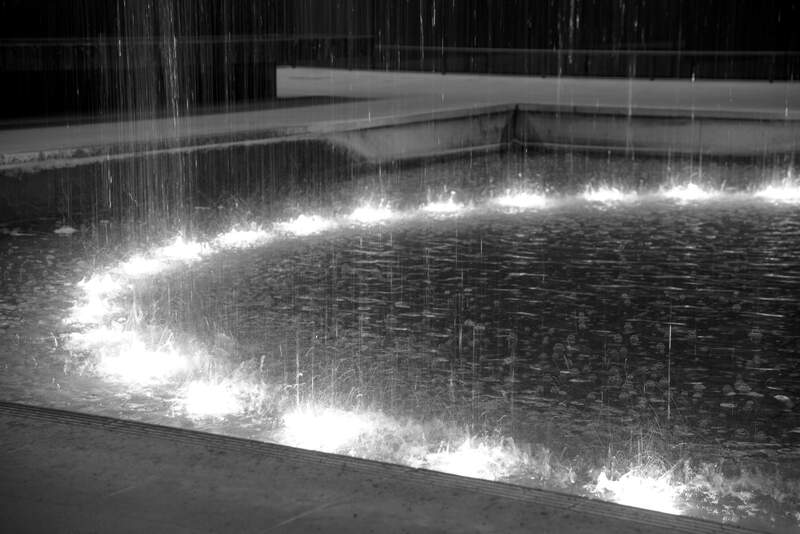 The waterfall hits the reservoir below