I recently traveled to San Francisco for for a big developer gathering. I stayed in the Omni again this time, but unlike last time I brought some synthetic workout/walking gear along with me. I figured that I’d take advantage of my flight schedule/jet lag to get in some early morning photo walks. Things worked out pretty well and I’d usually head out the door around 6AM and walk for about an hour to an hour and a half.

The light at this time of day is incredible. If it isn’t foggy, that is. Although I went out every day I was there (four), only two of the walks were actually fruitful for photo-taking. On these mornings the buildings stood out like stark sentinels looming over you. 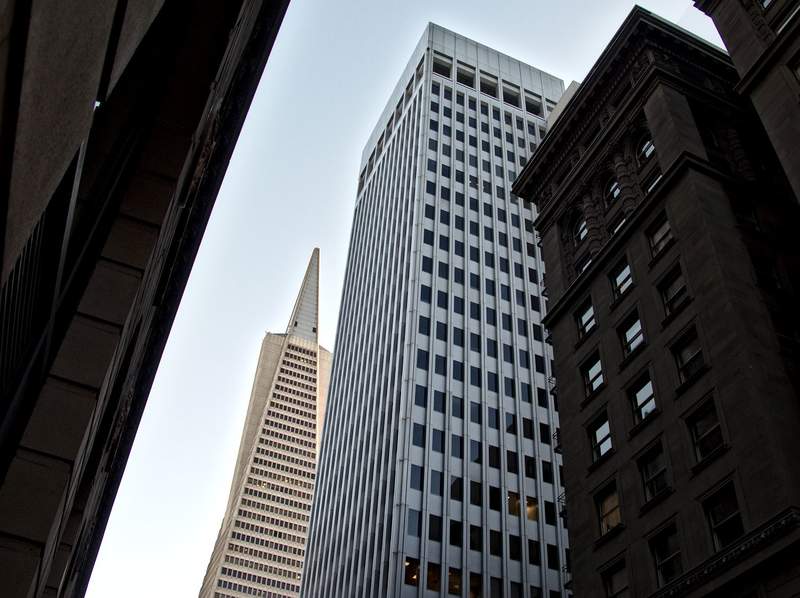 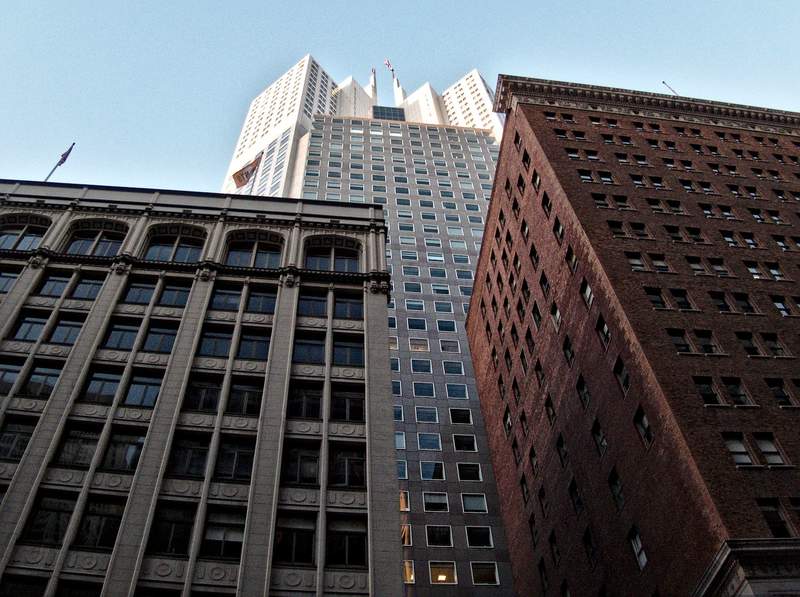 I also noticed a big array of plants in giant pots on one of my walks. I’d passed by the area over a dozen times and hadn’t noticed them before! Silly me. 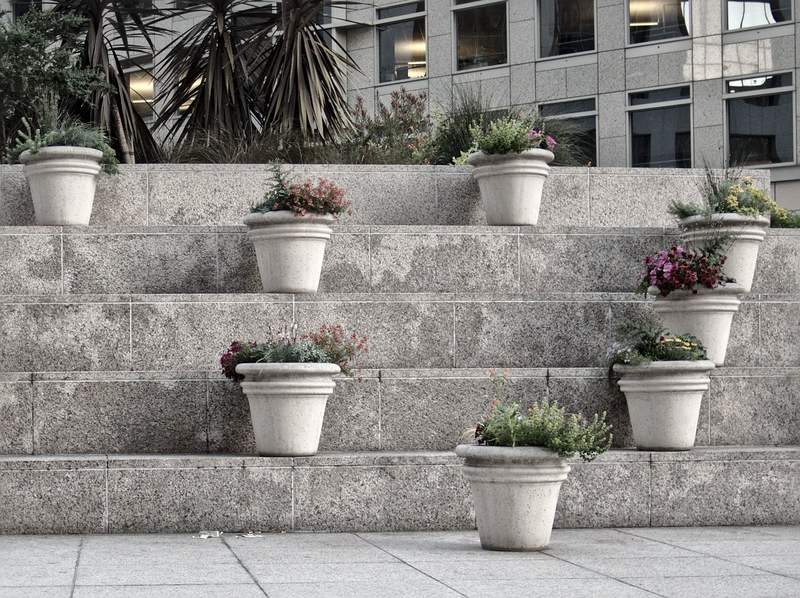 Tons of plants I hadn't noticed before 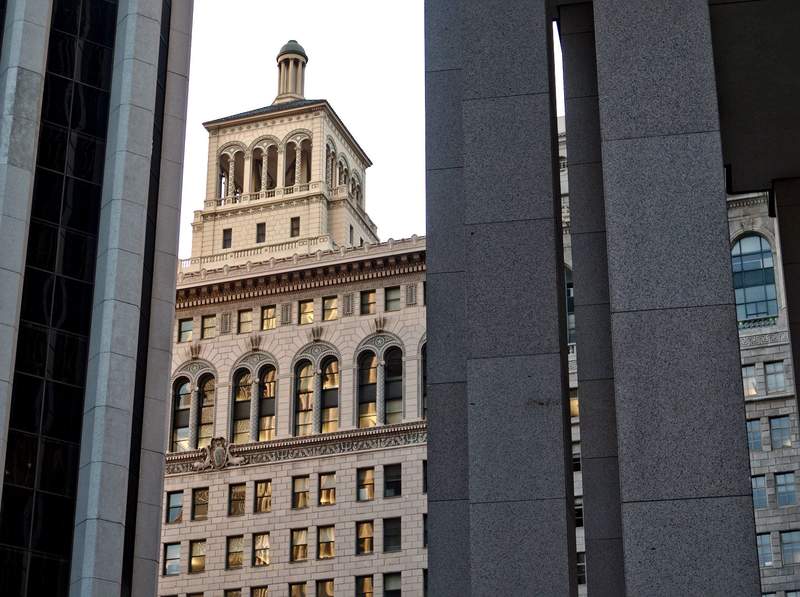 I loved having the sidewalk to myself. For the most part I was free to wander around as I pleased, only having to avoid the early-morning workers who were tasked with spraying down the sidewalks. 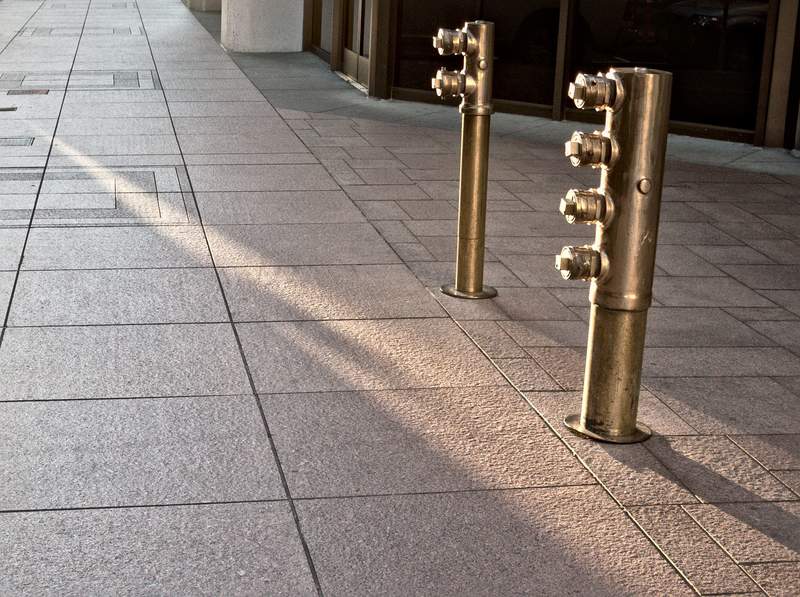 The light streaks down the sidewalk at 6:30 AM

Going inside the ferry building on the Embarcardero showed me that there was some activity going on. People were packed into the Peets Coffee there, which appeared to be the only open place. 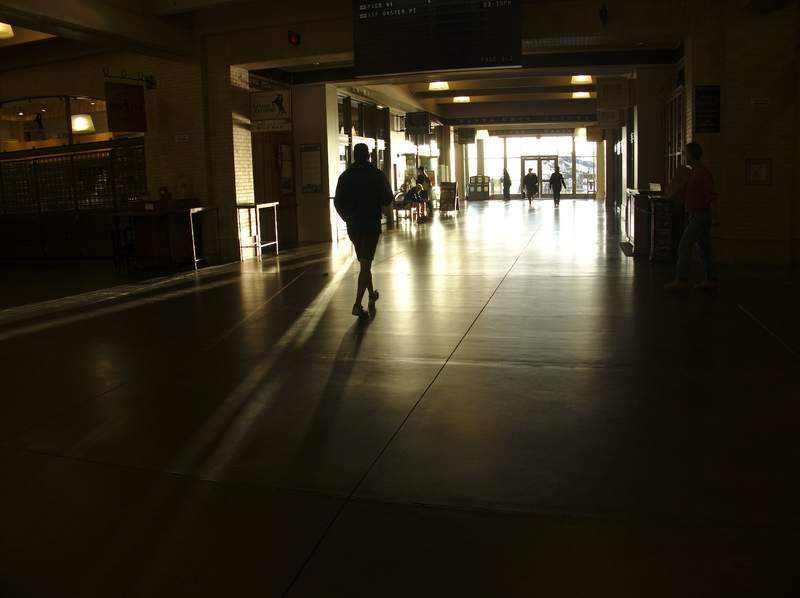 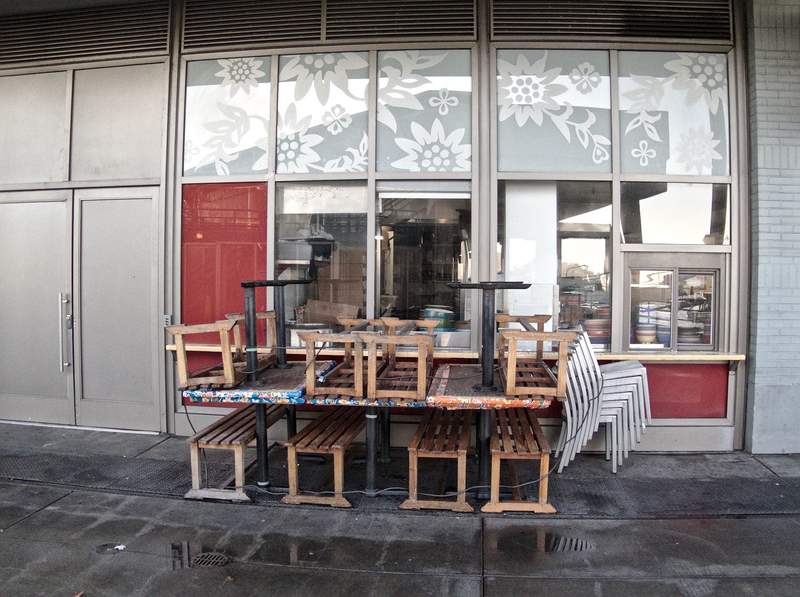 Going out on the pier gave me a beautiful vantage point of the bay bridge. It isn’t usually very crowded, but it was still refreshing to see it sparsely populated in the golden morning light instead of the harsh afternoon sun. 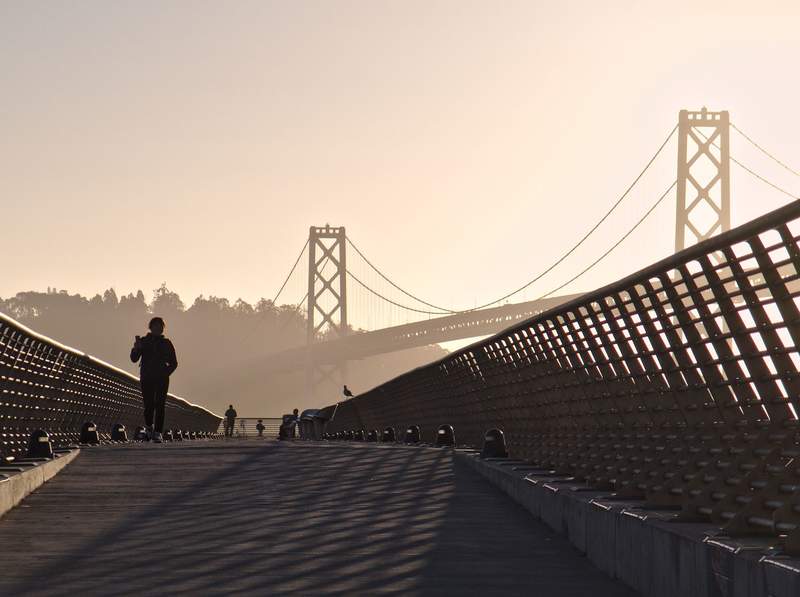 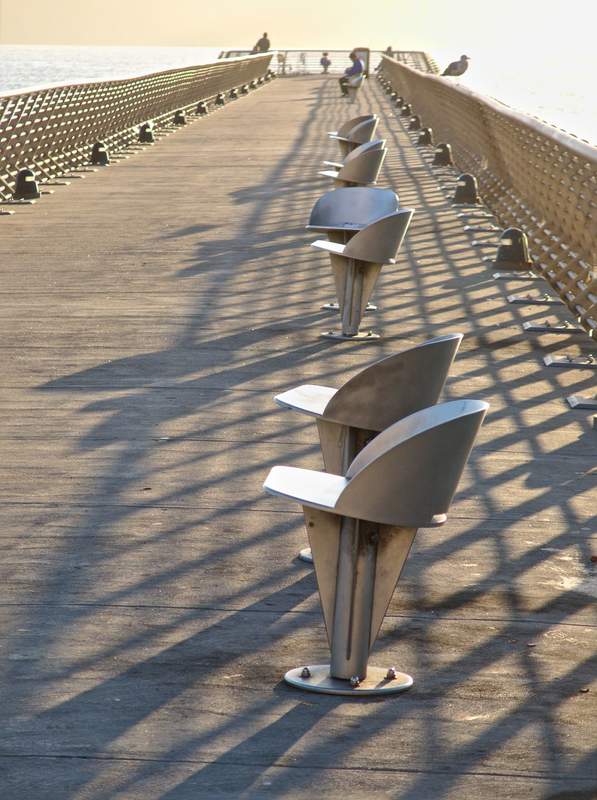 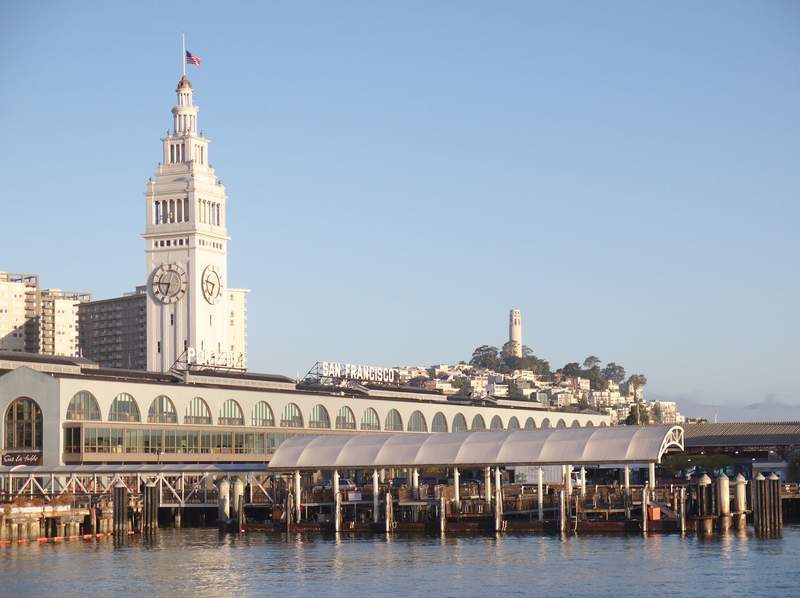 For more of a fitness challenge I went in the opposite direction on one of the mornings. California Street houses a huge hill (Nob Hill, I think) that always gets your heart going. As an added bonus you pass Chinatown on the way and end at Grace Cathedral. Sweet! 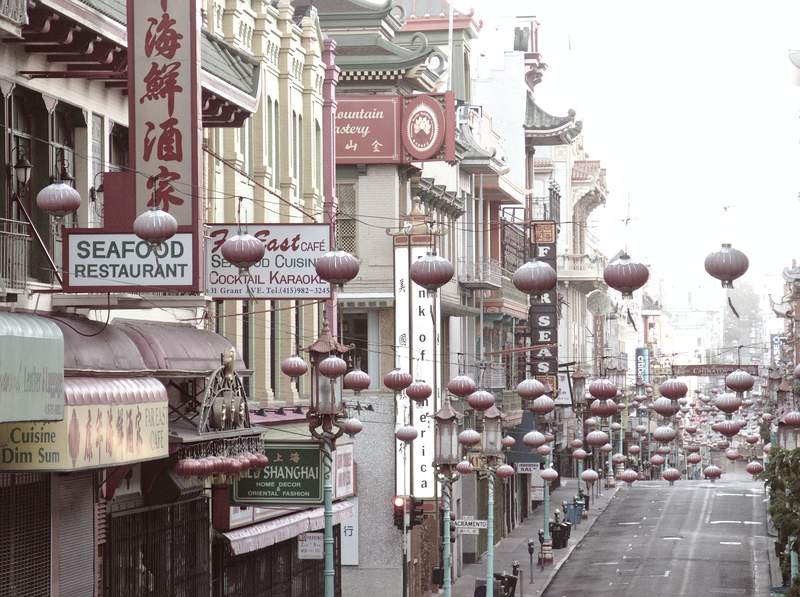 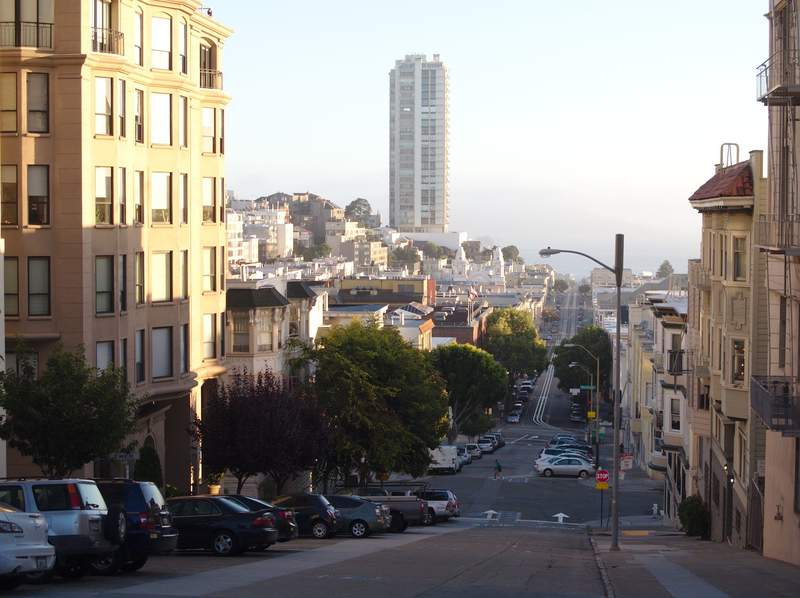 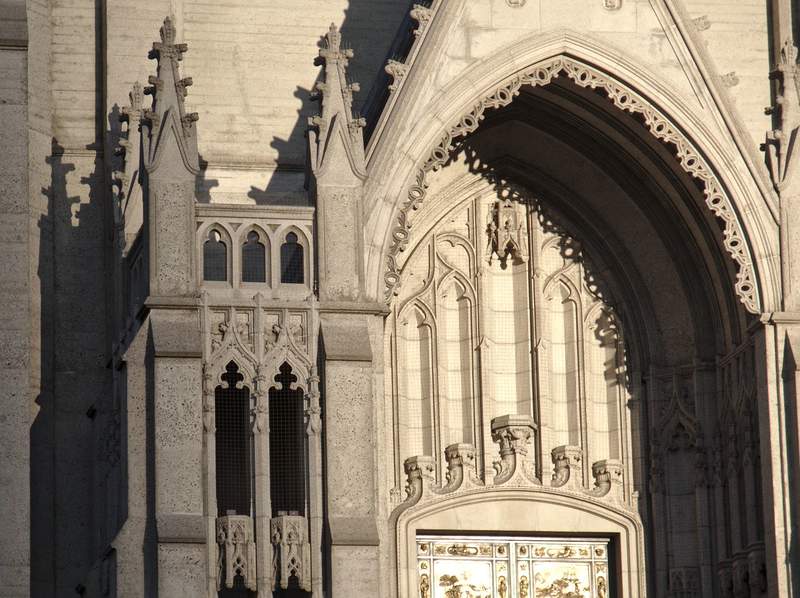 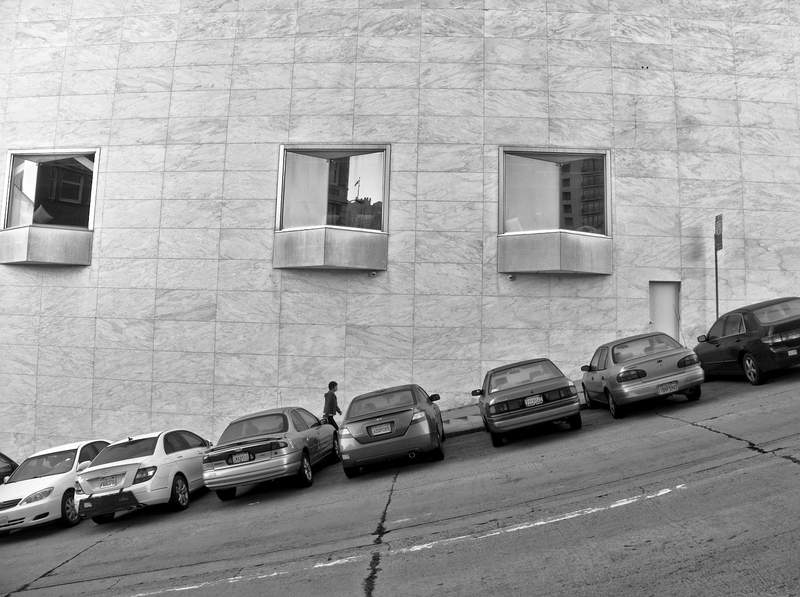