Whenever someone mentions that they haven’t been to Gettysburg, I immediately suggest taking them there for a tour. It’s such a beautiful place that’s full of interesting things to see and experience. This time the someone-s happened to be my parents, so I gladly drove them the hour and a half up there. I’ve been to the battlefield about a dozen times, but never in the fall when the colors were at their max.

My Dad’s hip is not getting any better with age, so mobility was a key factor in deciding where to go for the day. Fortunately the battlefield has a pretty extensive auto tour, so we all opted to go for that. We had the option to step out at any time anyway. If you have the time (and mobility), I’d definitely suggest going into the museum and corresponding cyclorama though. It is truly world-class and well kept, having been rebuilt in 2008. Restoration of the cyclorama also occurred at the same time. 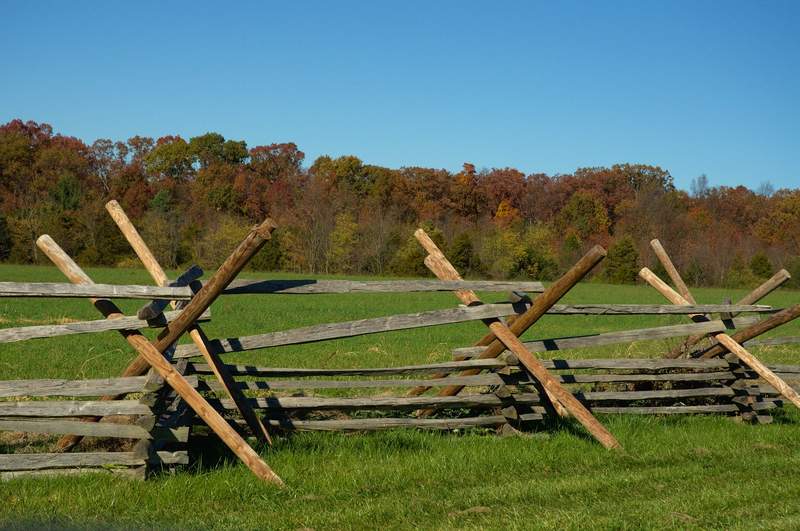 Fence posts in the fall 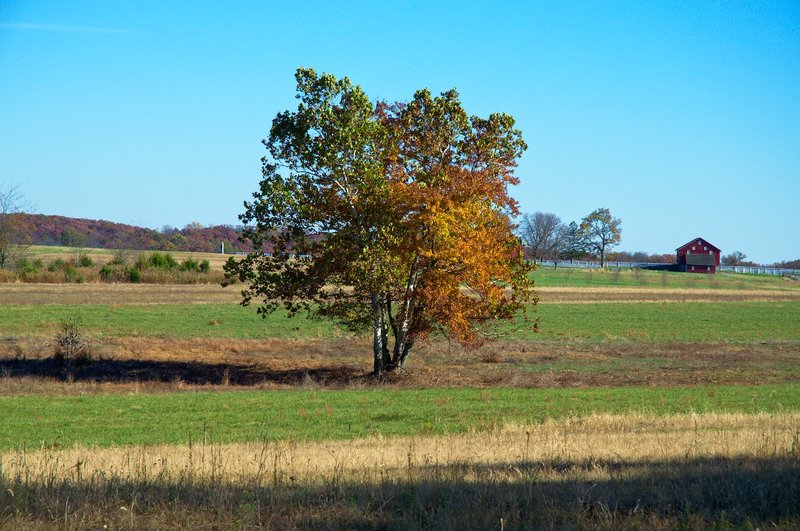 One of the must-see stops along the auto tour is Little Round Top. It offers commanding views of a significant portion of the battlefield, making it obvious why it was so bitterly contested on the second day of the conflict. The colors at this time of the year were simply amazing. 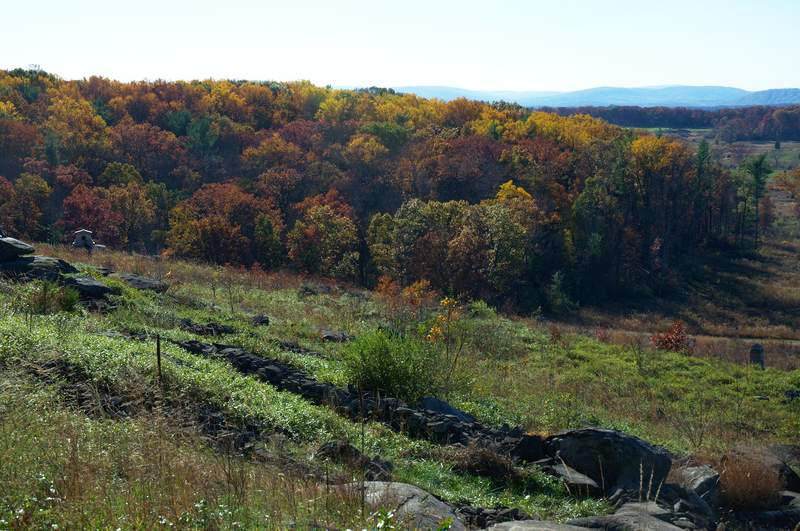 Looking southwest from Little Round Top

The statue of Gouverneur K. Warren stands proudly atop the hill. He played a pivotal role in rushing Union troops of the 5th Corps into position to defend the high ground. Had he not taken this action the Confederates would have gained a position where they could wreak havoc all along the Union line below. As it happened the position was barely held after a bloody fight and corresponding bayonet charge. 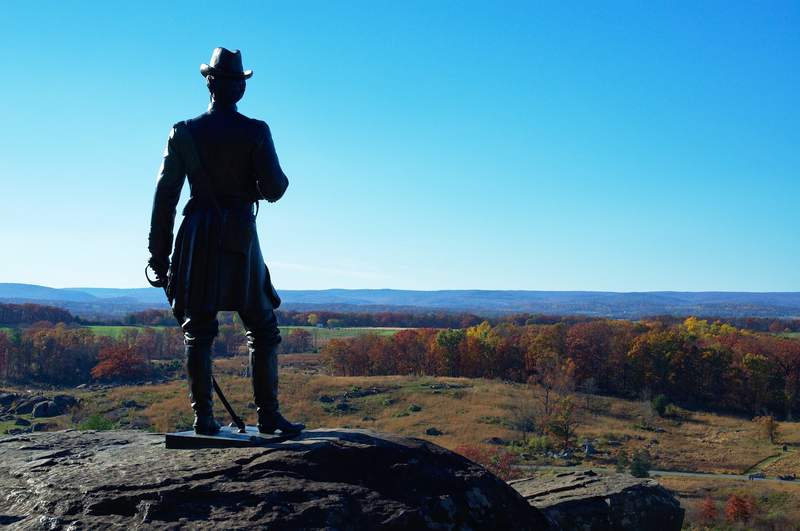 The statue of Warren looking towards Devil's Den

As you weave back to the center of the line, the huge Pennsylvania State Memorial comes into view. It is the biggest state monument in the park, and it is impressive! It is full of intricate sculptures and placards. It has a stairwell to an upper platform that has great vantage points as well. 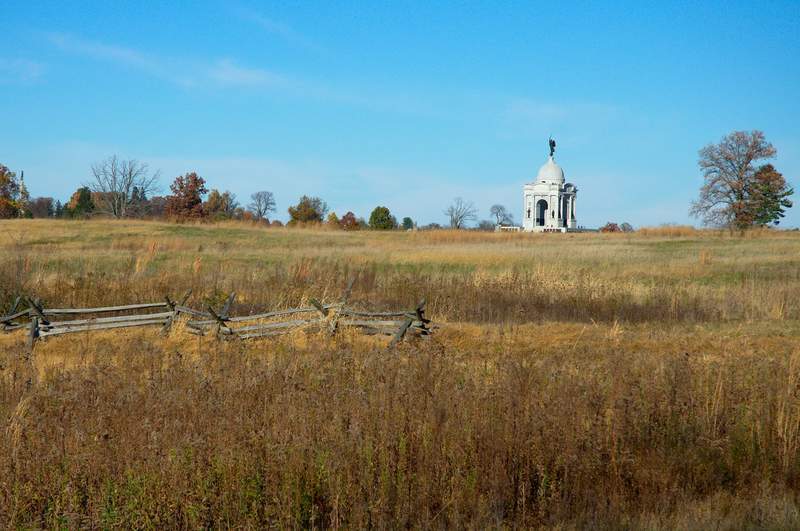 Having completed the auto tour, my parents (and kids) had seen enough of the field for the day. The breeze and chill was picking up and it was time to go home. I was happy to experience that hallowed ground again, and I’m sure I’ll be back before too long.