I got an invite to go out hiking once more before the year was over, so I jumped at the opportunity. It was hiking Maryland, which I’d done before, but not in this direction (heading north). Two years back I had done 33 miles out of the 41 in a miserable, grueling attempt at completing the four state challenge. This time we’d be doing the journey over three days.

Jerry picked me up bright and early on the first day, and we made our way up to Pen Mar Park on the Maryland - Pennsylvania border. Chris met us up there shortly thereafter. After staging a few things in his truck, we all hopped into one car and made way to Harper’s Ferry, where the journey began. The morning was crisp and the colors were changing in the trees already. 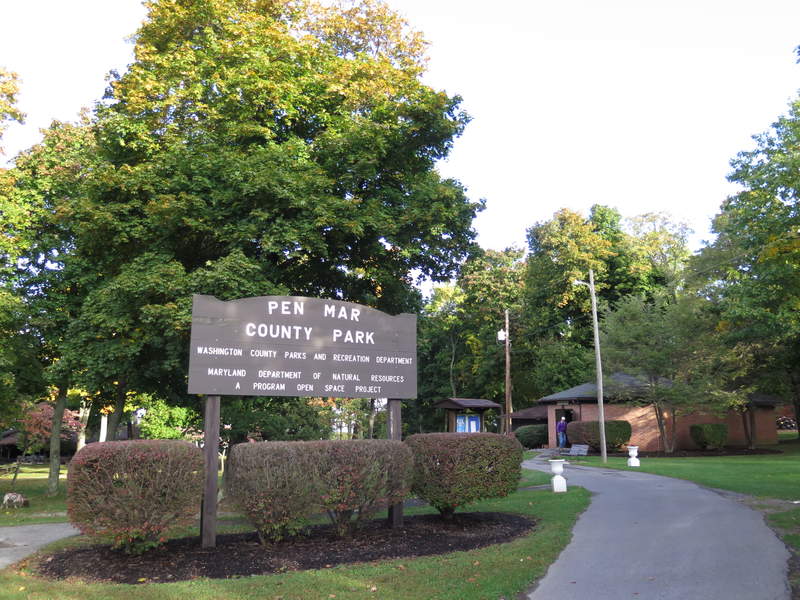 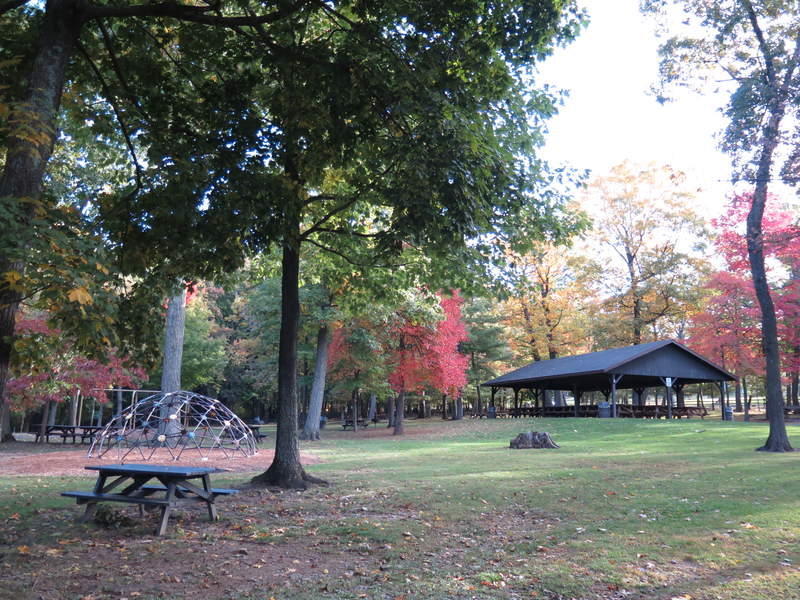 The leaves are changing all around 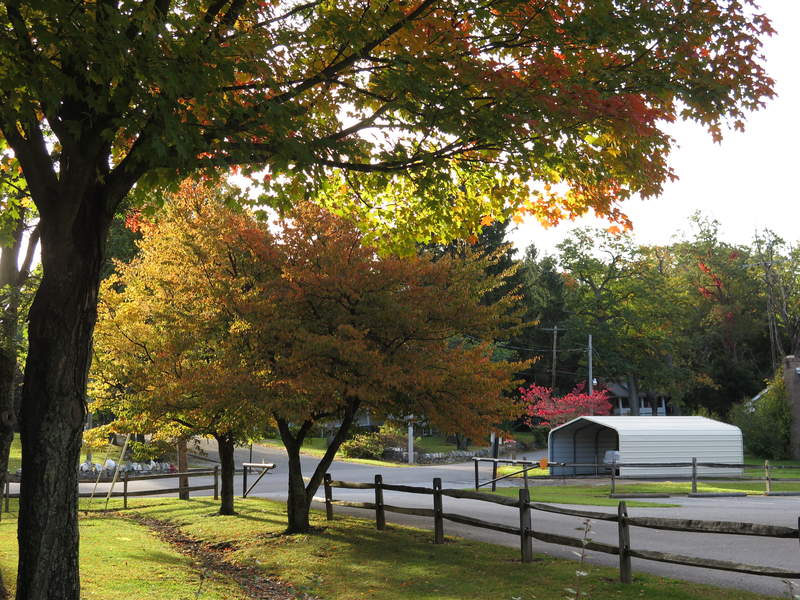 Beautiful light as we leave the park

We cut off the first three miles of the trail near Harper’s Ferry, opting instead to park in the lot off Weverton Road. This avoided a boring hike along the C&O towpath and also an easier place to park. A quick trip up led us to Weverton Cliff in about a mile and a half. From the cliffs we could see for miles, and weren’t tired yet due to the short distance. 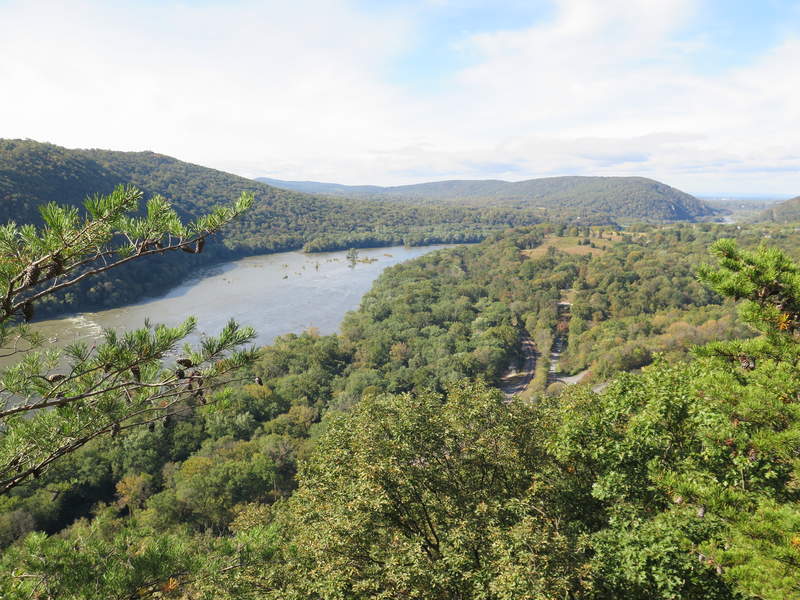 The view from Weverton, mid morning 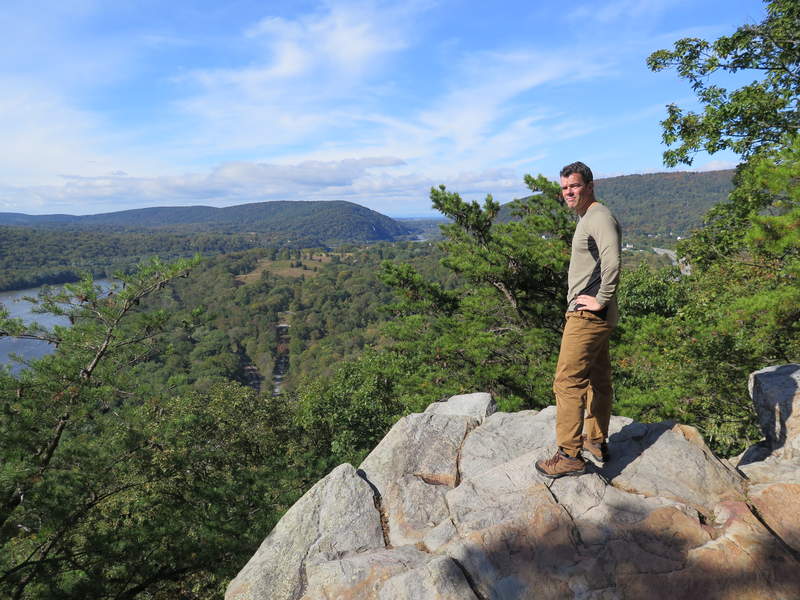 Jerry on top of Weverton Cliffs 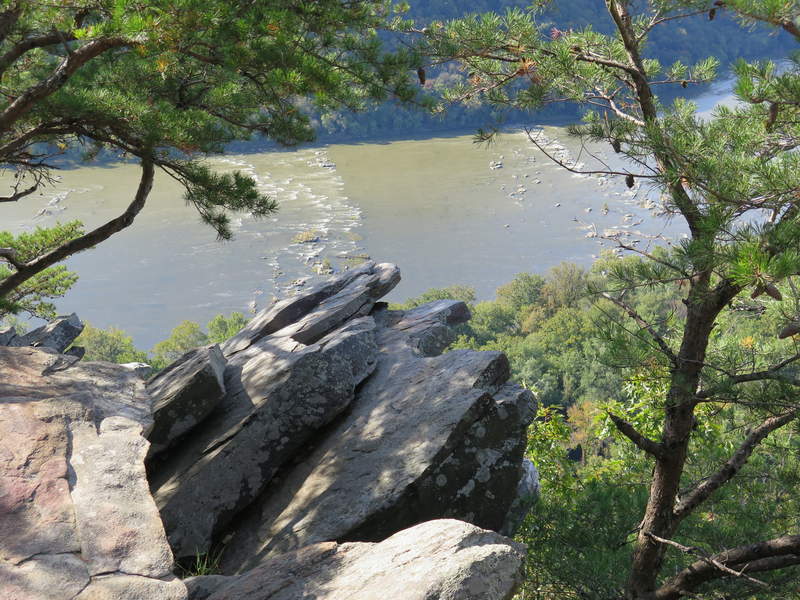 The water is a bit high from all the rain

Three miles further up the trail we came across the Ed Garvey shelter. It was 11:30, so we decided to get some lunch while we were there. Jerry went on a huge downhill trek to get some water from the spring while Chris and I munched on what we’d brought. We talked a little bit with the two women who were there when we arrived. 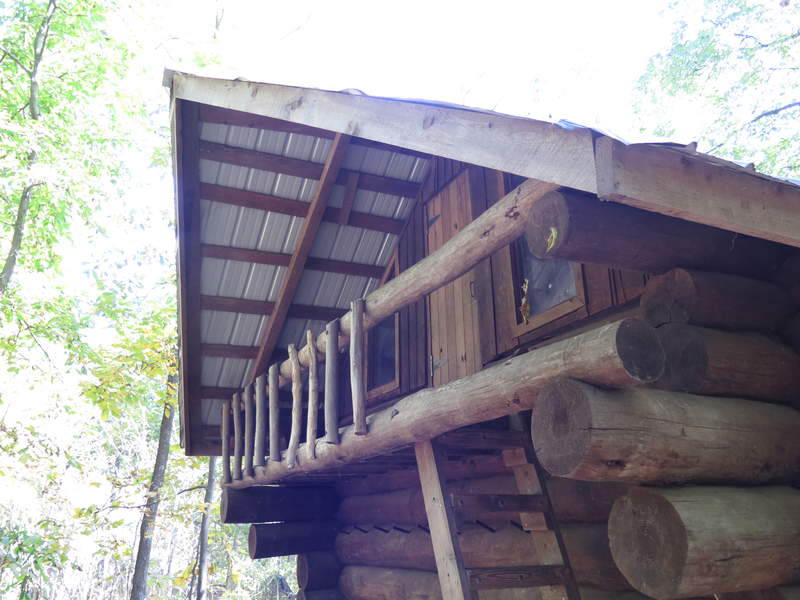 The back loft of the Ed Garvey Shelter 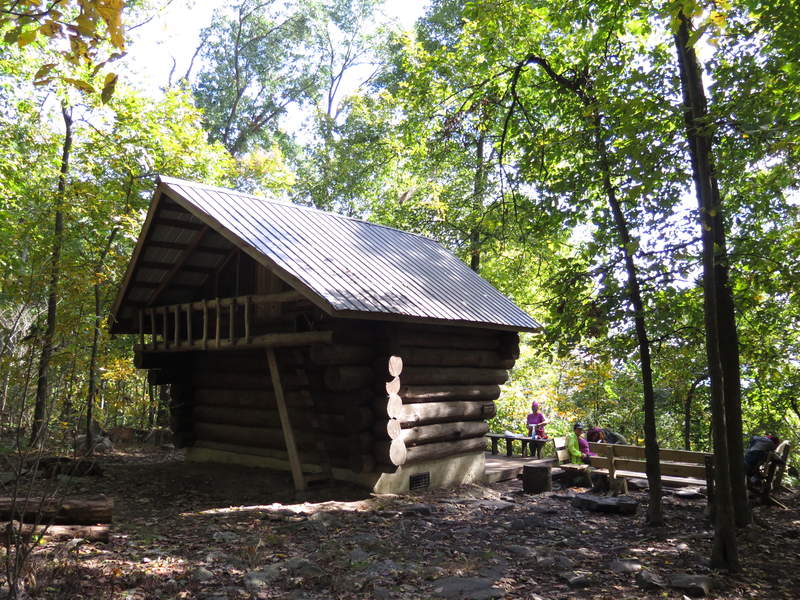 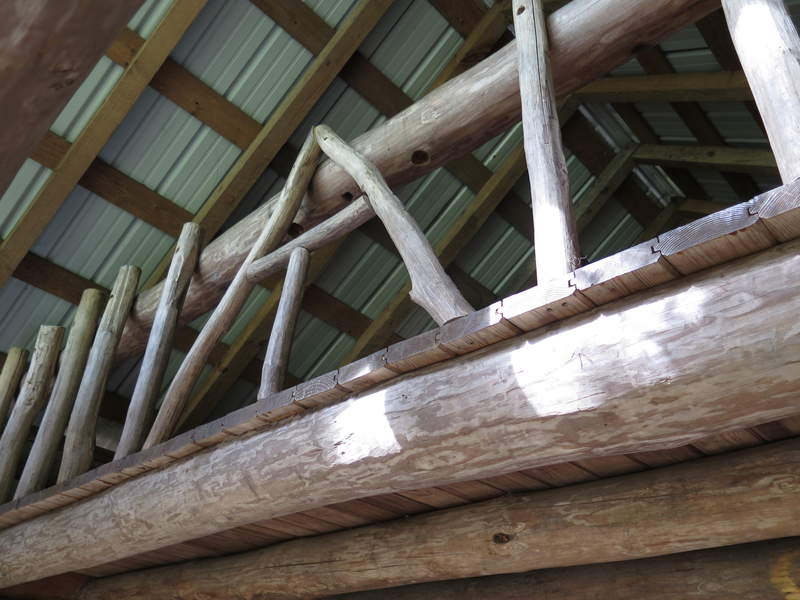 An easy hike further led us to Gathland State Park, where we took a breather and grabbed some fresh water from a spigot. We admired the civil war era buildings as well as the war correspondent’s memorial, which dominated the center of the park. 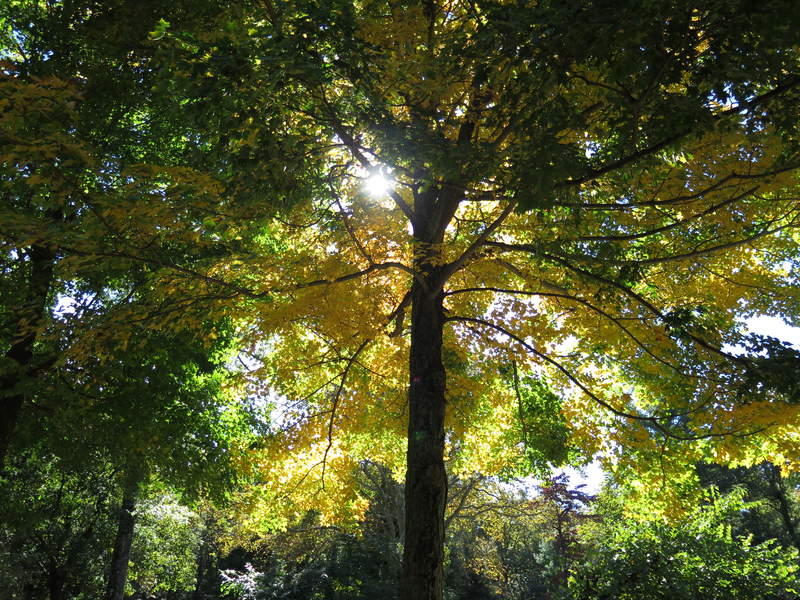 The leaves are just amazing this time of year! 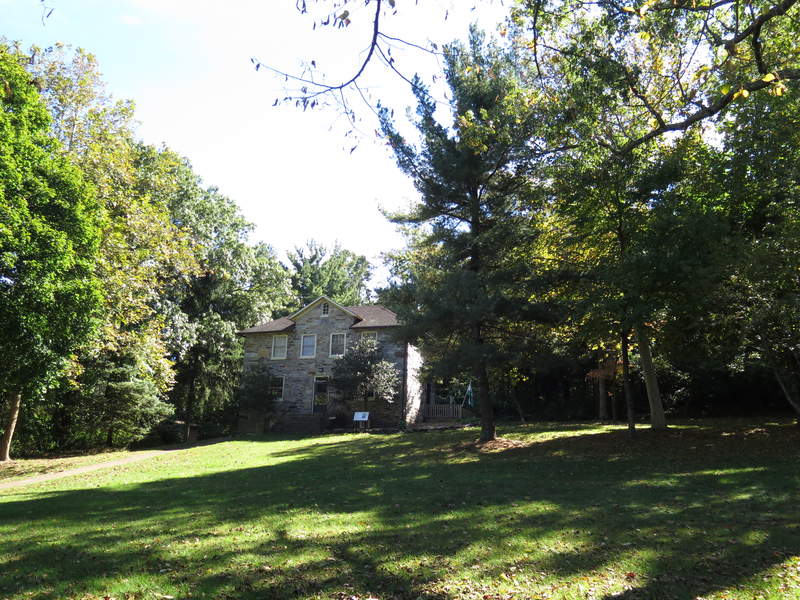 One of the old houses near the War Correspondent's Memorial 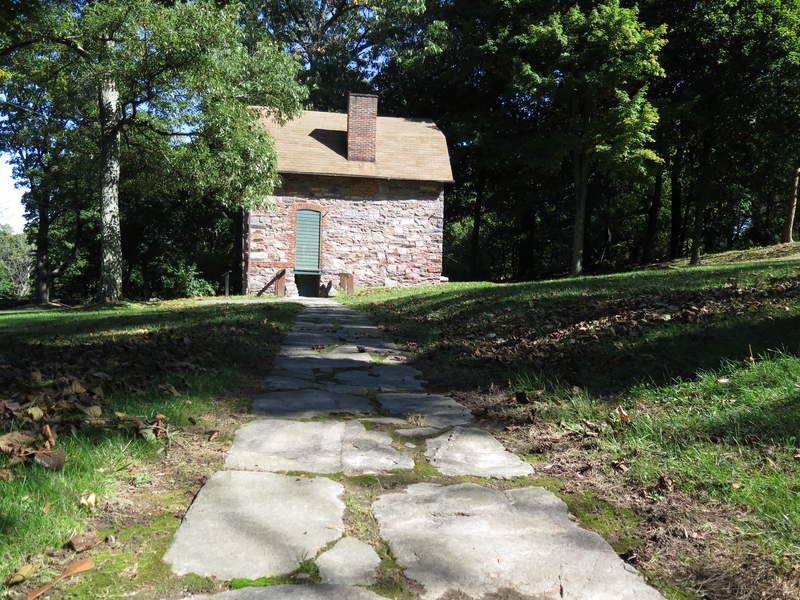 Another old house near the WCM 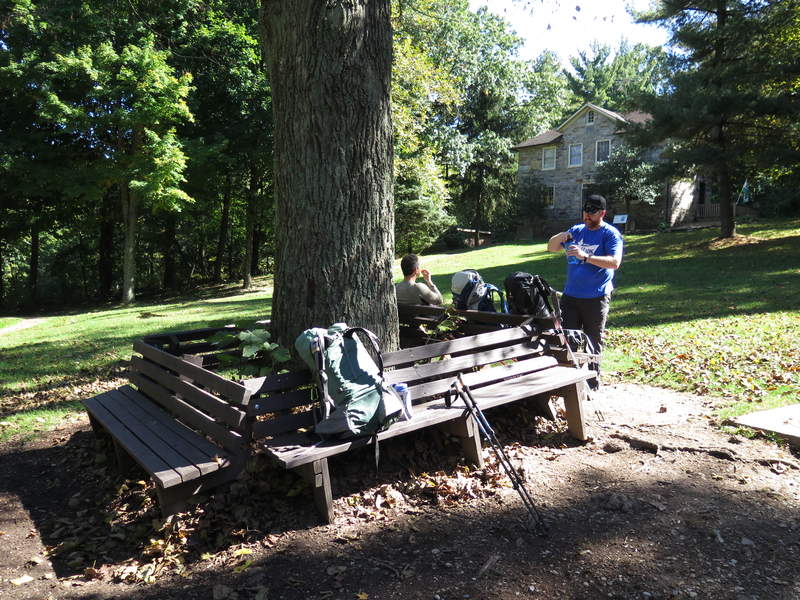 Taking a breather and filling up on fresh water 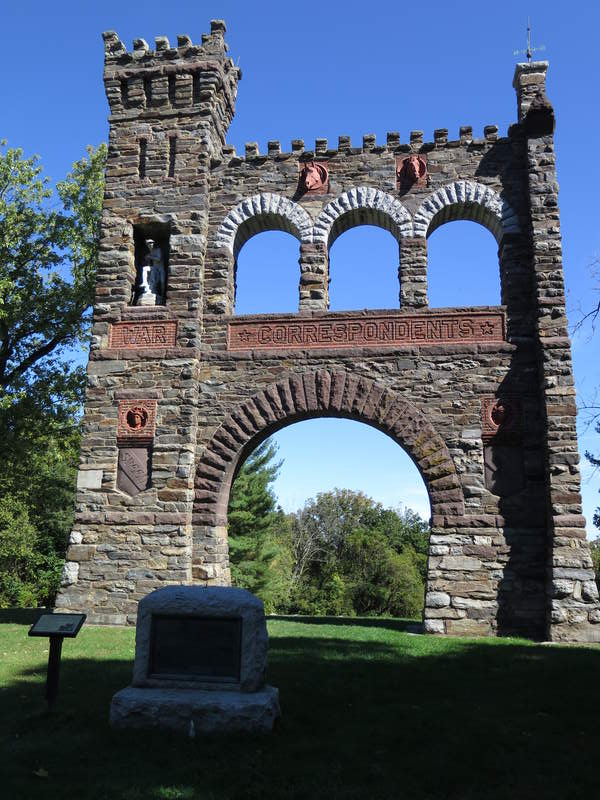 After a short detour in the wrong direction, we reoriented ourselves in the right direction. We’d planned on staying at Rocky Run Shelter. On the way we’d be passing Crampton Gap Shelter. We arrived at Crampton after getting a nice view of White Rock Cliff. Lambs Knoll was also cited in the map, but we neglected to see any signs for it. Our theory is that a side-trail that appeared to only contain a cell phone tower also included this sight. Paying no mind, we continued on through some rough downhill and made it to Rocky Run around 5. We set up camp quickly and started socializing with the other campers in the area. There were tons, including an already inebriated family with two children in tow as well as a dad who was out with four of his sons (leaving three of his other children at home). We all got ice cold beers from the already-drunk parents, putting a nice cap on the day (even though it was Coors Light…boooo). I hopped into my hammock around 7:30. 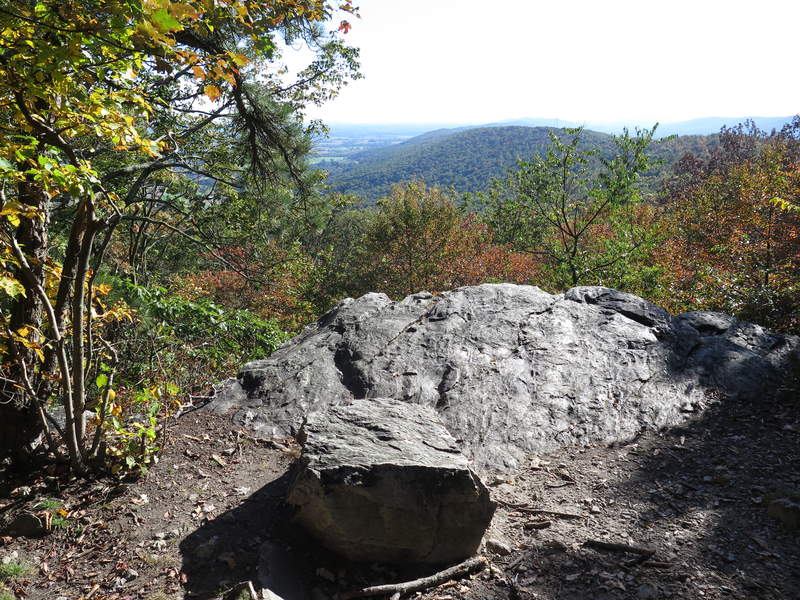 The view from White Rock Cliff 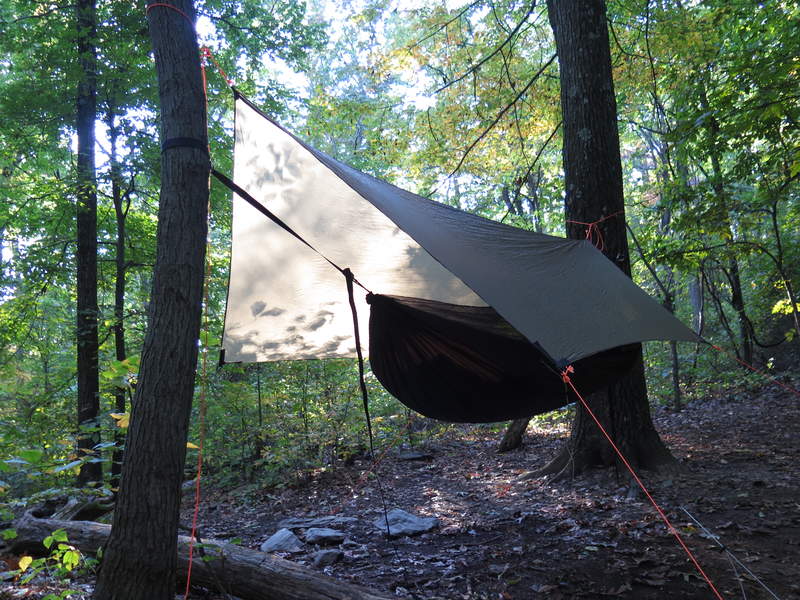 My hammock, set up for the night at Rocky Run 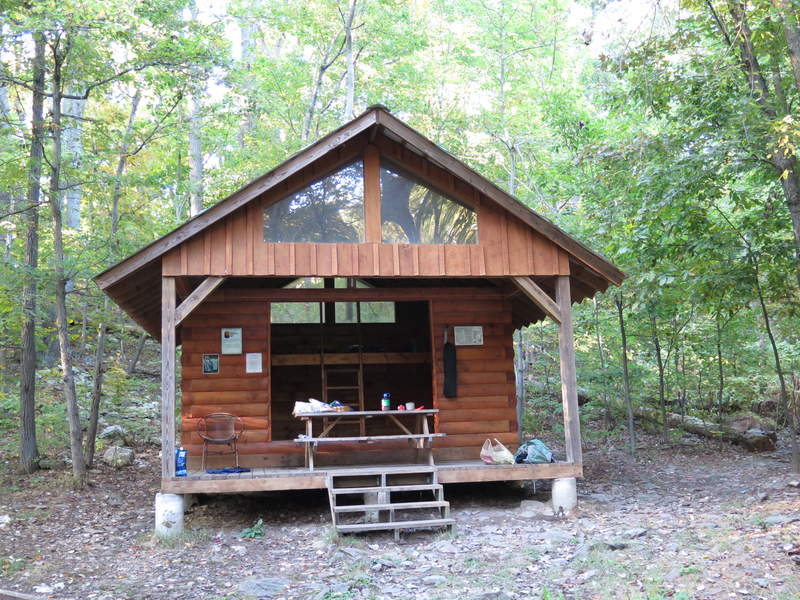 The new Rocky Run Shelter. The old one is much further down the hill. 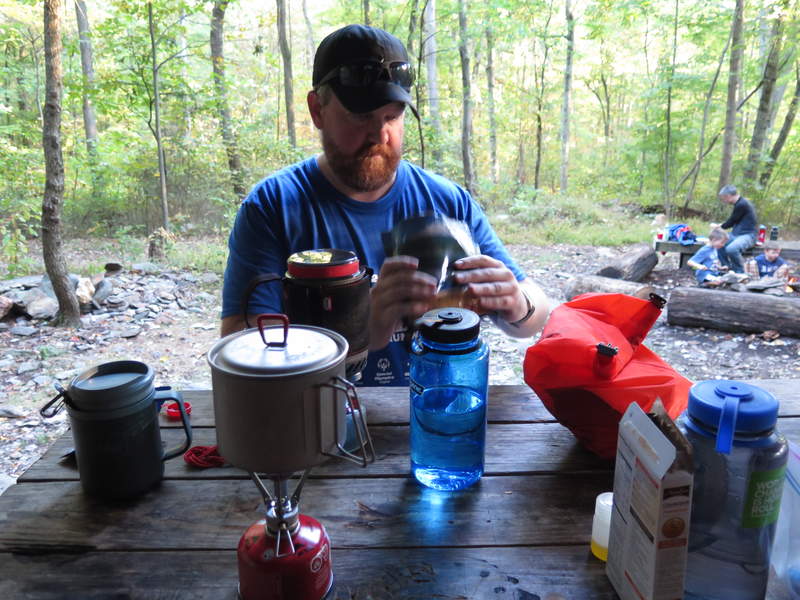 In my opinion one advantage to being out so late in the season is the early sunset. I found that it made me sleepy at the right time of the day where I could grab some quality sleep in the hammock. It was such that I could get enough sleep before the temperature dropped early in the morning (say, 4AM). After the temperature dropped, I found myself having to maintain a much more straight-and-arrow posture in my hammock in order to keep away from any cold spots. My sleeping pad just didn’t have enough width to keep me completely warm through my turning through the night. I wouldn’t say that I was uncomfortable at any point, but it was slightly annoying and something I’d like to avoid in the future. I’ll have to give it some thought.