I woke on day 3 well-rested and refreshed. The previous evening had been a perfect fit for the 10 or 15 degree bag I brought with me for the trip. This was the complete opposite of the previous night where I was half-sweltering and half-comfortable. Others expressed slight annoyance at the breeze and the cold coming across the face of Mt. Rogers, but it appeared that everyone got at least a moderate amount of sleep. Dreamer in particular looked especially comfortable. When I went to wake him up he had tucked himself completely into his bag such that he wasn’t even visible!

We gathered all of our things and ate breakfast as the sun came up. The fog was rolling over the hills all around us, so our visibility was limited in the distance similar to the pictures I see of the smokies. At about this time I was particularly happy with my decision to bring powdered coffee and sugar on the trip. It gave me that extra little boost of energy for the last push home! On account of the better sleep, my feet has also thankfully recovered from the pounding I’d been placing upon them.

We struck out from camp about 7:30 and started to make our way towards Wilburn Ridge. I was excited to see what it had to offer since Dreamer and Compass had been mentioning it as a highlight from the year before, when I was absent due to food poisoning. En route to the open area of the ridge we encountered two ponies astride the trail, one of which appeared to be pregnant! They didn’t budge as we carefully moved around them to carry on. 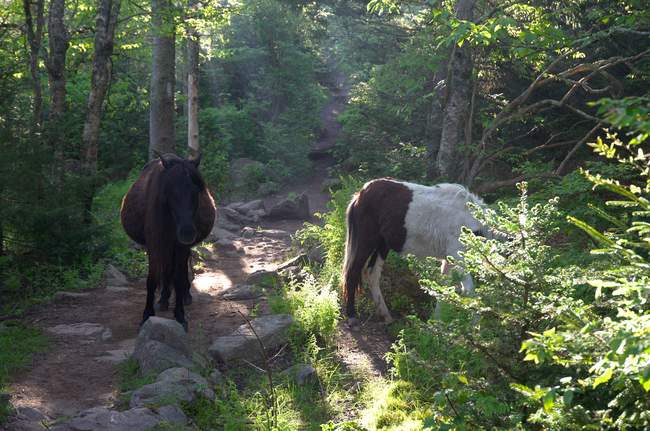 We are greeted by two ponies early in the morning. One of them a double-wide! 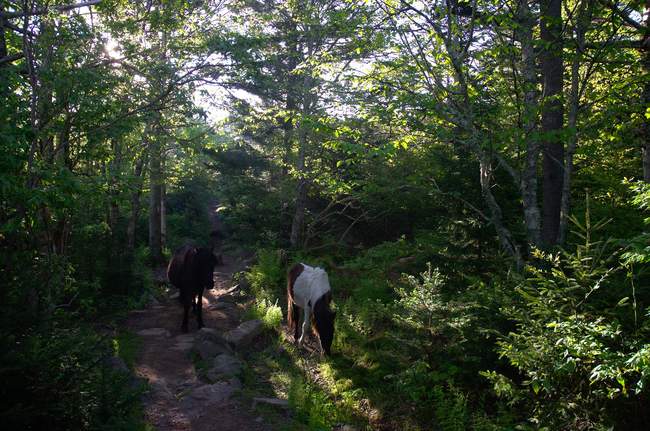 Two ponies standing guard on the trail in the early morning 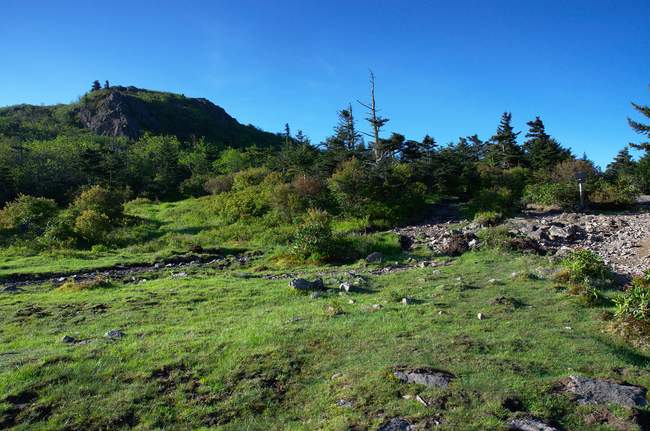 We arrived at a clearing on the ridge and the view did not disappoint. The broken rock and exposed location made the vista extremely photogenic, so I set about taking all manner of panoramas and general photos of the area. I even went to the point of shifting around my pack contents to allow easier access to my shamefully big camera. Where previously we’d come across a photo-worth site every once in a while, it appeared this ridge was full of good shots waiting to happen. To have to remove my pack to get to my camera was simply unacceptable anymore. 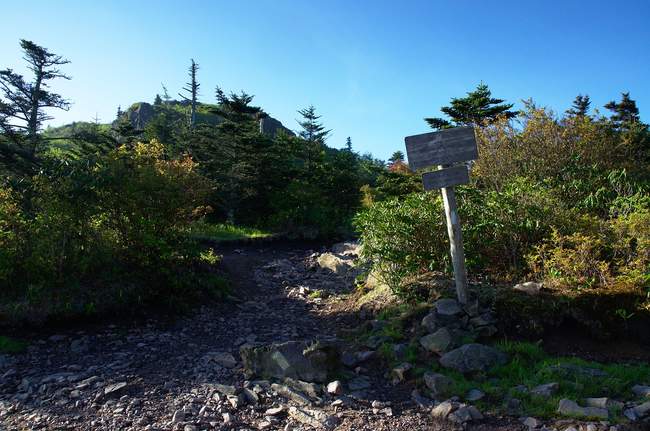 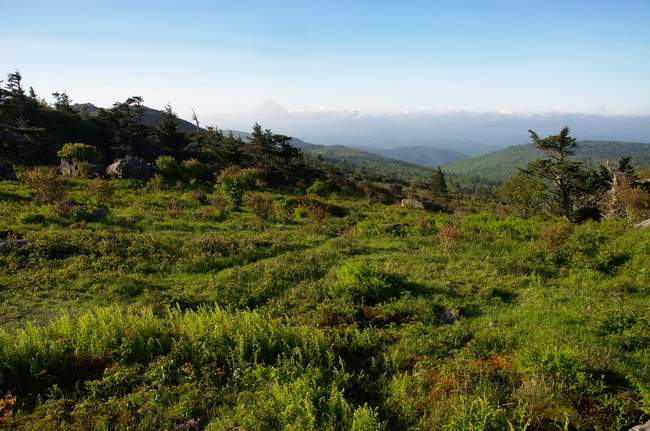 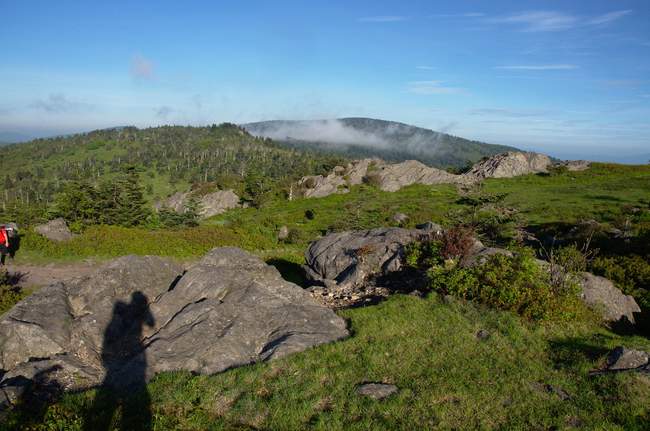 Turning around to capture the rolling fog 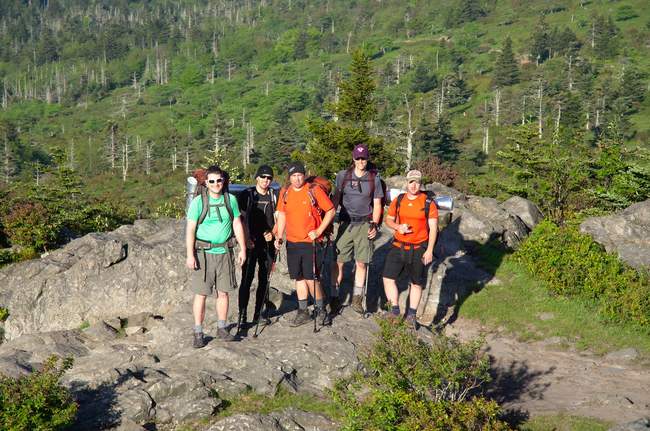 Looking down on the group after a tough but successful trip. We are almost done! 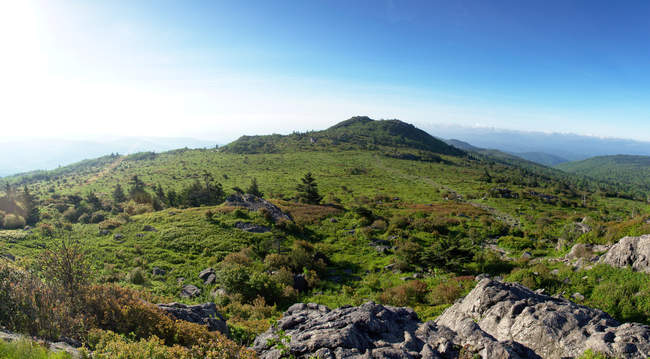 This ridge is rocky and punishing on the feet, but beautiful nonetheless 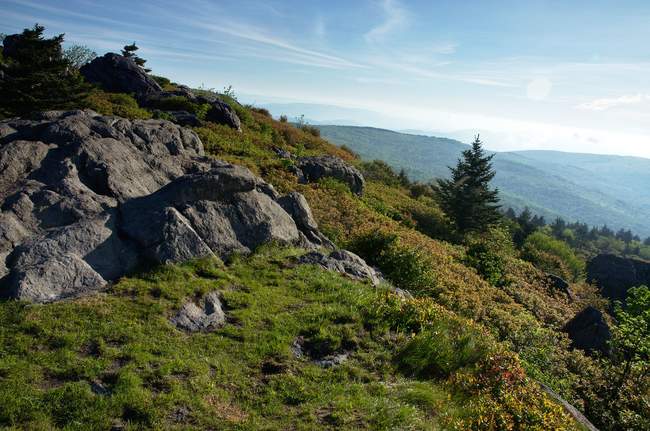 We rambled downhill to Massie Gap and took a breather. We had been discussing taking a side trail to save a little bit of time, so we took the opportunity to confirm this amongst ourselves. We opted to take the Scales Trail to avoid an overly-rambling section of the AT near Stone Mountain. Shortly after crossing Big Wilson Creek we sat the trail sign for Scales and took a hard left. 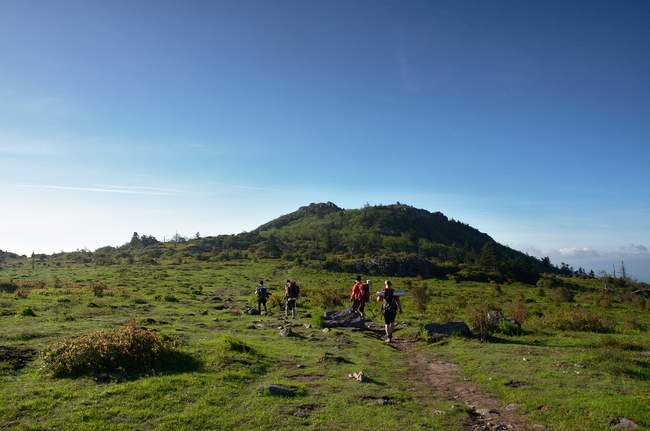 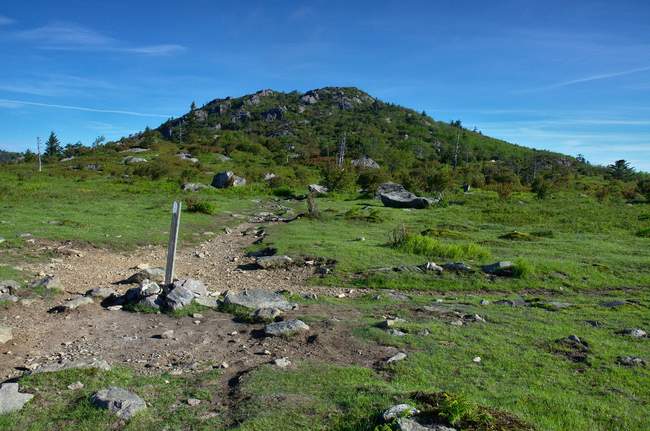 The junction of several trails 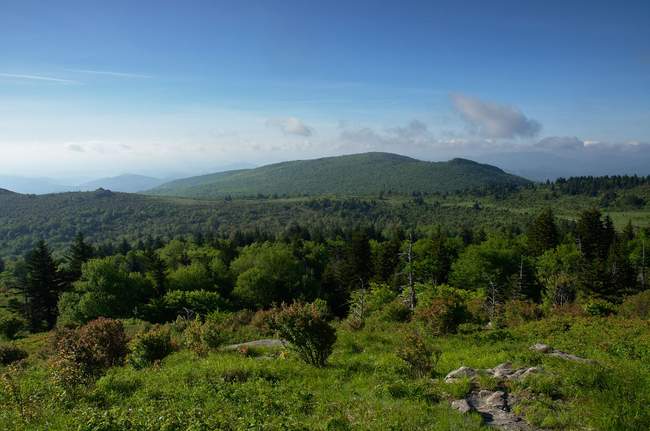 You can see the worn path we're about to take 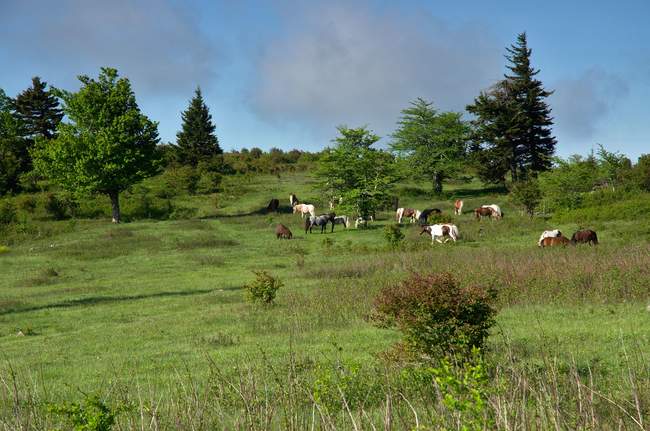 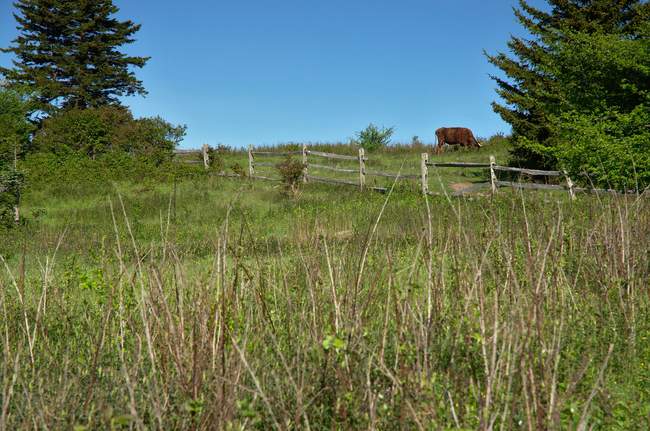 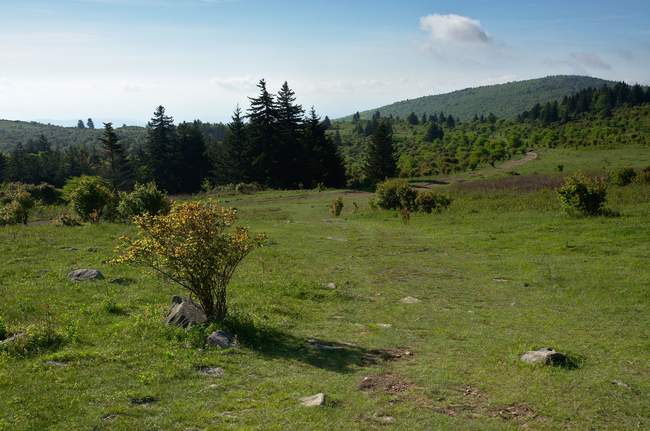 The path leading to the scales spur, where our heart rates skyrocketed one last time

No shortcut comes without a cost, as we soon found out. The trail was essentially straight up the entire time, and also just as rocky as anything we’d seen thus far. The breeze also ceased to blow during the ascent, depriving us of some much-needed relief. We were all drenched in sweat in no time at all. By the time we reached Scales one mile later we were all exhausted. We collapsed near the trail map after determining that we’d saved about a mile and a quarter from our total distance.

The rest of the day’s hike was mostly downhill and uneventful, with the exception of one deviation. Out head-down, tired mode of walking had caused us to lose track of the AT blazes. Before we knew it we were met with thick undergrowth and a complete lack of trail. We’d missed a right-hand turn a quarter of a mile back! After back tracking to get ourselves on the AT again, we were back in business.

We see-sawed downhill until bottoming out at the AT parking lot on VA route 603, where we all assembled our gear to head back to Damascus. We hoped we’d find a suitable place to eat there, but much of the town seemed to be shut down for the holiday. We chose instead to head north on I-81 to get to the nearest Waffle House. We were fortunate in that Factor had to head this way also - the nearest one was over 25 miles north! We cleared the Waffle House in Wytheville, VA of just about all of its calories and then said our goodbyes. Our 2015 Memorial Day danglers hike was another resounding success!