The family was overdue for a trip to the Smithsonian Air and Space Museum. It’s just down the road, so it’s a good trip for a cold or rainy day. It just so happens that it threatened to snow yesterday, so there you go!

I’d been to the museum before several times, but I didn’t have fast enough lenses at the time. I brought my 35mm f1.8 this time around, so I was able to get all the pictures that I wanted at reasonable ISOs. It didn’t disappoint, and I’m certainly putting it through its paces. I’m sure that this lens is going to be fixed on my camera for the majority of the time going forward. 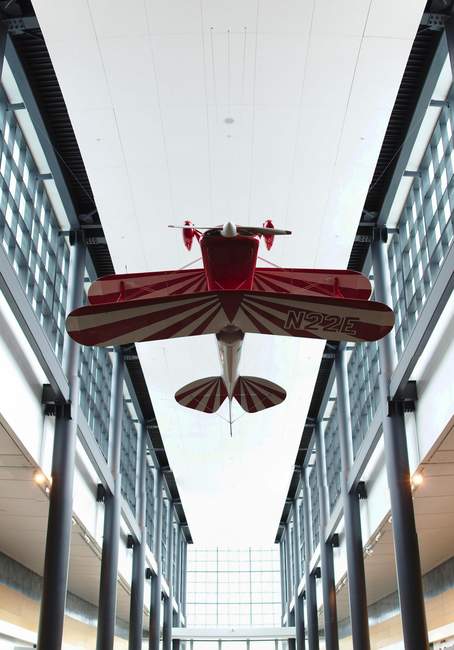 Right after the entrance

The museum has a ton of planes, many of which are hung from the ceiling with cabling. It makes you wonder how they actually hang them in those intricate positions. 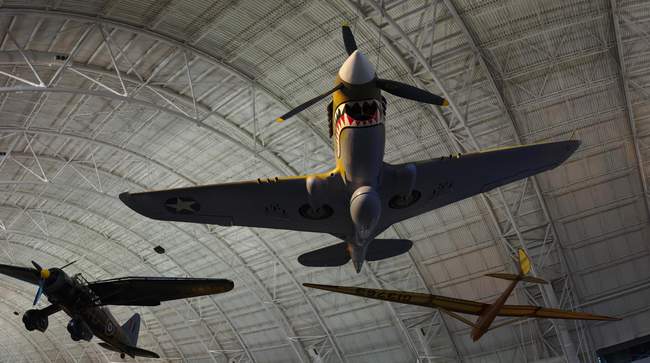 I love how they've organized everything with the cables

One thing that’s useful as a photography-convenience is the floor all throughout the museum. It’s a solid neutral gray, making the metering a no-brainer. Given that I was there with the whole family, every little bit of time saved helped. I hate having the feeling that I’m holding people up by taking pictures, so I always strive to proactively meter areas as I walk. 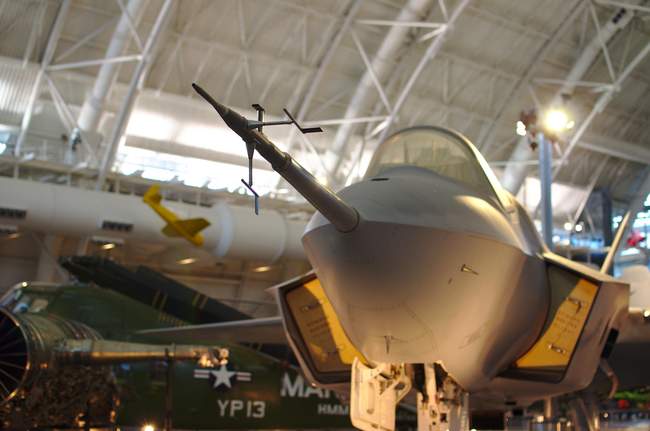 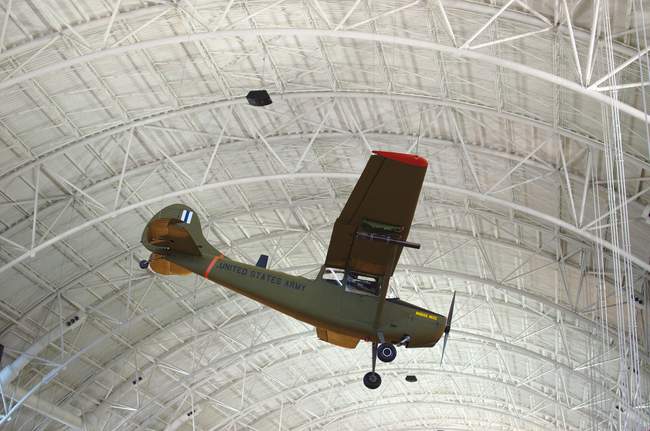 My favorite part of Udvar-Hazy is the space flight area. The big draw there is the space shuttle Discovery. It’s truly awe-inspiring, not to mention huge. You can get so close to it you can read the serial numbers on the various tiles that make up its outer “skin”! 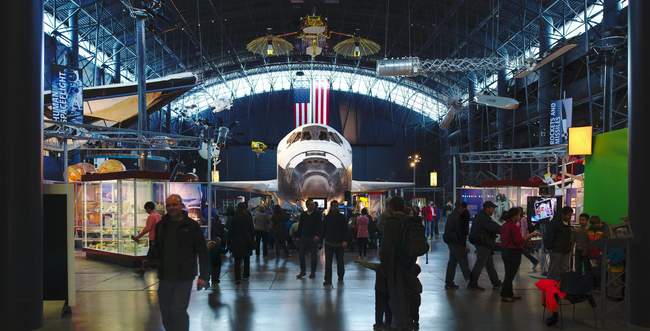 My favorite part of the museum - the shuttle Discovery!

This beauty spent over a year in space. Awesome.

The business end of the Discovery. 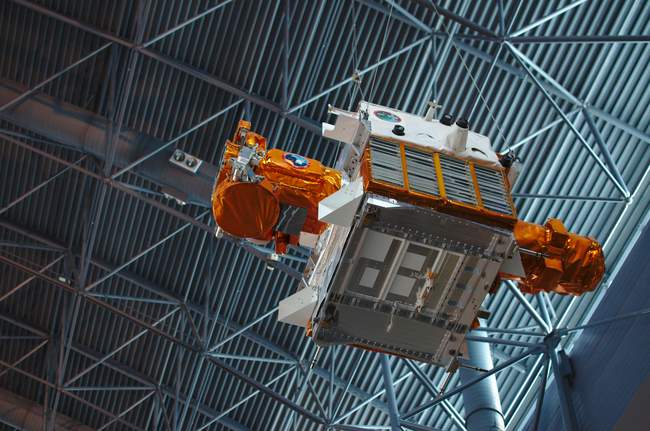 The museum also houses the Enola Gay, the first aircraft to drop an atomic bomb. It’s also huge and required about 6 photos across to get its width. I still didn’t get all of it! In all fairness to me, it is in an awkward spot from which to take shots.

So old, yet still a beauty 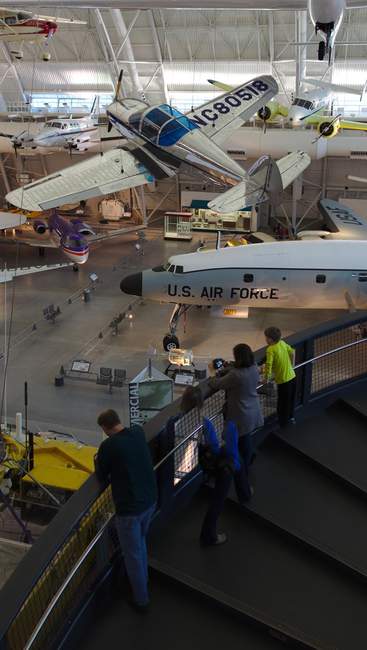 The spiral stairs, for scale

Just before leaving I took a picture of this Air France jet stretching across the entire width of the museum. It’s hard to comprehend how huge the craft was until you were looking down on it from above.

This vertical pano doesn't do it justice. It is really massive. 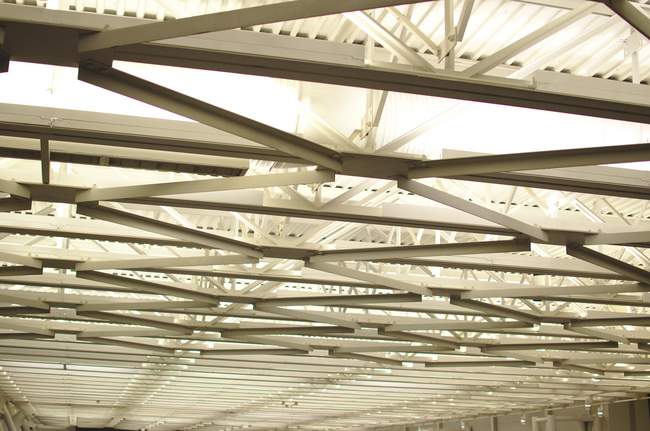 It’s really a great place to visit. If you’re in the area, it is well worth the $15 parking fee. Just remember to take a fast, wide lens!