For this year’s hike I wanted us to all travel down to the bottom left-hand corner of Virginia. We planned to tackle Mount Rogers - the highest mountain in Virginia - as a capstone to our state hiking career. After a brief couple of email exchanges, our attendee list was whittled down to four: myself, Factor, Dreamer, and Compass. I sent out a tentative schedule that called for 42 miles over three days and two nights.

Everything started out innocently enough with a trip down to Fredericksburg. I took the day off work and met Dreamer at his house around 1. We grabbed an awesome lunch at Allman’s BBQ (if you haven’t been there, do try!) and went back to finalize packing while we waited for Compass. He arrived around 3PM and we piled into his Ford and onto the road. We spent a happy trip listening to all variety of music and watching (or listening) to Chevy Silverado parodies along the way. We arrived in Marion at 8PM and immediately looked for a place to eat. We settled on a place called “The Wooden Pickle,” where I had a burger and the others had some gourmet mac and cheese. We spent about 5 minutes perusing the rest of the town before heading back to the hotel. Along the way we stopped for some beer and supplies for the hike in the morning. 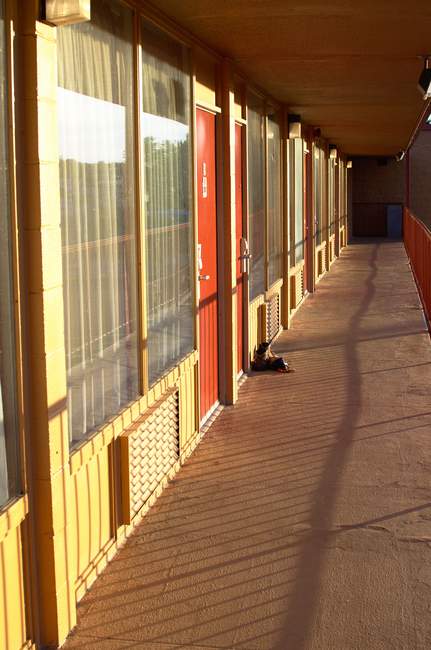 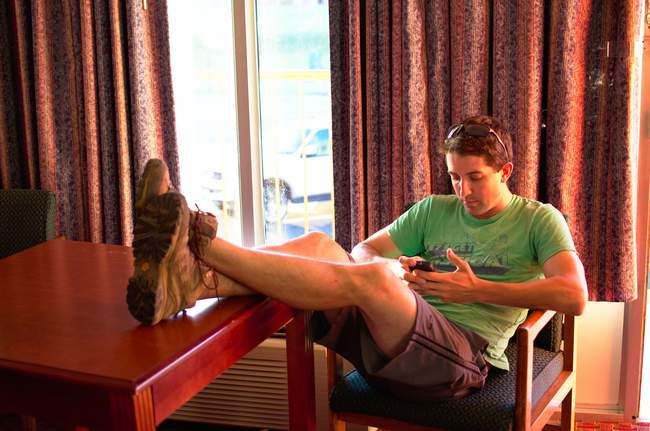 Figuring out where to eat.

Later that night, after a beer and a half, my suspicions were confirmed. What started as a bloated stomach blossomed into full-blown food poisoning! The burger I’d gotten at the Pickle must have been bad, and as a result my hike was in jeopardy. I spent the night in agony as the illness had its way with me. After an impromptu planning discussion in the wee hours of the morning, we agreed to extend our stay at the hotel for an extra night so I could recover. The healthy guys could hike the first day’s worth of trail and pick me up the next day.

I slept for about 12 hours that day. Thankfully the guys had gone to the store and gotten me some magazines (including a Tiger Beat - thanks guys), soda, and medicine to help me pass the time. The medicine in particular was crucial to my recovery. It helped me sleep and prevented the pain.

After my rather long nap, I had some crackers and turned on the TV. There was apparently an all-day marathon of “The Deadliest Catch” on, so I watched that for a bit. As the day turned into night, I watched “X-Men: Origins”. It was every bit as bad as the first time I’d seen it, but it was something to pass the time.

When morning arrived I was feeling healthy enough to take a walk outside. I decided I’d travel downtown to see the sights. Not having a car, I hoofed it down the main drag until I reached the end. Along the way I saw all manor of peeling paint, rusty signs, and weed-infested parking lots. I sent a picture to Kristin and she commented that it looked like “The Walking Dead”. I couldn’t agree more! 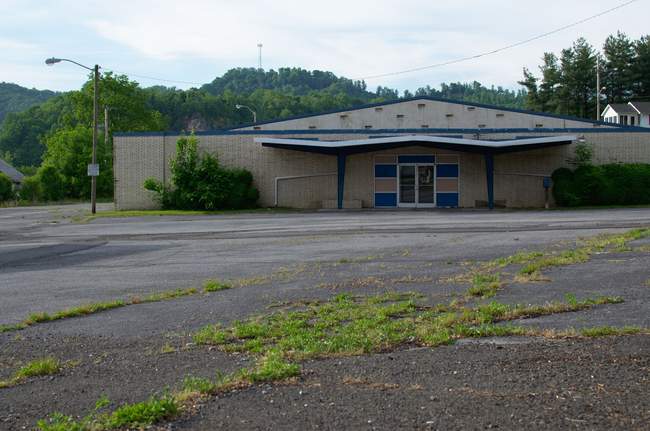 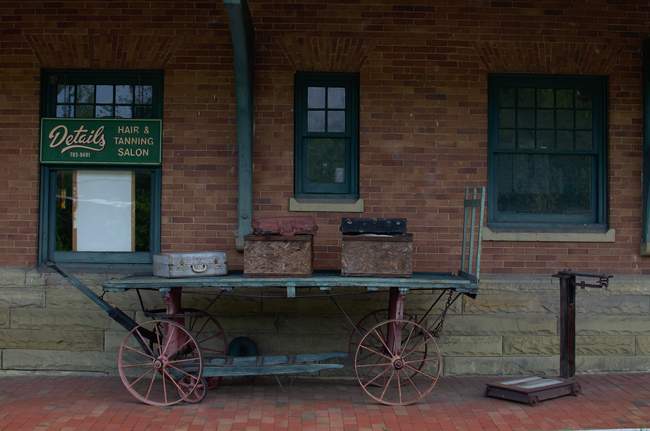 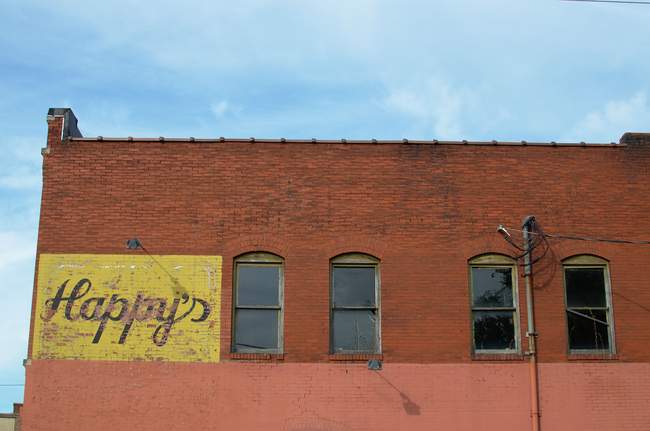 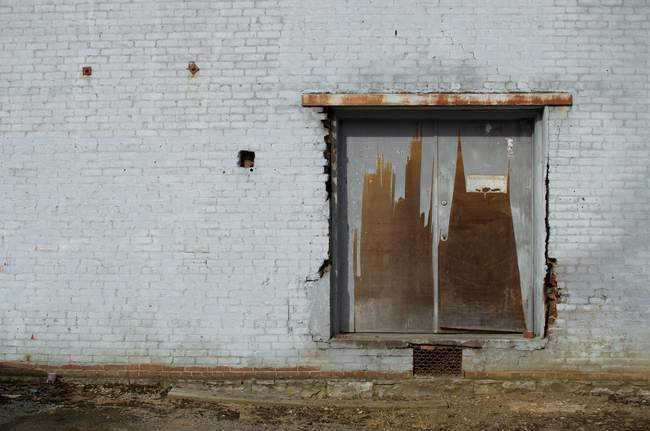 This is actually a set of shops. Kinda neat.

I wish I could say this wasn't typical. 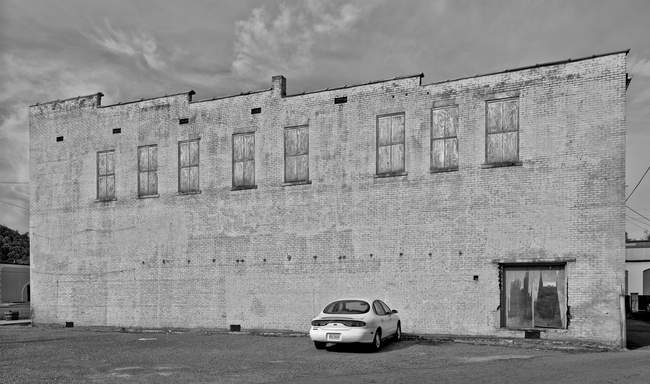 Again. I think you get the idea here.

The guys picked me up at 1:30 and we went up I-81 to Blacksburg, where we grabbed a fantastic meal at one of my favorite places: Cabo Fish Taco! While there ran into a hiking buddy of ours who happened to be there visiting at the same time. It was surreal as each of us did a double take upon encountering Bear Magic (trail name, of course).

To salvage a bit of my hiking trip, we all decided to head up to McAfee’s Knob for the night. At an easy 3.9 miles, it is well worth the amazing vista to be had at the top. Plus, it was a way for me to be somewhat involved in the hike! We arrived to a full parking log and a stream of people coming down the mountain. We watched a glorious sunset and chatted amongst ourselves until late into the night. The only additional company we had was a guy out on a section hike. Although nice enough, it seemed like he wanted to tell us his life story at every available opportunity. We learned way too much about that guy (example: he really, really likes drugs of all kinds). All of us were grateful to retire to our hammocks just beyond the rocks.

The view from McAfee Knob. Afternoon.

I got up to soak in the sunrise, coming away with some awesome panoramas.

The view from McAfee Knob. Morning.

We packed up quickly and sped down the trail to the car. As a matter of tradition, we hit the closest Waffle House for some disgustingly greasy - er, good - food before heading back home the way we came. I won’t call the whole of the trip perfectly executed, but I will call it a success. Despite the odds being stacked against us, I think we all managed to have another great Memorial Day.