Last month we visited my sister-in-law just outside of Oklahoma City, Oklahoma. We had a great time hanging out. Most of the days were bone-chilling cold while we were there, but we did have one day of relief during which we went to their local zoo. It was fantastic!

Although I don’t really like birds that much, I do have to say that it was pretty impressive to see so many friendly ones around. These are Lorakeets, and they’re pretty nectar-crazy, as you can see here: 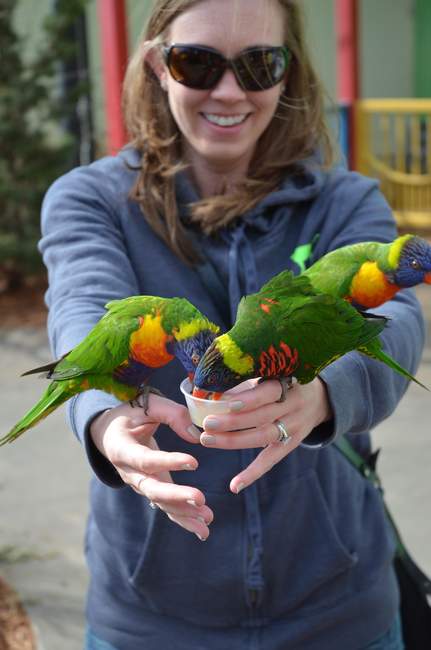 K is harassed by birds

You can get quite close to them, as they are all desensitized to everyone. 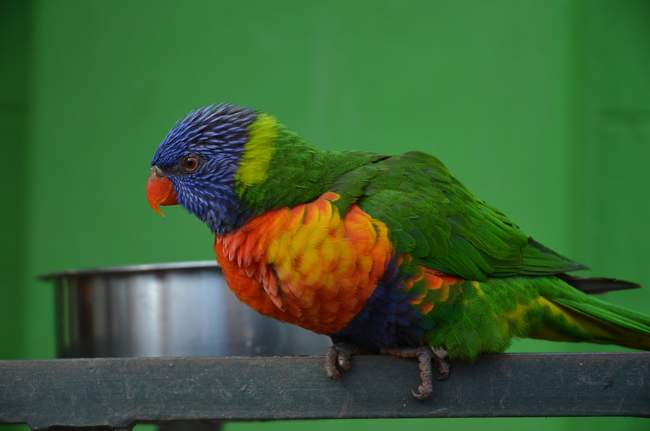 One of the offenders

Far and away the biggest attraction at this zoo is their giraffe exhibit, where you can - for a modest fee - feed them leaves of lettuce. The kids loved it. They squealed with delight as the huge tongues took the leaves right from their hands. It was a sight to see. 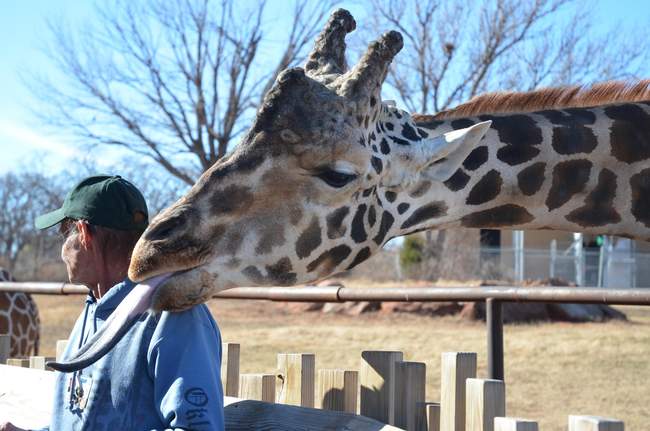 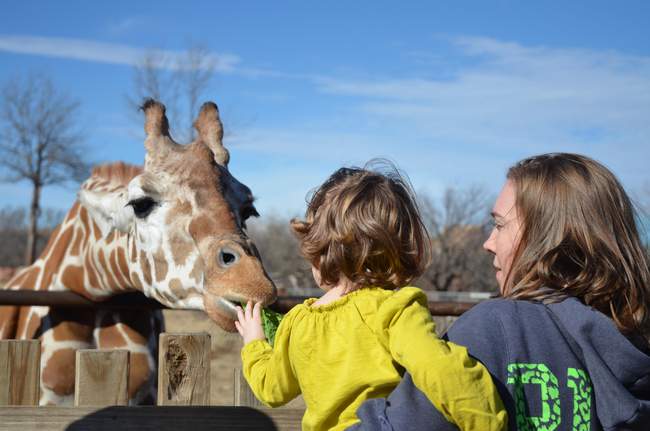 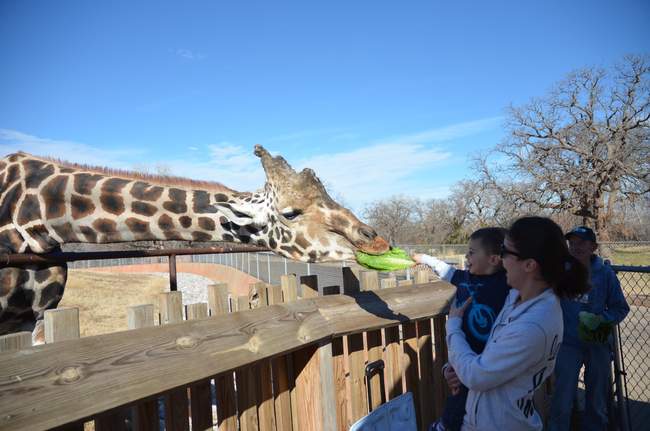 Another day we visited the Oklahoma City Memorial, located at the former location of the federal reserve building that was bombed in 1995. The temperature that day was in the teens and the wind was blasting, adding to the overall somber mood of the site. We hung around for about 45 minutes, checking out the different informational signs and taking in the site in general. 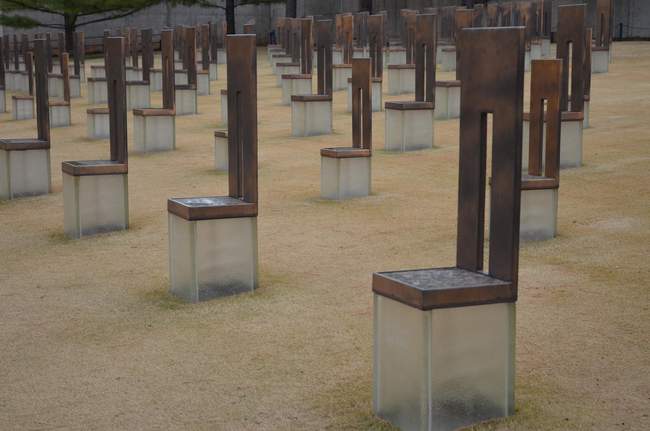 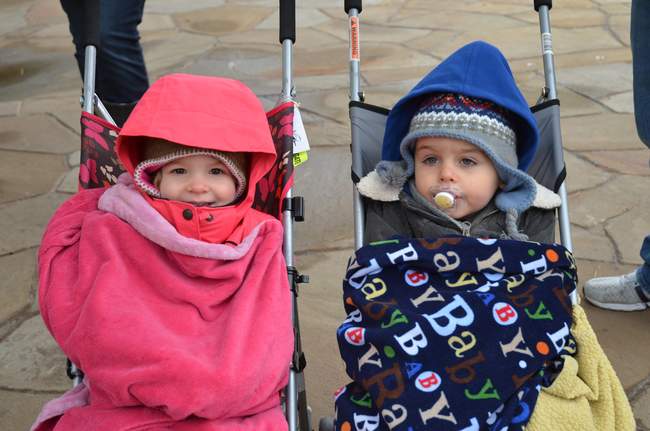 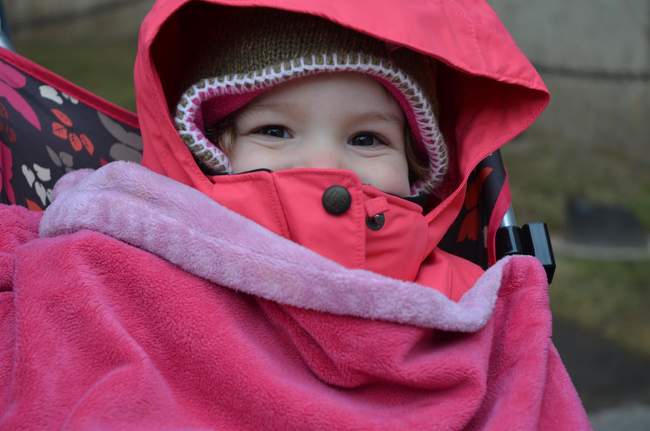 There's a smile under there!

The tree on the right side of this picture was the most impactful thing at the site for me. It stood on the site well before the bombing and now it will remain long after. It stands as a living reminder of all of the people lost.

Overview of the OKC Memorial