I woke up on day number two at 6:30 AM local time, ready to rock and roll. I hung out in the den for a little bit, munching on some red licorice before we all went to the local gym for a workout. Everyone else in the family hit tennis balls at the gym while I ran slowly around them, stopping every once in a while to do some sit-ups.

After cleaning up, the three of us set out in the Jeep towards Cascades National Park. It was another strangely beautiful day, and I spent the trip looking at the moss that seemed to cover every single tree. We soon came upon snow-covered peaks and scenic farms, which were in direct contrast with the uber-green of the spring grass. 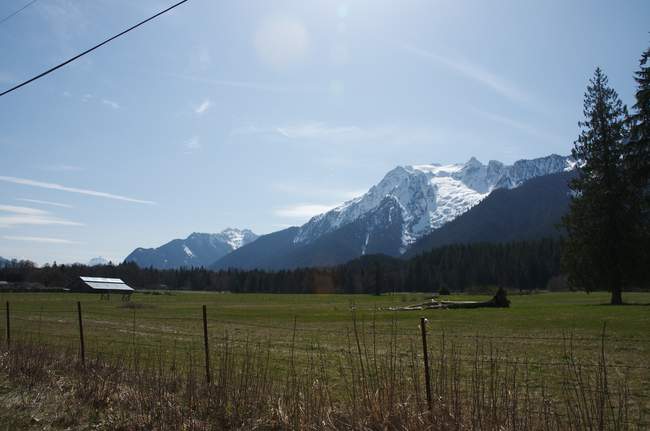 The view opens up from the side of the road, shortly after leaving Arlington 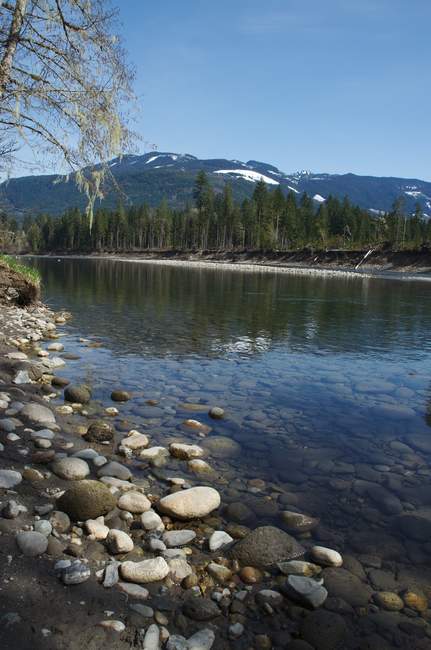 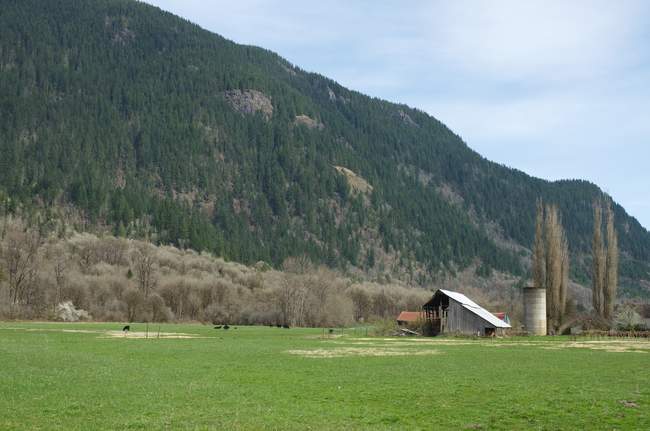 Beautiful farmland opposite a slow-moving stream

As we were driving we caught a glimpse of a man-made waterfall off to our left. Since it was blocked by a barricade, we pulled off the road for a closer look. What we found was amazing! This huge waterfall, its water loudly crashing to the ground, had absolutely no pool below it. It was as if the entire stream was being gobbled up by some unseen force below us. That was really impressive. 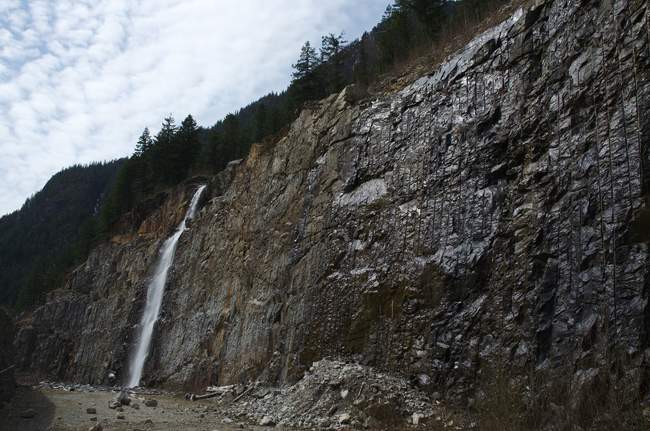 Continuing on, we circled all the way around the Diablo Lake area, taking in all the views from the pull-offs. The visibility was unbelievable and all of the water was crystal clear. To make things even better, there were hardly any visitors to the park at all! I think we saw two couples intermittently throughout the trip, but that was about it. By all means the day should have been wintry, but it felt like summer was making its first visit. 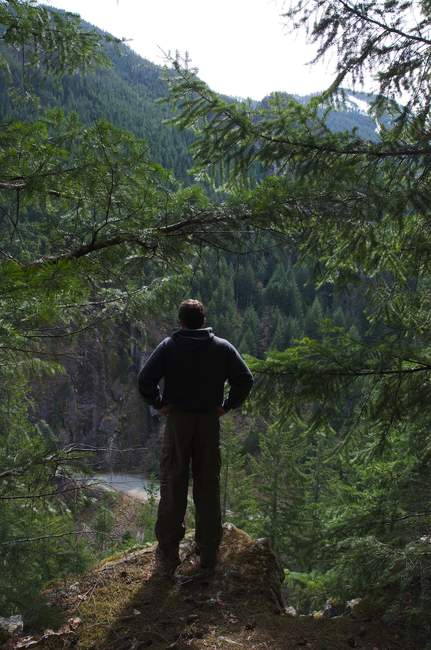 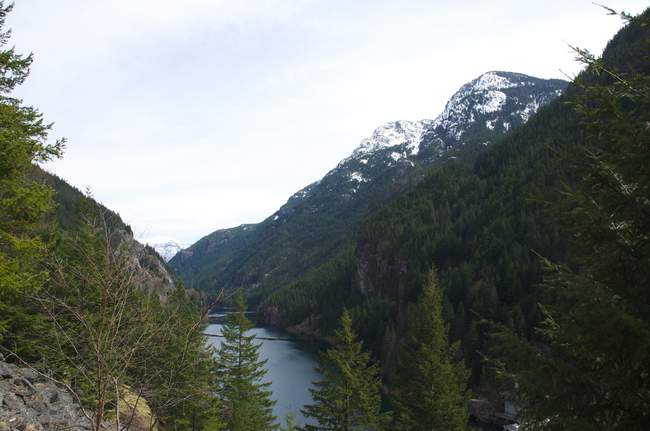 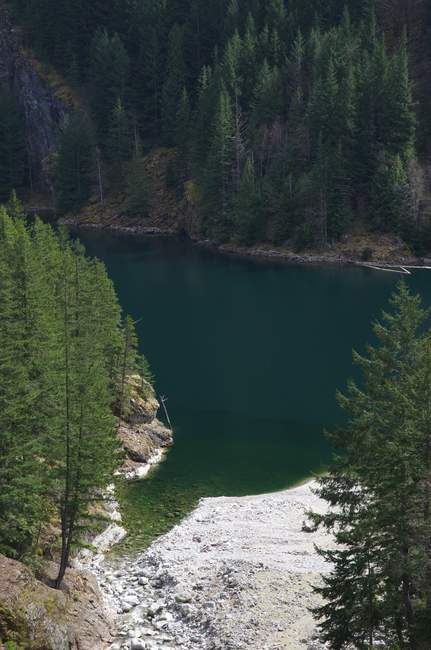 Looking down at the green water

If I didn’t exhaust my camera on day #1, I exhausted it that day. It seemed every turn yielded a new and amazing vista worthy of a dozen shots. I can’t say how many I took that day, but it certainly wasn’t enough - that wouldn’t be possible. Diablo Lake is just stunning. I continually snapped pictures while walking around, and I recall finding a golf tee on a grassy rut on the other side of the fence! 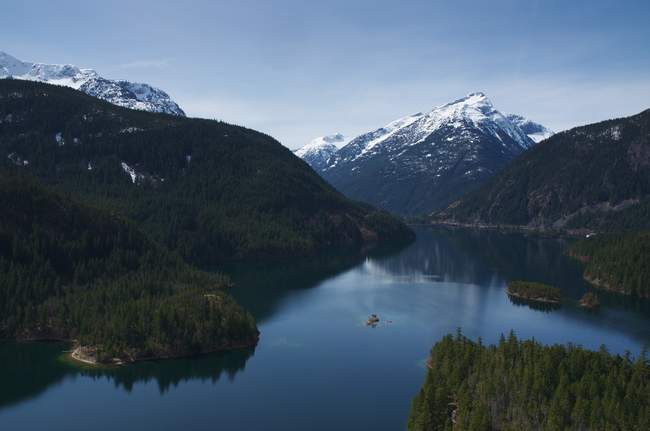 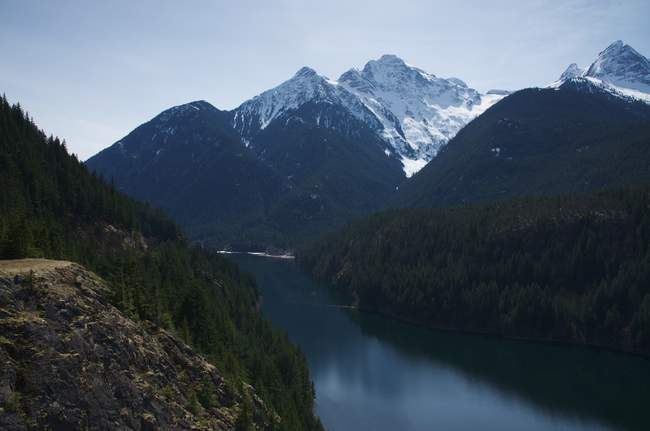 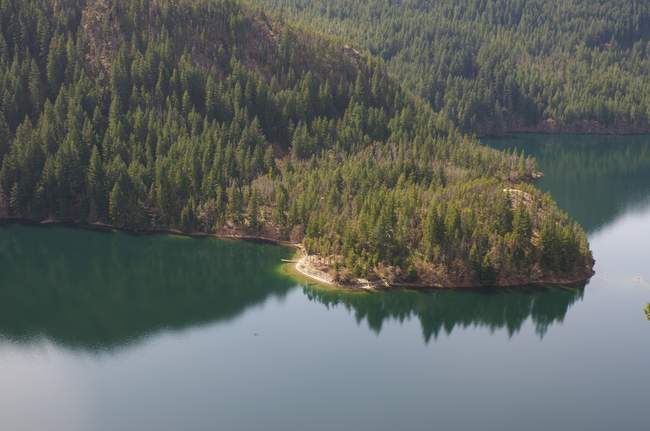 The site of a summer camp off of Diablo Lake

On the way out of the park Bill got a little tired, so I got the chance to drive a stick-shift for the first time in about five years. After a quick turn around a local store’s parking lot I had the clutch down reasonably well and we were off. Not until about an hour and a half later did I switch back to the passenger seat, and that was only because we stopped at the grocery store. 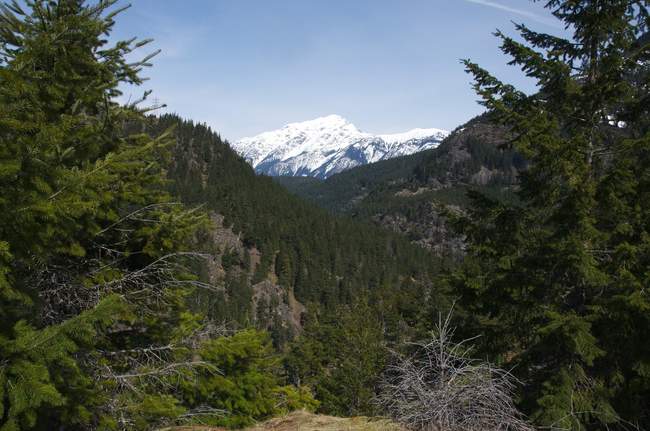 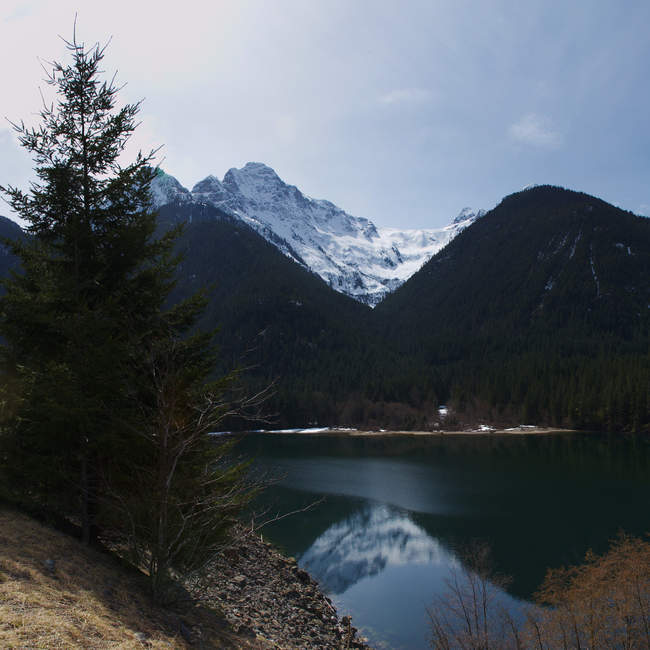 Square pano of some Cascades scenery

One other thing I’ll note about the trip out of the park is the cut tree stumps just below the water line. Diablo Lake was created by the Diablo Dam as a part of the Skagit River Hydroelectric Project in the late 1920s. In the process of creating the dam lots of trees were cut, and the interesting thing is that they look like there were cut yesterday. The water just preserved the look so well, which was fascinating to see compared to the stumps that have been out of the water the entire time. By contrast those ones looked weathered and incredibly old (as you’d think they’d be). 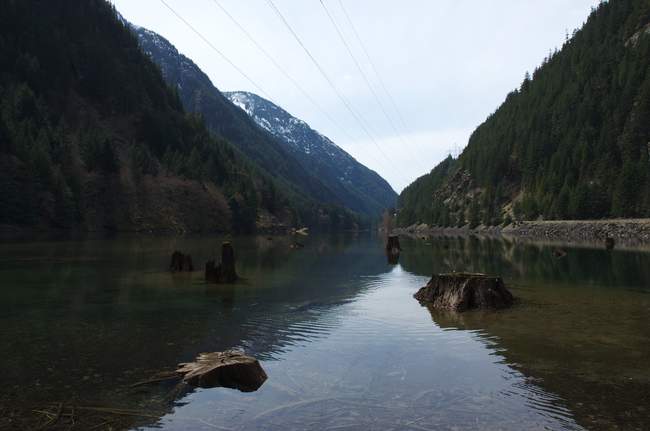 The lake full of stumps

I’ll finish up this post with a whopper of a pano of Diablo Lake. Like I said…it’s stunning! 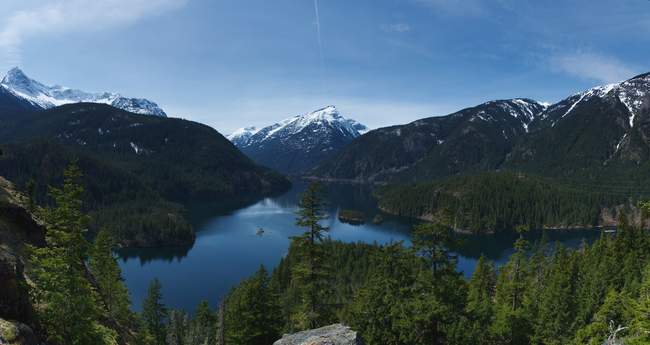