For a couple of years now Tommy has mentioned that I should go out to Seattle with him sometime. His dad and stepmom live out there, making it a reasonable trip on the wallet. This year I finally took him up on his offer, and I’m pleased to report that I had a blast!

First of all let me state that Tommy has the remarkable ability to land himself at the end of every terminal in every airport we visited. No matter which direction we were flying and which airport we went to or from, I could be sure that our flight was somewhere near the end of the building. This happened on our entire trip out to Seattle as well as the entire trip back. It was uncanny, really. Odd.

We arrived in Seattle on a sunny, mid-60s day. Being close to downtown, his dad opted to head there first. He lives out in Arlington, over an hour away. We made a beeline to the REI, where we laughed at all the heavy items that we like to look at but would never carry with us on the trail. After deliberating between two cozy models, Tommy’s dad purchased an awesome 800-fill down sleeping bag for the camping trip we had planned later on in the week. It went well with the matching GoLite pack he’d already purchased earlier. On the way out a notice an interesting artifact about the building itself: the employees have placed what must be defective sleeping bags and coats up into the rafters in what I suppose an attempt to keep out the birds. It was pretty strange to see.

We walked a few blocks from REI into the main downtown area, where I bought a coffee from Starbucks store #1. We walked back through the market, looking at all of the flowers and the crowds of people. Just past the market we ducked down into an alley to see the famous (infamous?) bubble gum wall. Looking at all of the goo on the wall and smelling that distinct smell of aging spit is something I won’t soon forget. It was very cool to see though. 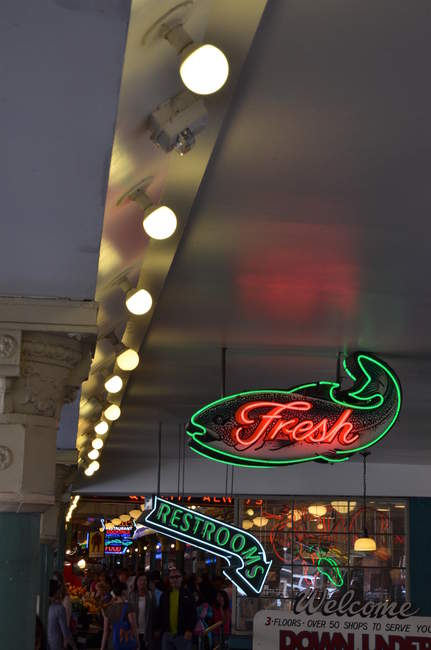 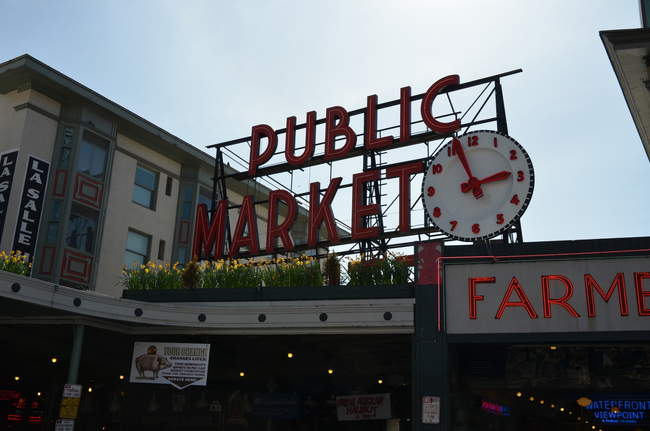 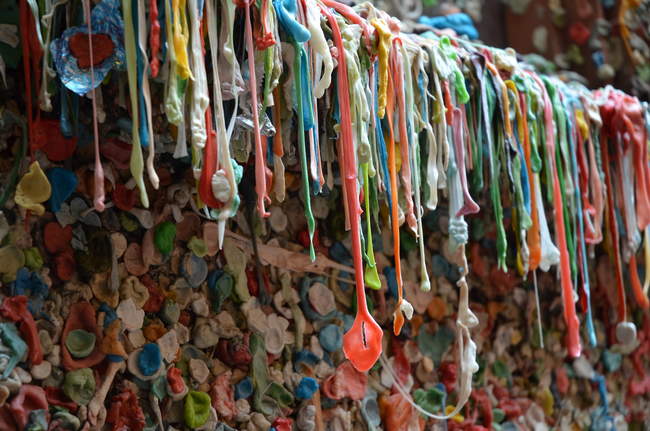 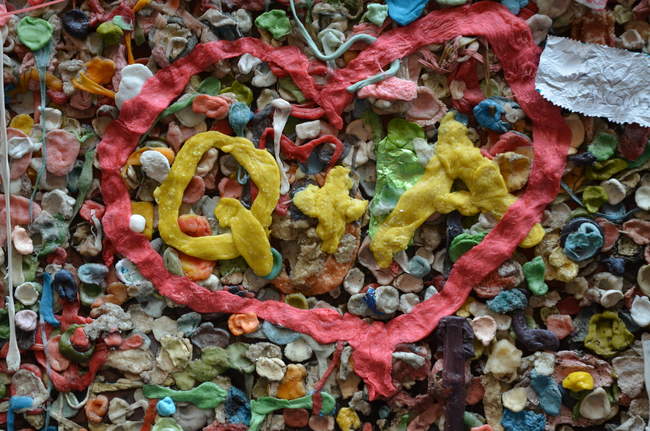 I have many questions...

We found a decent looking brewery for a snack and (of course) a brew before heading to Arlington. We got a fantastic cheese plate and excellent ambers to match. The music was classic rock, so I felt good on the opposite side of the country.

Back at Bill’s house I got the chance to meet Kim (his wife) and their two lovely sons: a huge Newfoundland named Oggie and a super-happy lab named Raymond. I tossed sticks in the back yard with both of them for a little bit before we all got back on the road to get some dinner and to watch the sunset on the Western end of Whidbey Island. We first stopped at the grocery store and Subway to get a six pack beer and dinner, respectively. The sub sandwiches were normal, but the six pack of beer packed a punch - Tommy found some local brew that was around 8% alcohol. Surprisingly it still tasted great! We did have a scare that it wasn’t twist-top, so we scoured the store for bottle openers only to find that they were twist-tops after all. Crisis averted! 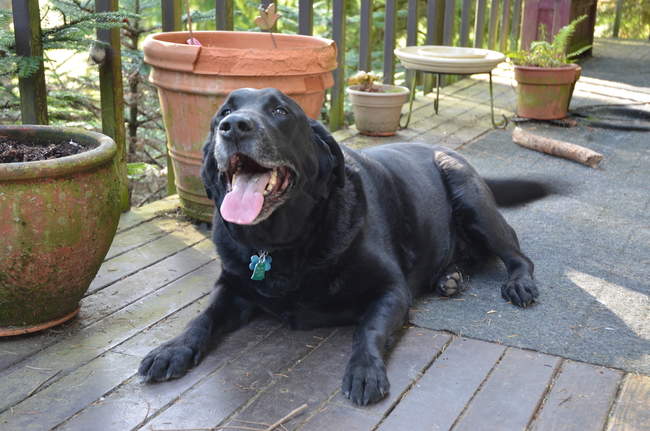 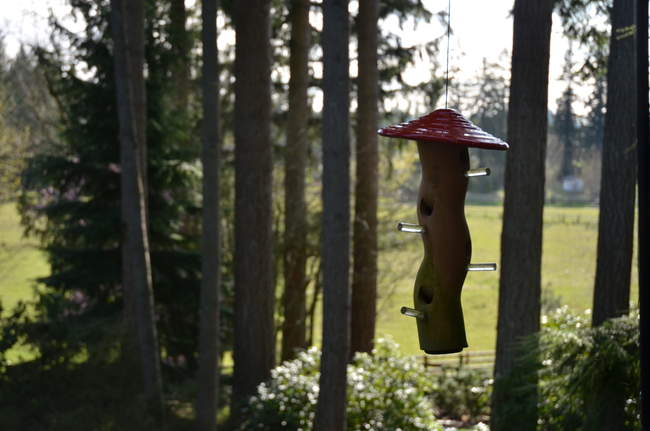 Once on the beach we settled in and joked back and forth about how I couldn’t finish the super-strong beer as fast as Tommy could. I walked up and down the gravel, taking picture after picture of the awesome scenery. It was an especially clear night and we were directly in between the two big parks we’d be seeing in the coming days: Olympic and Cascades. 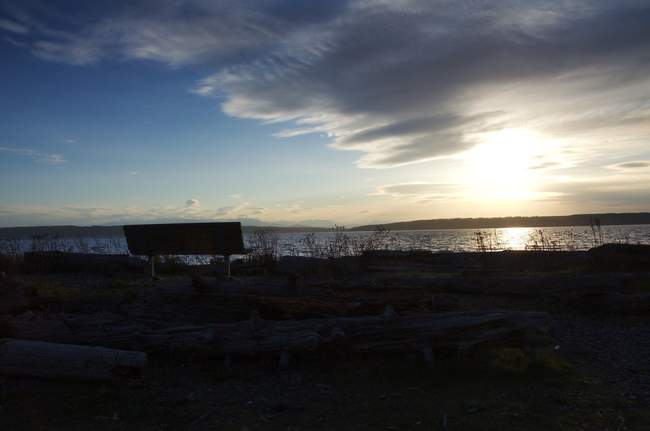 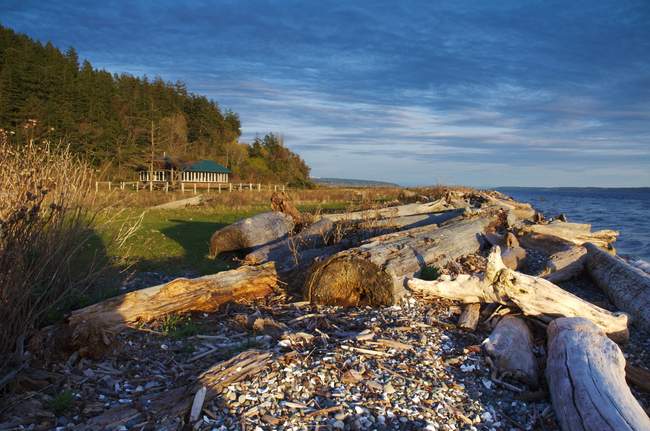 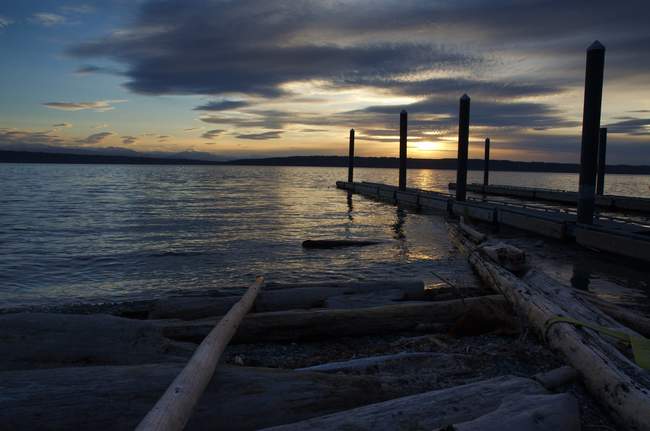 The sun is going down and it's all purple 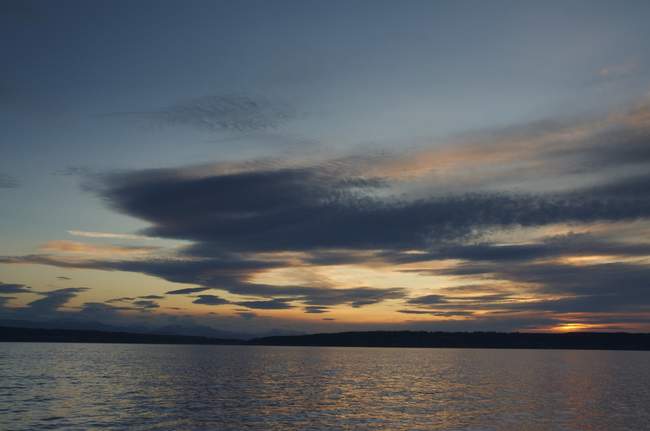 Before leaving I grabbed an intact oyster shell to bring to Layla back home. I figured she’d like something so simple and beautiful. 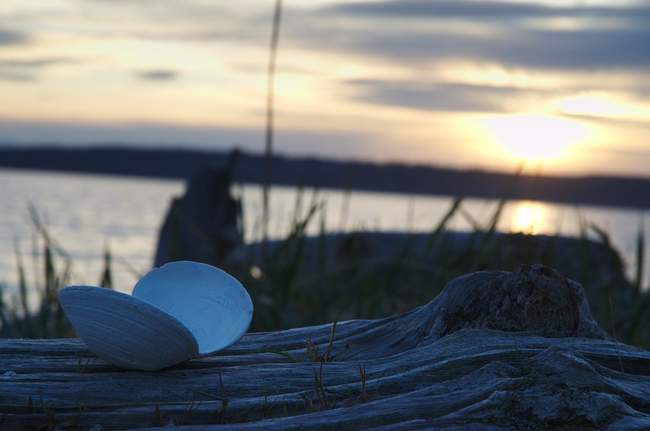 The oyster shell I found and saved for Layla