This year the Memorial Day Danglers were at it again with their 5th year in a row of hiking! This time I was accompanied by Dreamer (Tommy), Factor (Scott), Compass (Phil), Trout (Tom), and ATDubs (Jeremy). We went from Bland, VA (1,595 miles from Katahdin) to Pearisburg, VA (1,552 miles from Katahdin) for a total of 42.4 miles. We had a blast despite the heat, humidity, and the incessant flies.

Day 1 was from Bland to Jenny Knob Shelter. I arrived at the end in Pearisburg at 12:05 and immediately jumped in ATDubs’ car along with Factor to head down to the start, where we met up with Trout and Dreamer. We started off strong and immediately became sweaty, having the full bulk of our pack weight upon us. The trail was moderate, having small ups and downs, but our unaccustomed feet felt the wear and tear by the end of the day. The scenery was at least encouraging, with the sun beaming through the canopy for most of the afternoon. 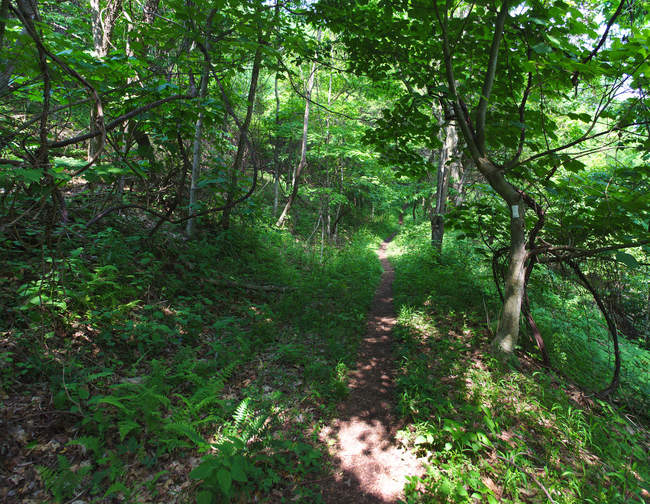 The morning trail on Day 1 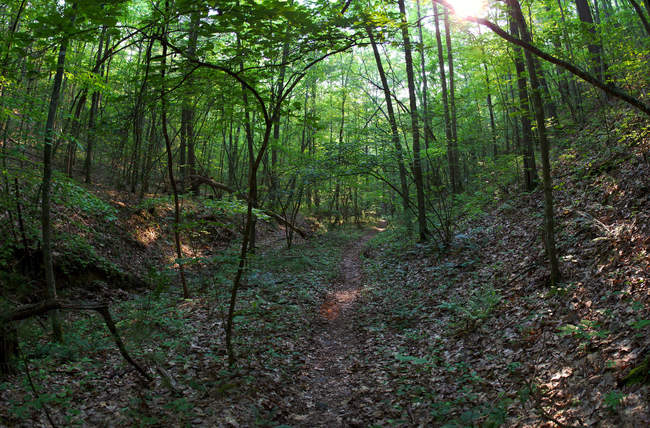 We arrived at Jenny Knob around 5:30 and set up camp. Compass was due to arrive in three hours, so we spent the time chatting with the thru hikers already at the shelter. They told us of a story of a rattlesnake about one mile prior to the shelter that they’d killed. They even backed it up with a video! This video was nerve-wracking - we could see how aggressive and agitated this snake was. I was happy not to have stumbled across it myself. 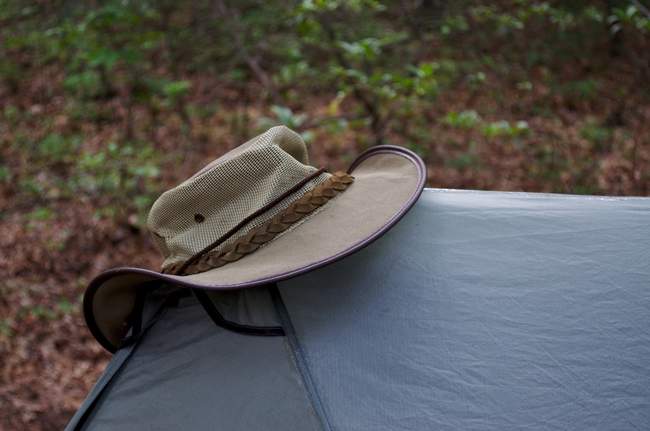 Phil was due in to the site at about 8:30. Around that time Dreamer went out looking for him, but only found his car parked in the lot. Apparently he’d misconstrued the directions and went northbound instead of southbound, thus earning his new trail name of “Compass.” He rolled into the campsite well after dark. We quickly set him up in the hammock and helped him cook his dinner. Factor hit his already-scarred knee in the process, opening up a huge gash that affected him for the rest of the trip. As everything calmed down I settled into my hammock for a sweaty night of sleep. I’d kept my sleeping pad under me in the hammock, and I was too hot until about 1 a.m. when the temperature dropped to a colder level. 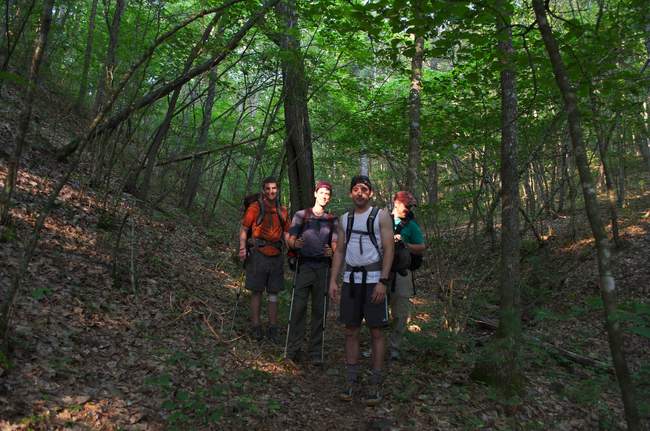 The team on the trail

Day 2 found us rapidly descending down the mountain and into the valley, only to ascend back up the heights of Brushy Mountain just as quickly. It seems that the AT has the nasty habit of doing this often, but I suppose it is unavoidable with all of the mountains to traverse. Conversations with people from out west assure me that the PCT is much less forgiving in terms of grade, but that did nothing to relieve the pain in my thighs. I was also getting some chaffage…fun. 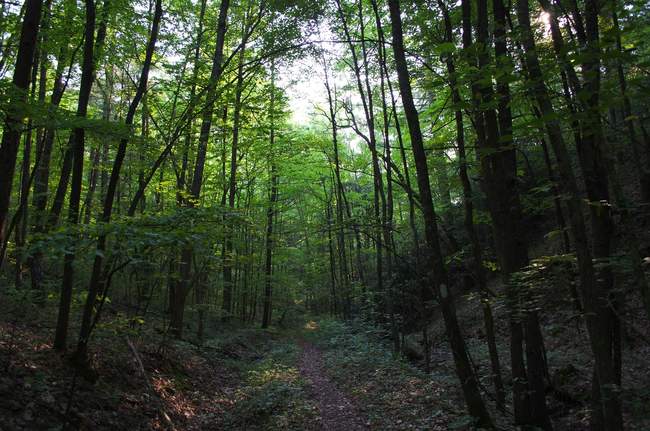 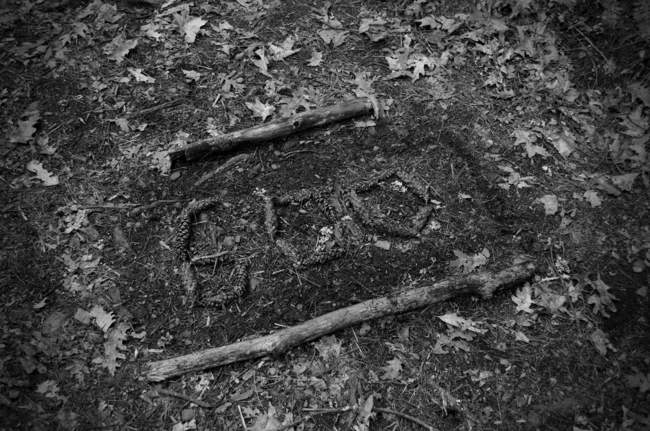 After about 6.5 miles we all - less Trout, who had gone fishing - gathered together at the base of a giant suspension bridge, watching the water streak by. The first day was rather dry, but this day water was plentiful. We needed it with the heat and sun out in full force. Fortunately for us Dismal Creek Falls was only two miles away from the bridge, providing us much needed relief in the form of 40 degree water and plenty of company. I soaked in the sun with my feet in the water for about 30 heavenly minutes, talking with Trout who came back from his nearby fishing empty-handed. It turns out that he also made a side trip to the store near the trail for a burger, gatorade, and a six pack of beer to bring back! Joy was had by all. 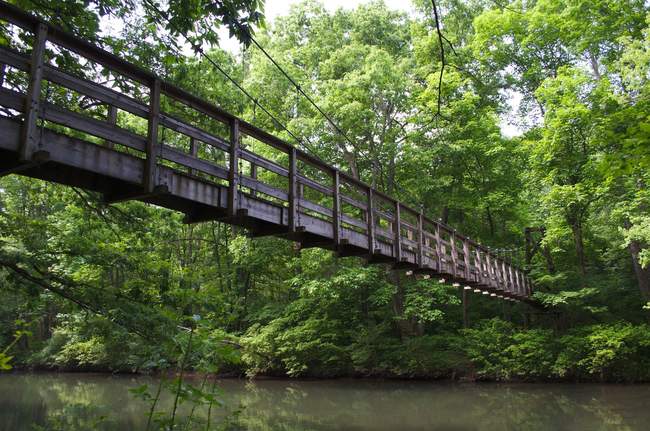 After 12 miles of hiking we all felt good enough to push on an additional 2.5 miles to Wapiti Shelter for the night. We arrived in mid-afternoon and I just about collapsed of exhaustion. The others chatted with people from Appalachian State and UNC Chapel Hill for a long while as I listened in a half-awake daze. I hit the hammock at about 8, leaving my sleeping pad out for the time being. I fell asleep almost immediately, only waking later to use the restroom and place the sleeping pad under me just in time for the temperature to drop. It was probably the best sleep I’ve ever had on the trail. 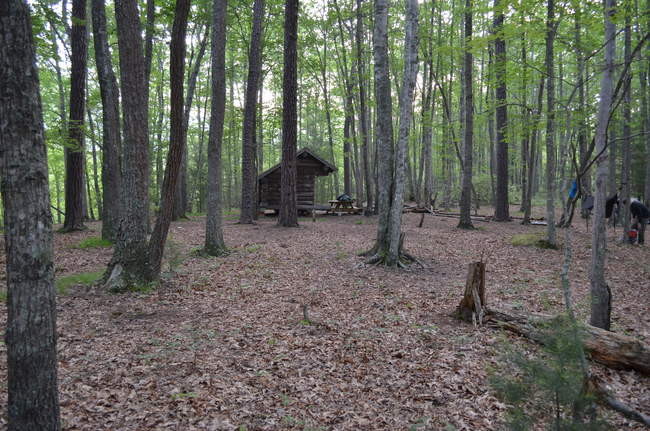 Side view of Wapiti Shelter

Day three began with a grueling march up another huge, unnamed mountain. It was the worst incline of the trip, and my legs were in their worst shape of our outing. I put my head down and played a simple drum beat in my mind to churn my way up. No matter how big or how small, I kept telling myself, I had to take a footstep to each beat of the drum going on in my mind. I did this all the way up the mountain until I was far ahead of even Dreamer and Compass (a rarity). I steamed down to Doc’s Knob Shelter and waited for a half an hour for them to arrive. We hung out in the cove-like atmosphere of the shelter for about 45 minutes before heading out towards our intended campsite 5 miles down the trail.

After passing by a power line cut, we soon came across our campsite. It wasn’t exactly what we were hoping for in terms of being able to huddle around a campfire and string up our hammocks closer together. We decided to press on to Angel’s Rest to see if any better sites were to be had there. We made our way there, stopping once at a fantastic overview with commanding views of all the farmland surrounding nearby Pearisburg. 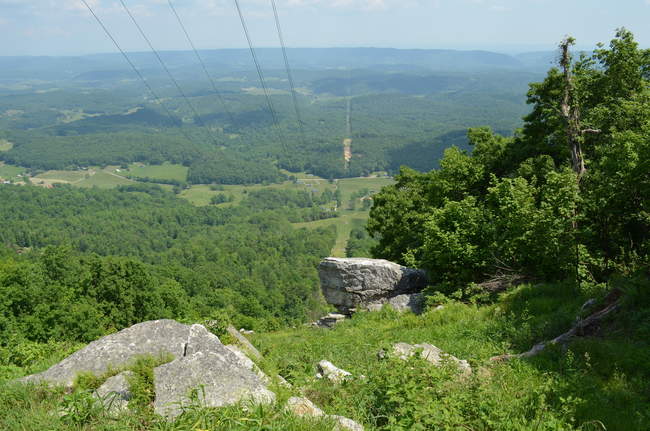 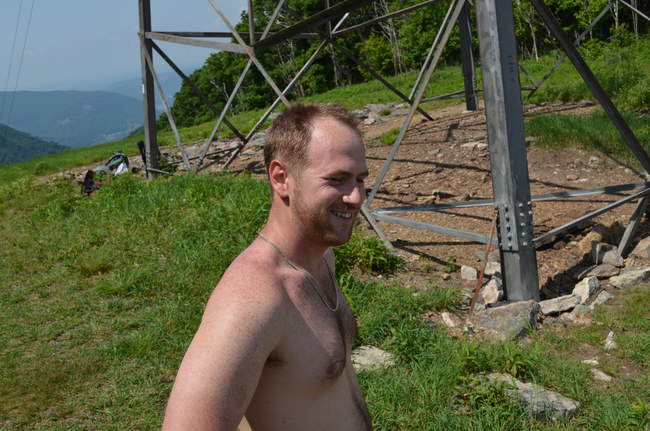 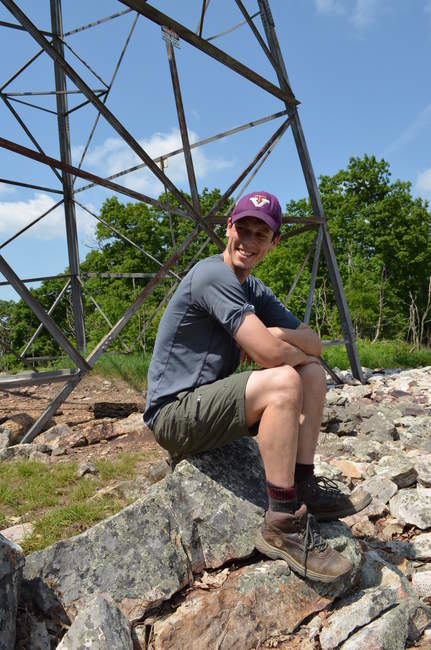 At Angel’s rest we knew immediately that hammocking was out of the question. It was even worse than the other campsite! We enjoyed the view for a bit, then debated on whether or not to head the additional 2.5 miles downhill to our cars and then to Blacksburg for the night. We all voted for Blacksburg and made our way down the hill. With Factor leading the way, we reached the cars in an hour, where he shared a 5 gallon jug of Gatorade with everyone (heaven!). 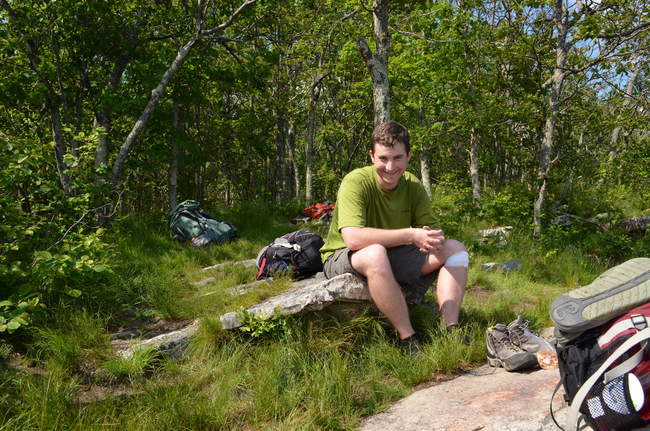 Factor is pleased, but sporting a jacked knee 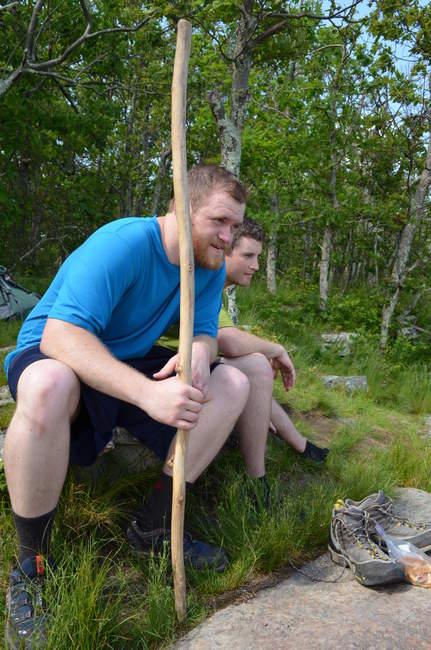 ATDubs and his found walking stick

The view from the overlook 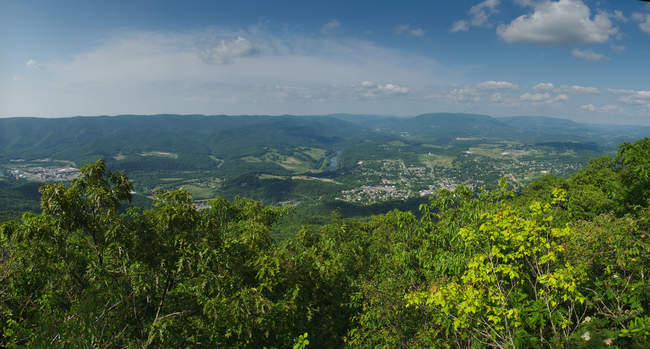 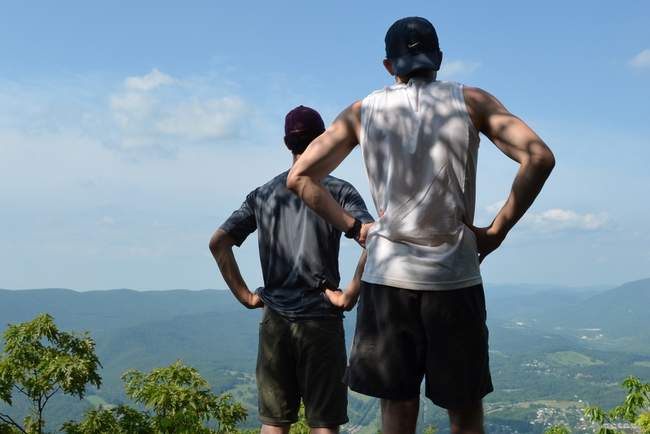 We stayed at the Hilton just off campus. After checking in and having a fantastic shower, we hit Sharkey’s at about 9PM. We all had delicious burgers and shared three pitchers of beer amongst the townies and summer students. In the morning we all went to the customary Waffle House breakfast, after which we all went our separate ways. A successful weekend was had by all.

Side note: see the full gallery of pictures from this trip here.