Day three, Tuesday, was one where Kristin and I didn’t want to do much on foot. We’d spent the entire previous day wandering all about three separate towns and all sorts of beach overlooks. Our feet were sore and we’d accumulated more than a little bit of sunburn. Instead of doing the same thing we decided to head to Berkeley to see the campus of the University of California.

Berkeley is a place of legend for a unix geek like me since it is where the Berkeley Software Distribution was created. BSD is a unix derivative and software ecosystem that fuels much of the software that we use today (primarily due to its permissive license of the same name). Among many other projects Mac OSX, the Windows IP stack, and early versions of SunOS (later Solaris) can be traced back to BSD code. Very cool!

The fog was thick when we arrived, hampering most of my photography throughout the morning on campus. Overall I’d say it is well laid out and welcoming, but I wouldn’t really know as there were virtually no students walking about; it literally felt like a ghost town! 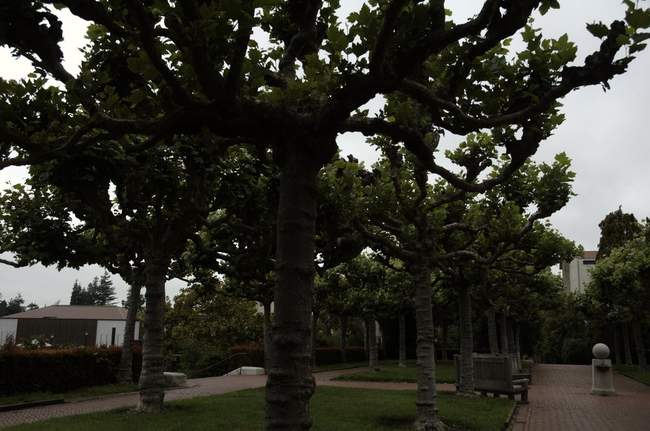 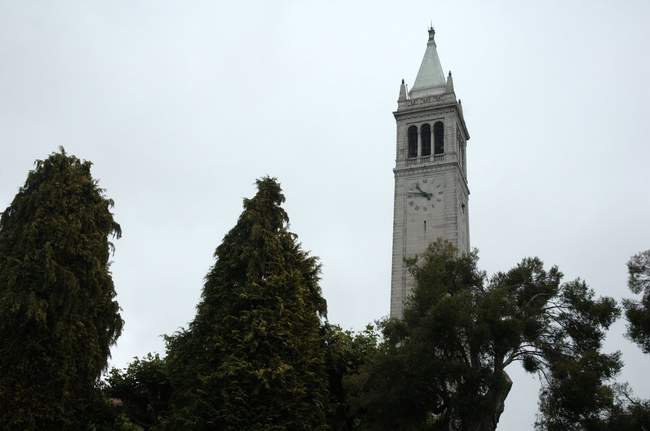 One of the main features of Berkeley - a tall clocktower 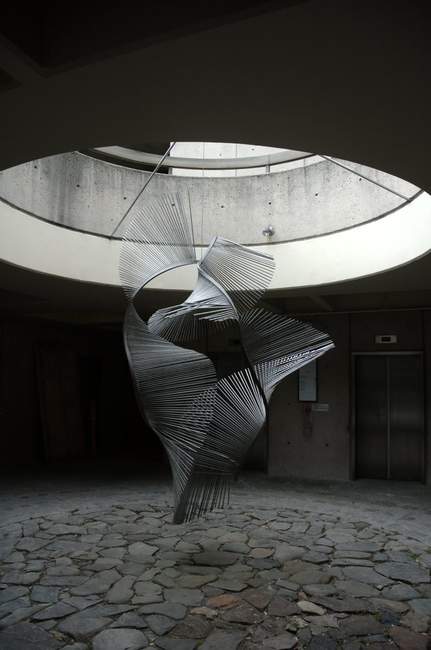 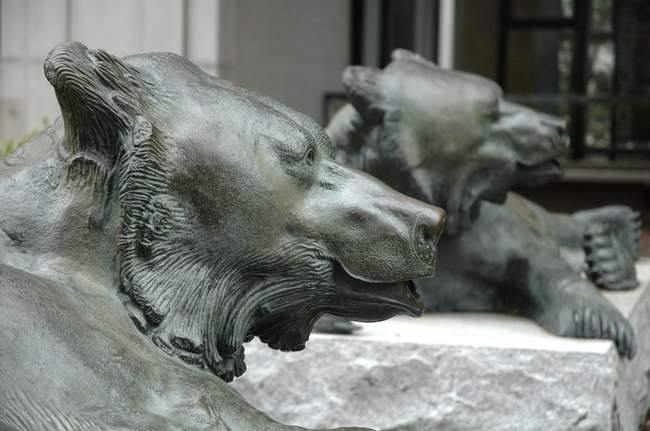 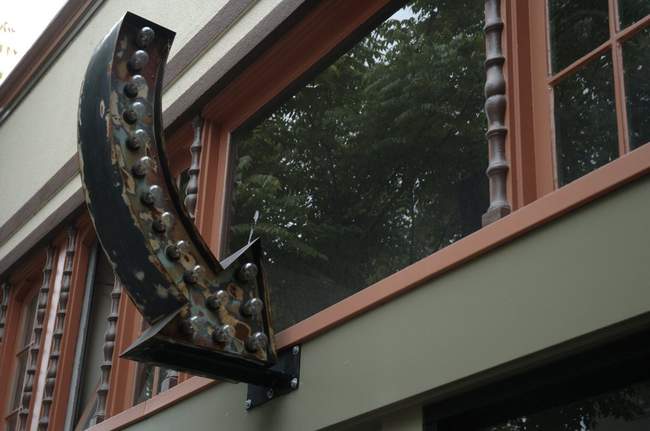 A downtown sight. I love these old pieces of decor.

We stopped for lunch at a place downtown that really blew us away: Jupiter. We enjoyed fantastic hand-crafted pizza and tasty microbrewed beer. If you’re ever in the area, this place is a must visit. Actually, visit multiple times if you can! We’ll never forget the meal we had there.

After lunch we walked through the rest of the downtown area before deciding to head up to the top of San Francisco to see what the piers and wharf had to offer. We took the Muni north to pier 39 to see if we could grab an Alcatraz tour, but unfortunately for us the tours were booked for two solid weeks. I know it sounds cheesy, but I was really looking forward to taking pictures of grimy, old prison cells! We walked around and took in the scenery instead. 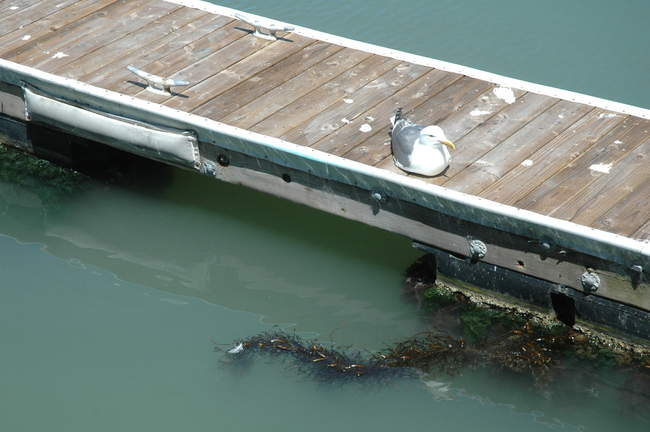 A seagull hangs out at the San Francisco wharf 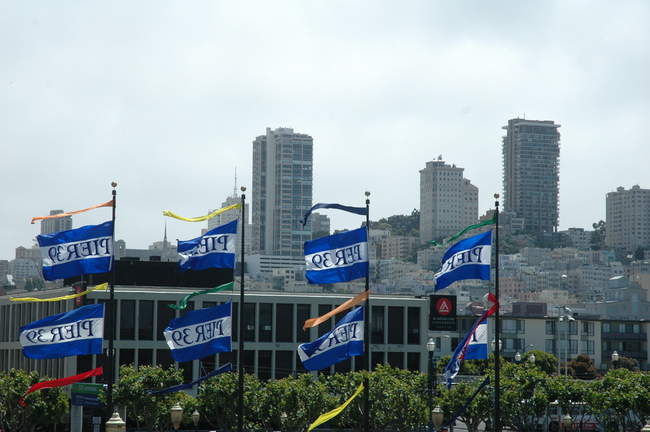 Looking back towards the city from pier 39 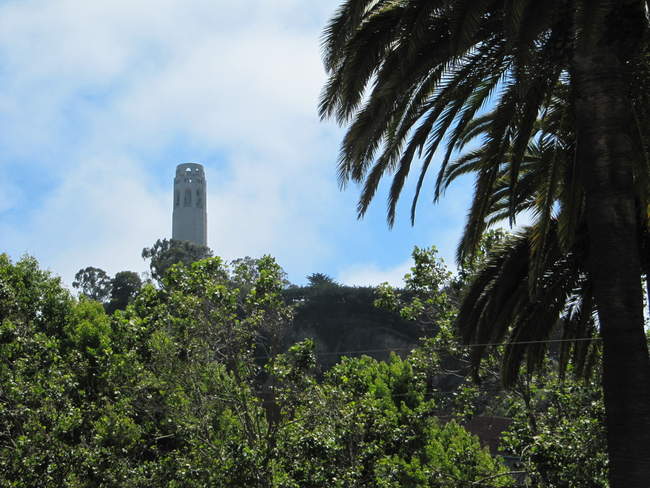 Another view from Pier 39

Finding the wharf way too tourist-y, we decided to check out the Castro District to the south and west. After waiting for what seemed like forever for it to arrive, we boarded the antique-looking F-line Muni bus to the closest intersection. We stepped into the Castro district in misty, fog-hazed weather. 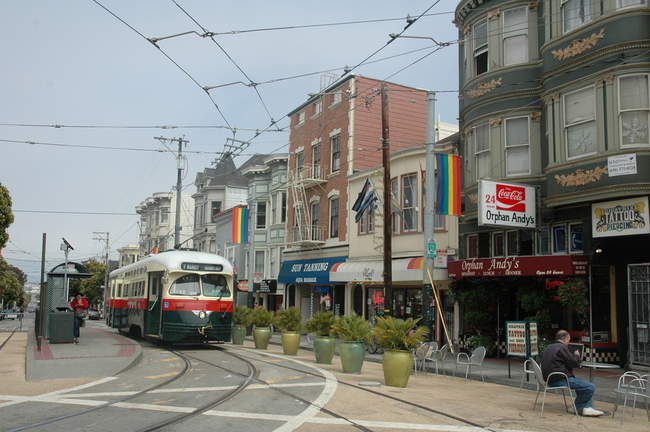 Castro Street on the F line of the Muni

Clean and lively, the Castro district seems to be the heart of gay/lesbian/bisexual/transsexual activism in the city. Many of the buildings and storefronts were adorned in rainbow flags. 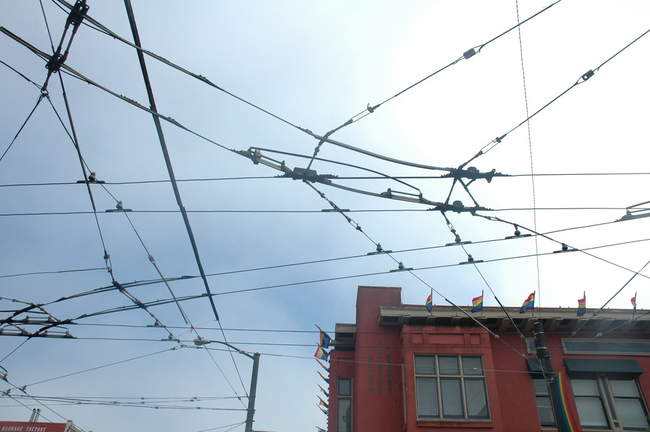 Rainbow flags decorate the buildings of the Castro district

The main feature of Castro Street is its iconic theater. It was cool to see it still dominating the landscape just as it did back in the 70s and 80s. 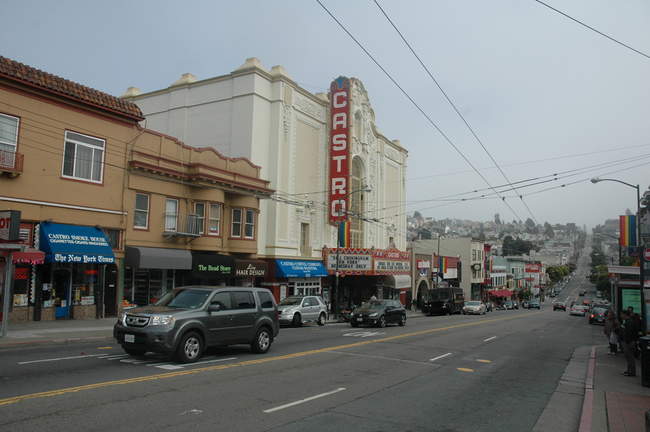 Castro Street and its iconic theater

The area felt like an island where tolerance for all individuals was the norm rather than the exception. It made me happy to know that such an atmosphere exists, but it did dampen my mood to know that outside of that area is an entirely different situation (to put it lightly). The gay community still has a ways to go before getting the equality they deserve. 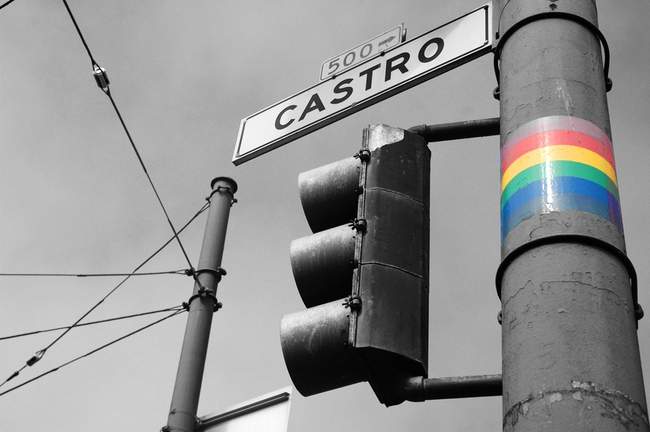 As the day came to a close we made plans for a big day 4 at Point Reyes National Seashore for some more hiking. I will put up more pictures soon!