After having lunch in Santa Cruz and nabbing a cool t-shirt from one of the beach stores, we packed up and continued on our journey to Monterey. Once we arrived we parked and went straight to the aquarium, which was the main reason we were there. Although it was a a weekday that aquarium was incredibly crowded with visitors, and for good reason – the aquarium is amazing! The jellyfish exhibit I particularly liked. 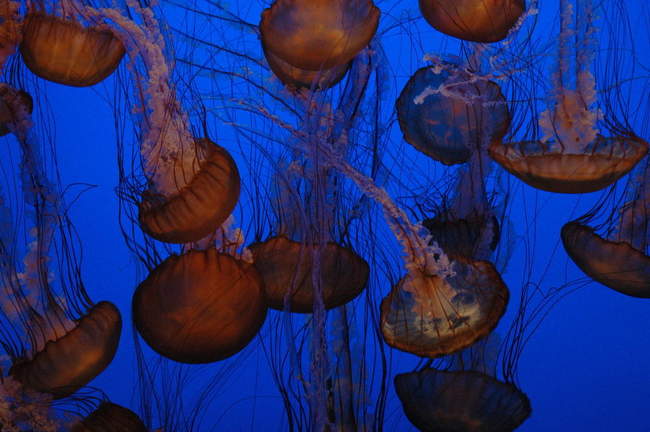 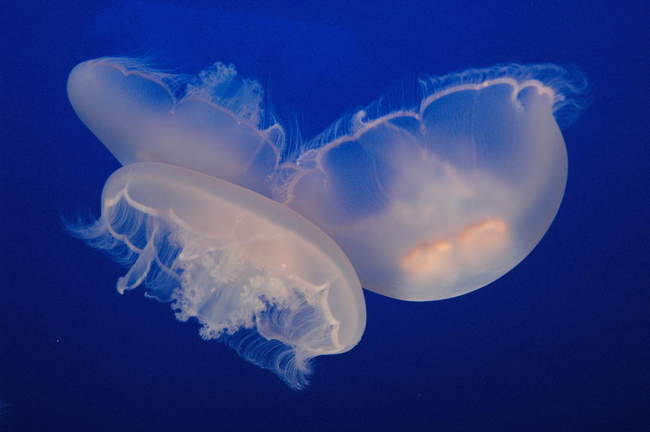 I am reminded of Super Metroid... 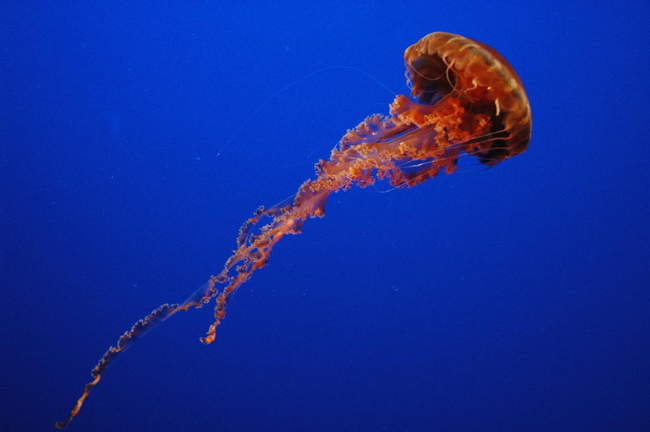 Yikes, that one looks boos

The jellies floated along peacefully, bumping into each other and sometimes looking menacing. 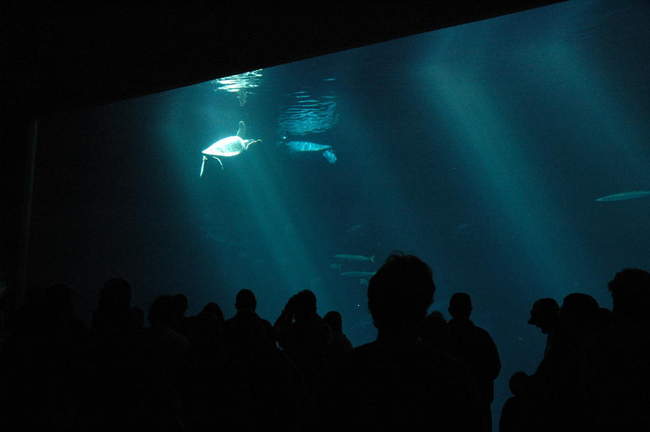 Onlookers at the aquarium 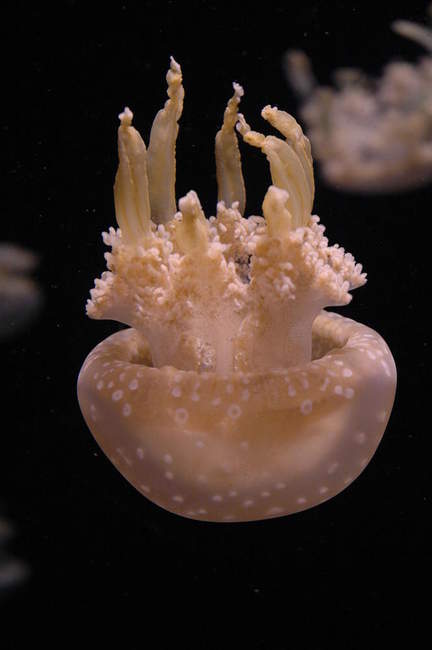 On either side of the building they have huge tanks where you can observe all manner of water life. We stared at all of the commotion for a very long time. Sometimes things stared right back! 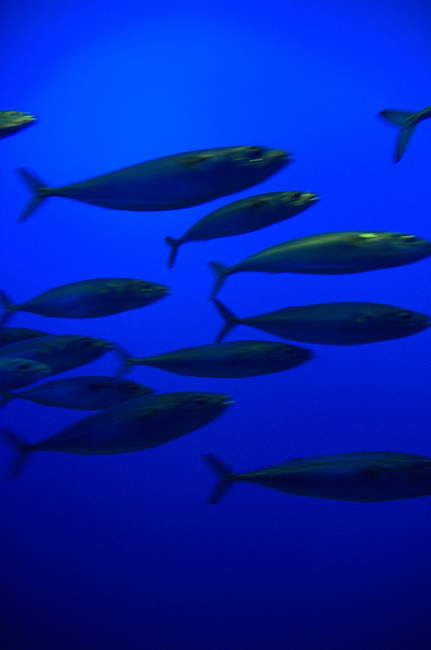 A small group of fish at Monterey Aquarium 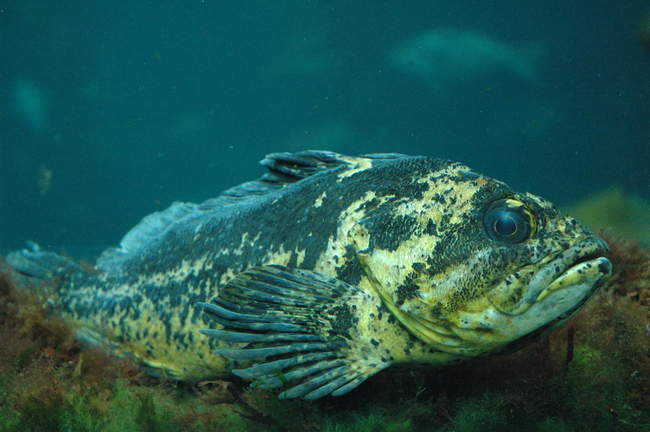 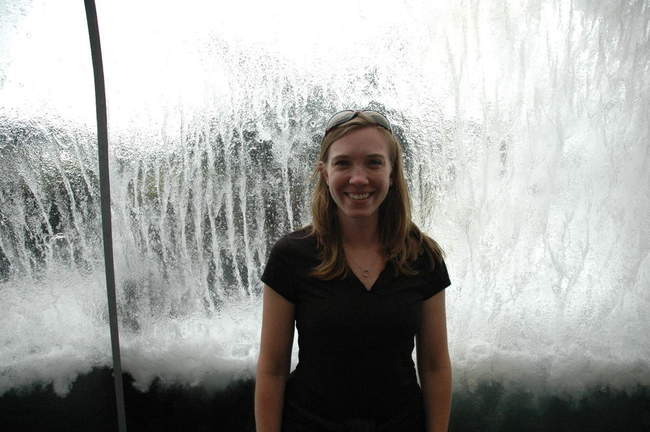 Inside the artifical surf area

After the aquarium we wandered around town a little bit, exploring all of the little stores along their main drag. The city has a lot of history from its canning operations, where the vast majority of sardines in the US were canned along Cannery Row. 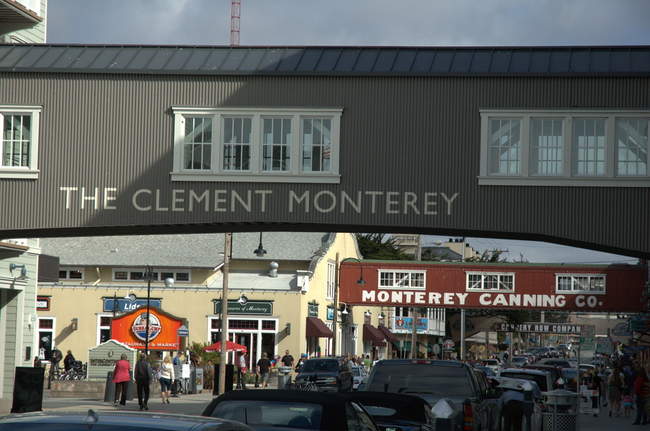 The main drag of Monterey 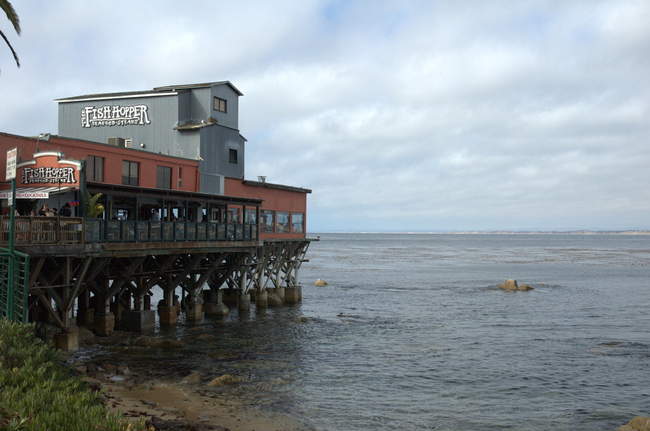 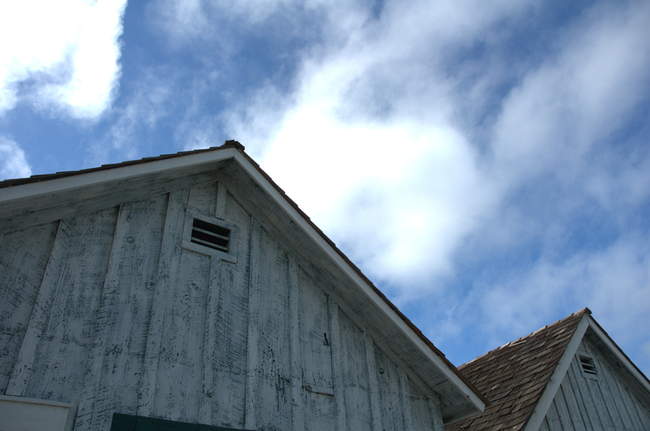 Another view of the workshops 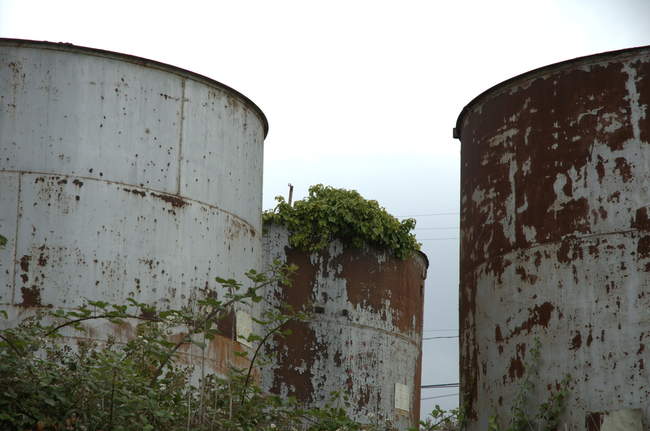 I think these are old water towers

After grabbing coffee and meandering until we reached the end of the street, we packed up and headed for the hotel. On the way we planned to stop for some fresh produce for dinner and to find a good spot to watch the sun go down. We found a roadside stand that was offering Avocados for 20 cents apiece and almonds for $3.99 a pound. Sold!

We decided to stop at a place we’d passed by on the way down to watch the sun go down. It was a good choice: on one side we had a green vista with a little lake of water, and on the other we had the Pacific and some steep bluffs. Here is the view looking inland: 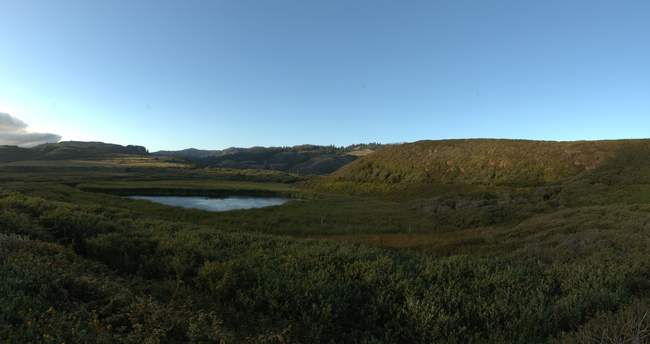 The sun kisses the hills 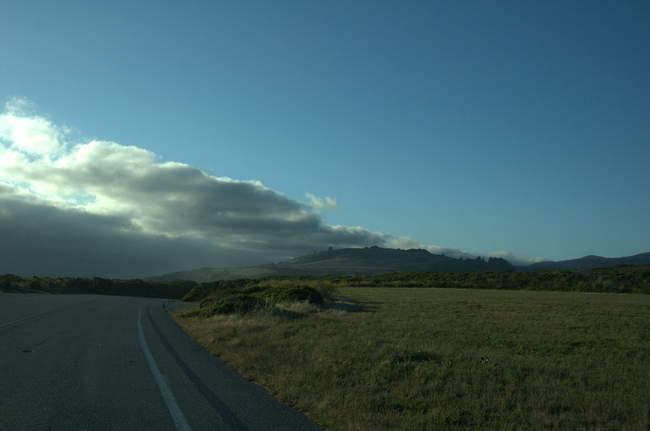 Clouds approach as the sun starts to set 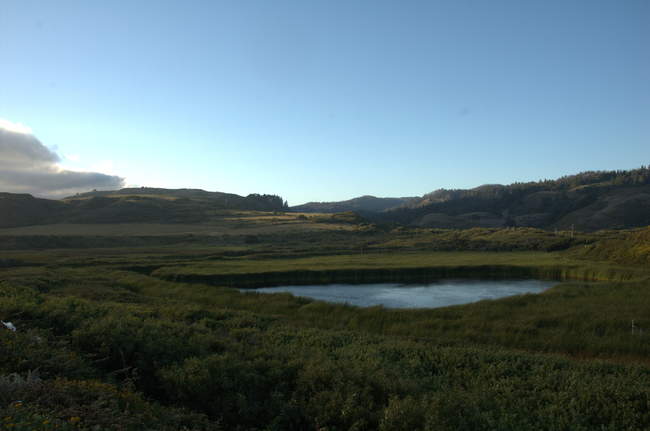 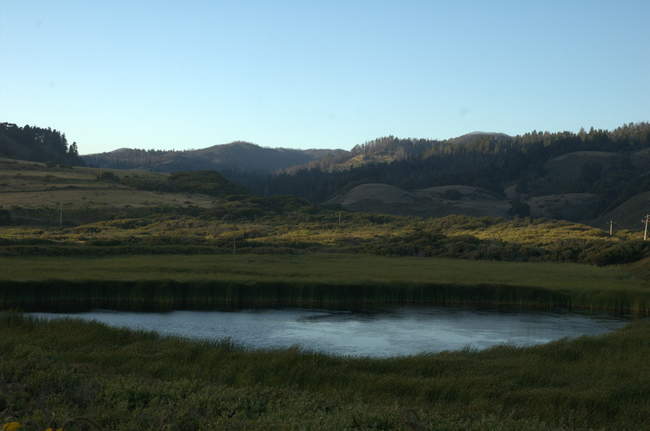 Another view of the same vista as the sun goes down

And the other side: 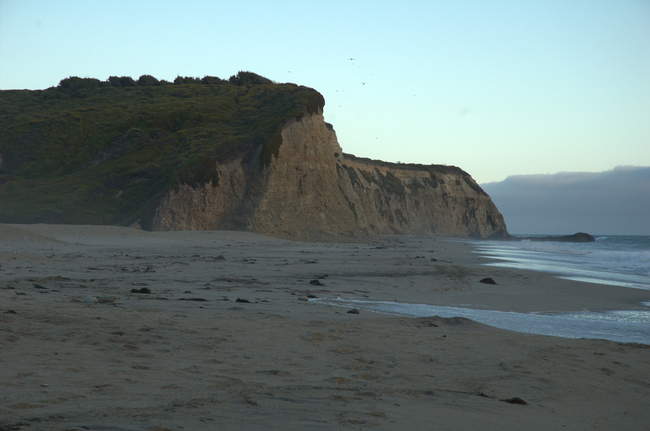 Bluffs seen from the beach 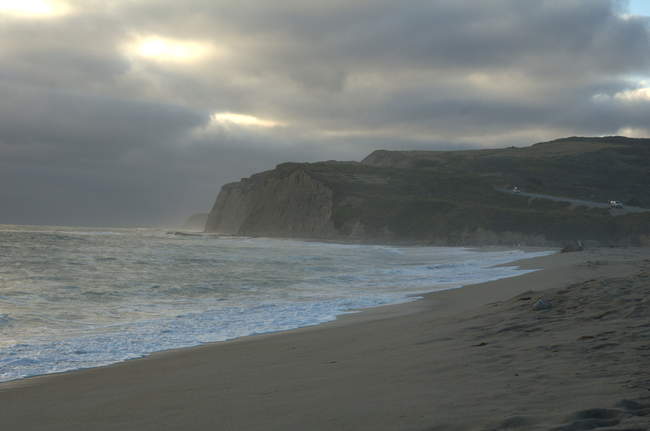 Looking in the other direction on the beach 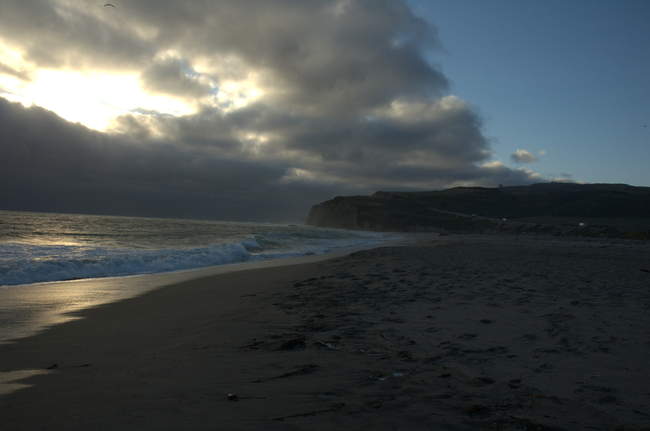 The clouds become more ominous, but there is no threat of rain 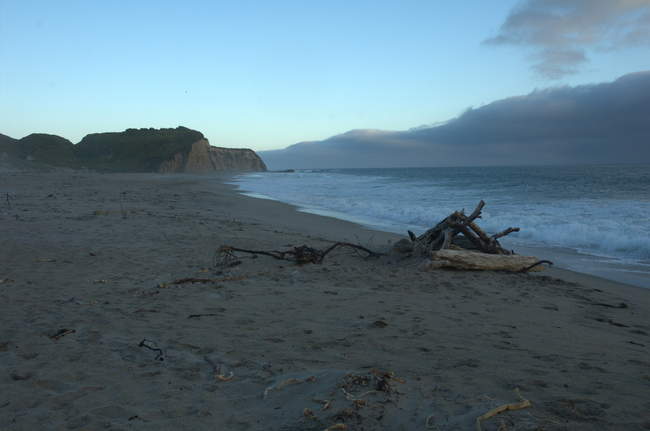 Driftwood on the beach

By this point the temperature was dropping, so we were each getting chilly. Added to the drop in temp was a big increase in the wind, which whipped around us with surprising strength. This wasn’t a problem for some people, though: out in the water we could see several kite surfers streaming through the waves. It was pretty impressive to see how fast they could go. 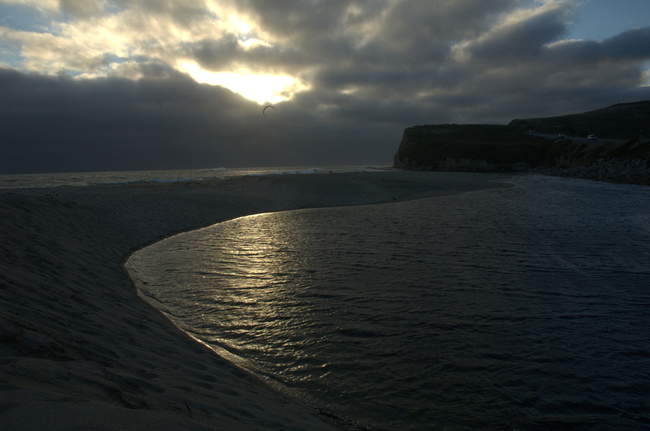 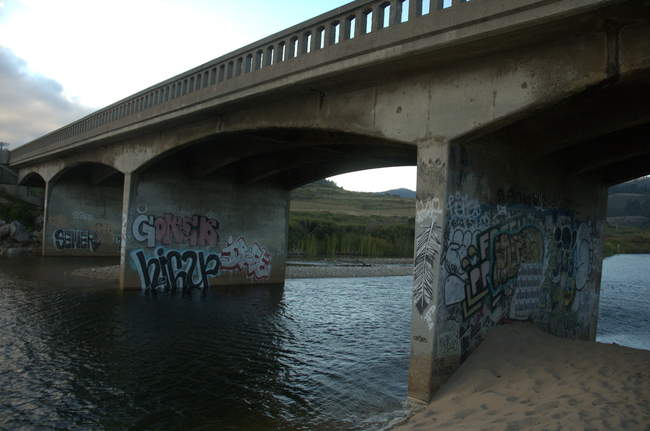 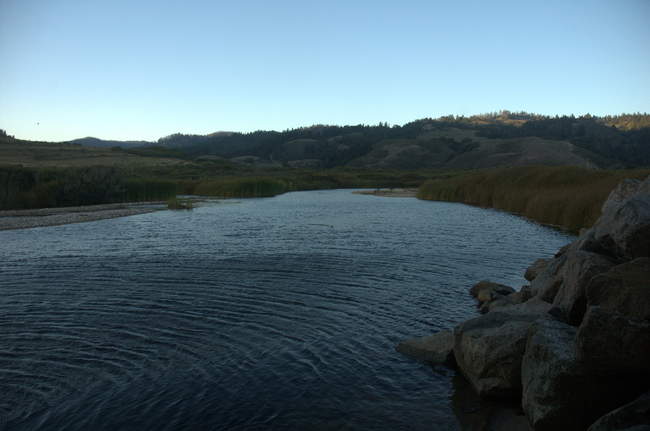 Peering under the bridge 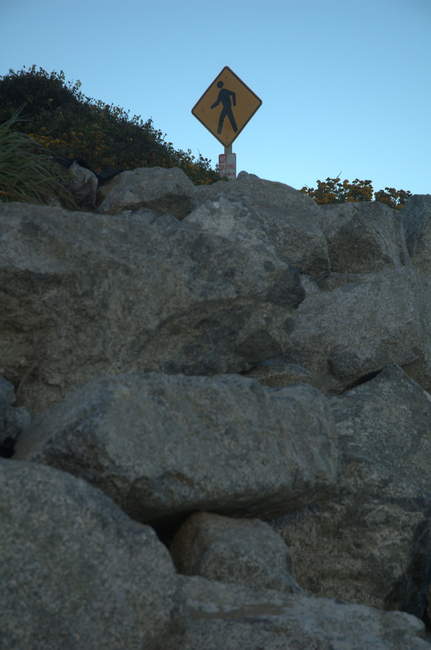 We were happy to have had such a full day full of amazing sights. We drank in the sunset for as long as possible and continued back home, where we collapsed in bed and fell asleep almost immediately.

Looking north as the sun goes down

The moon comes out as the sunrays fade