After over a year without a vacation, Kristin and I set off towards the opposite coast with San Francisco as our destination. Having first dropped off Layla and Sandie with my mom the day before, we were both feeling a bit lonely and unaware of what to do with all of the extra time on our hands. We decided to make use of it by fine-tuning our backpacks and thinking about things to do once we touched down. 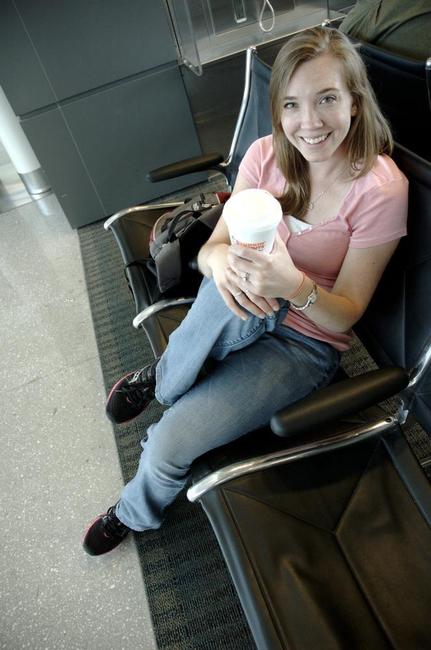 In Dulles before catching a long flight

Landing midday in SF International Airport, we hurried over to the rental car kiosk only to wait over an hour before getting a car. The situation there was atrocious - it felt as if they had not planned ahead to meet the demand of the incoming travelers at all. For everyone else’s sake I hope it was a fluke on that particular day, but I really doubt it. In the end we were able to get our hands on a Ford Escape, which was nice being that we own one and were familiar with its features.

Driving North into the city we noticed the different traffic patterns and road layouts immediately. San Francisco has reserved lanes on the right for buses and cabs in addition to mostly one-way streets. If our phones didn’t have GPS functionality (thank you Android and Google) we would have been up a creek. The worst that happened was us having to circle our hotel (the “famed” Hotel California. Yes, the Eagles one.) several times because we couldn’t get the parking situation straight.

We hit the streets after checking into our overly small room on the very top of our hotel. Right off the bat I noticed the huge amount of graffiti that can be found literally everywhere. It was a while before I grew to appreciate it; at first I was taken aback, but after paying attention one can see the real art in it. I came to admire some of the more intricate designs and wondered how people reached them. 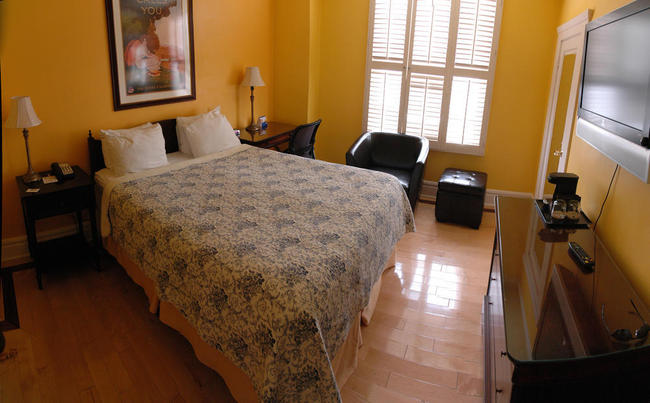 Our home for a week 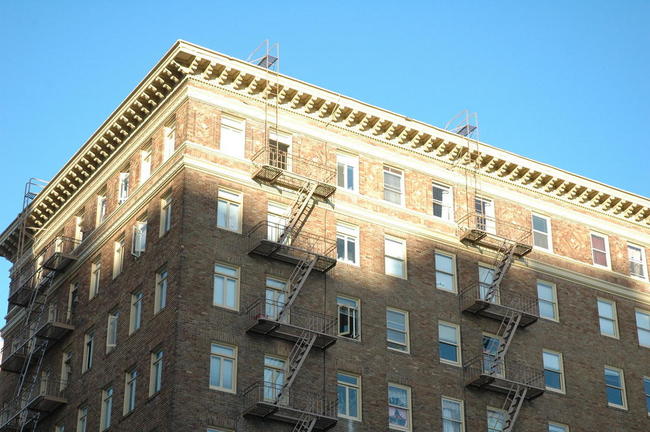 It is sunny but a chilly 65 degrees when we arrive 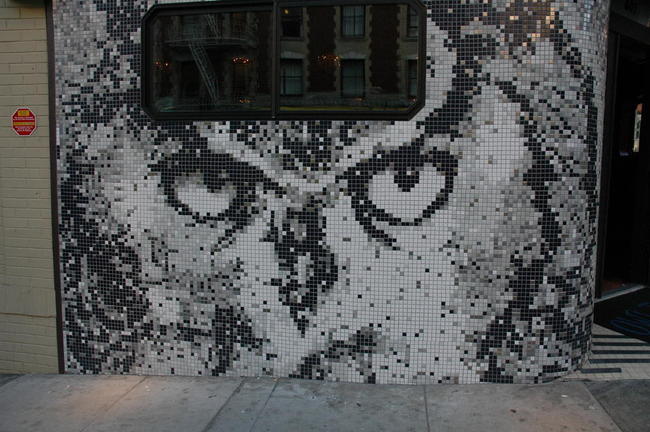 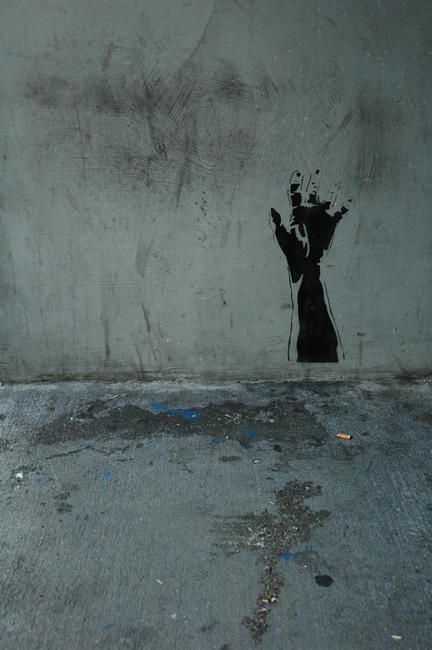 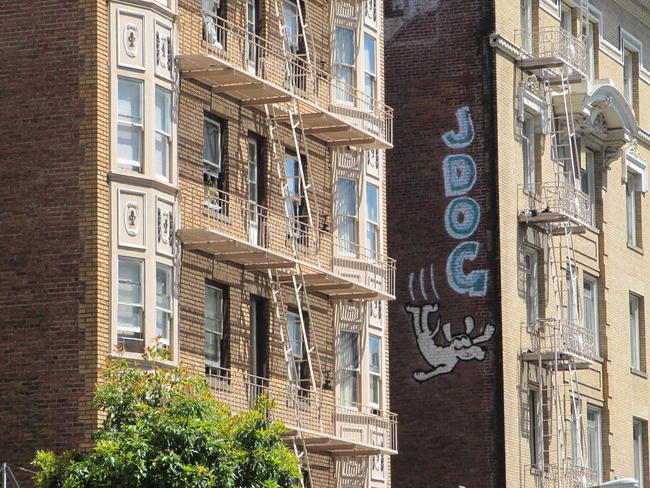 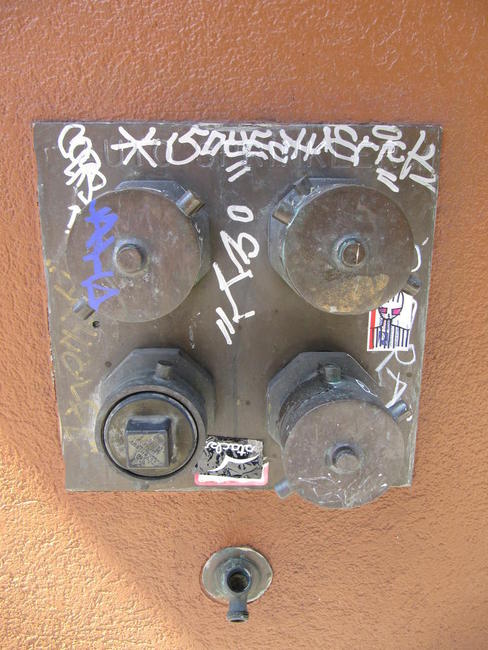 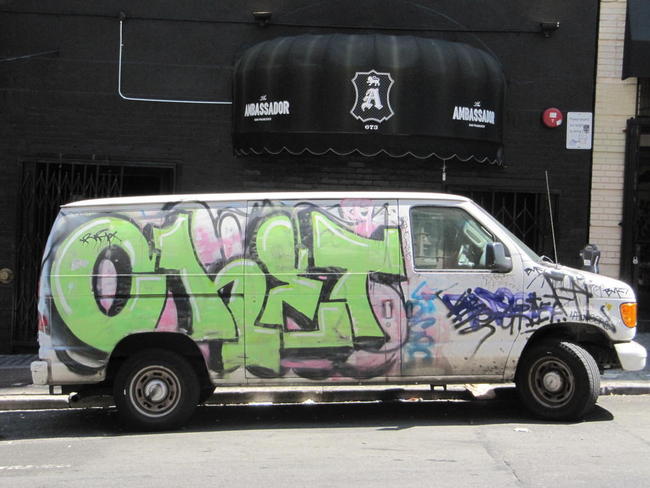 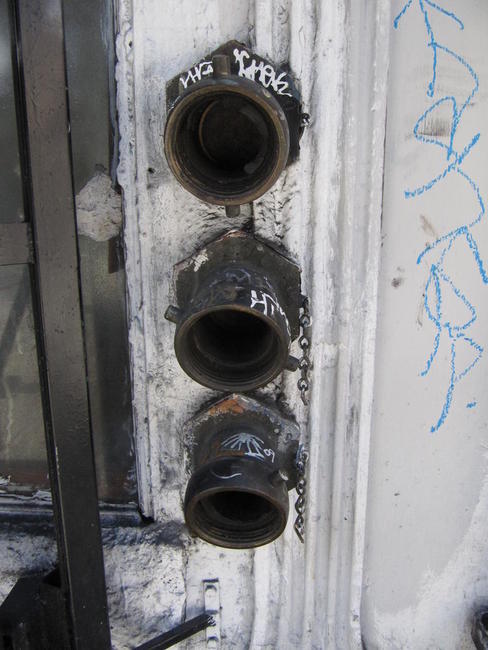 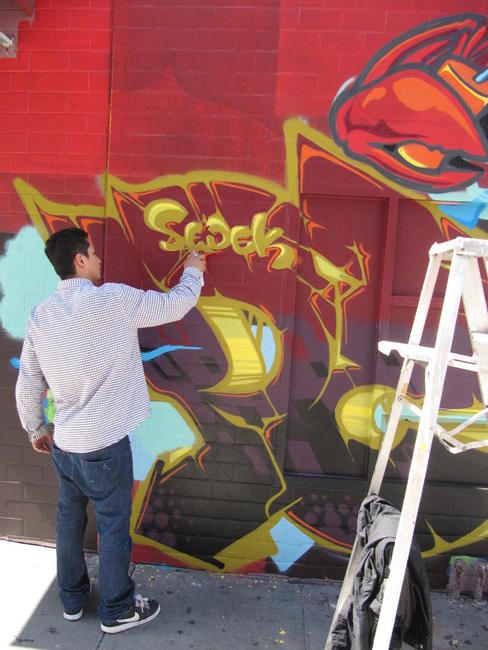 Putting the final touches on a piece

We walked in no particular direction and ended up at Grace Cathedral. It was gorgeous and voluminous inside, and out of respect we didn’t take any pictures. Across the street we found Huntington Park, which provided some colorful relief to all of the concrete surrounding it. 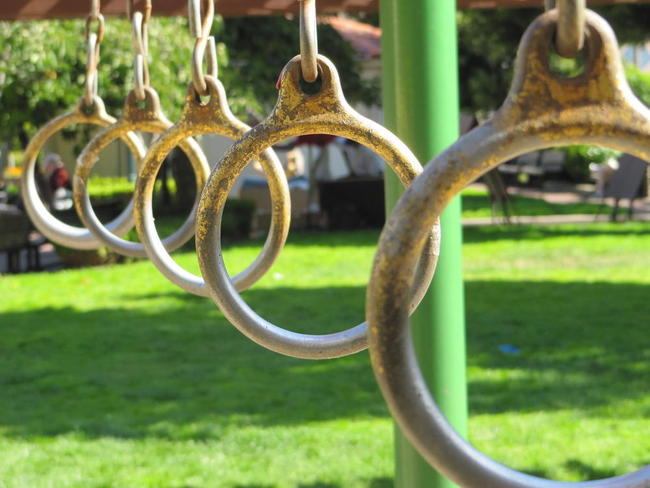 Rings on the playground 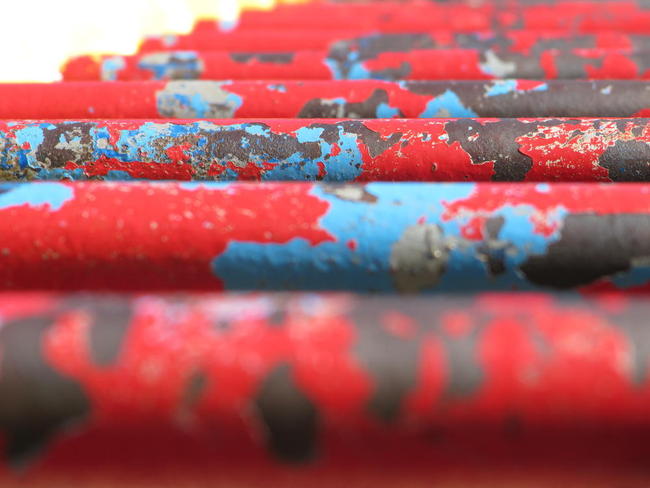 Aged handlebars on the playground 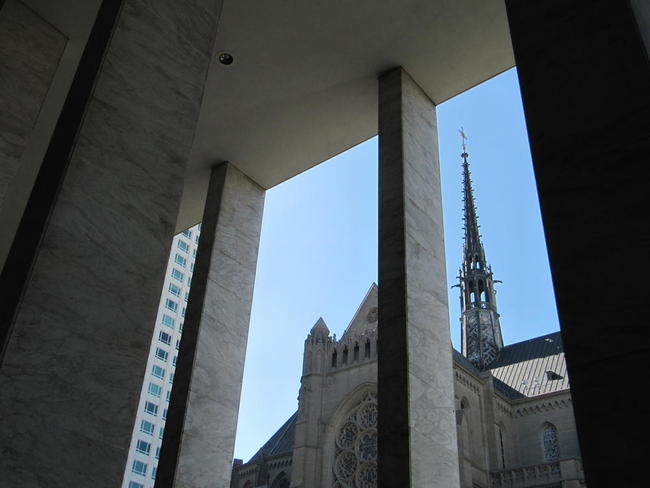 Grace Cathedral from the Freemason Lodge across the street 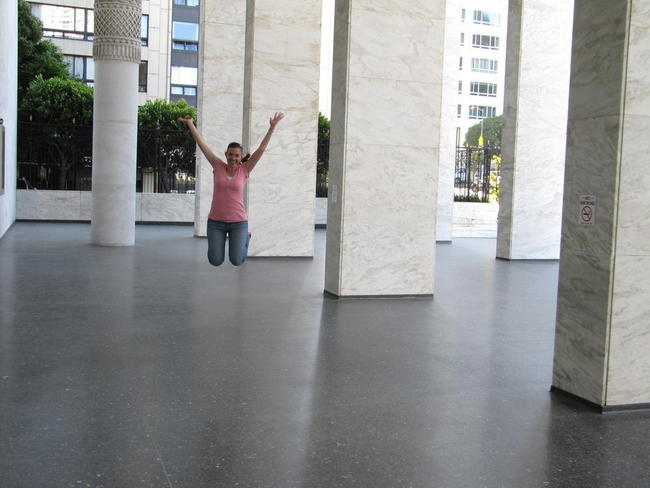 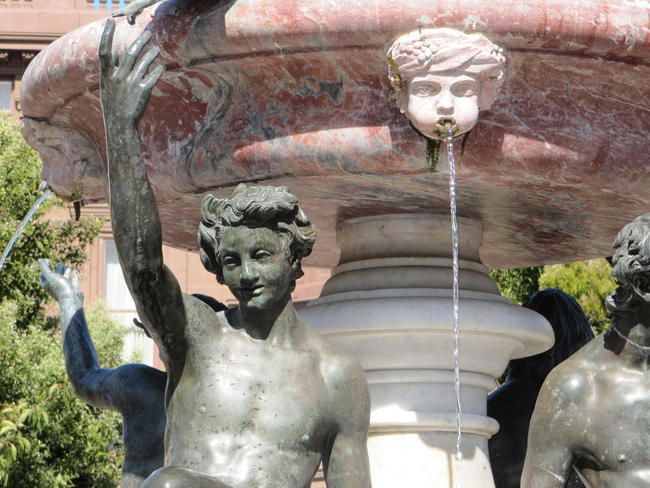 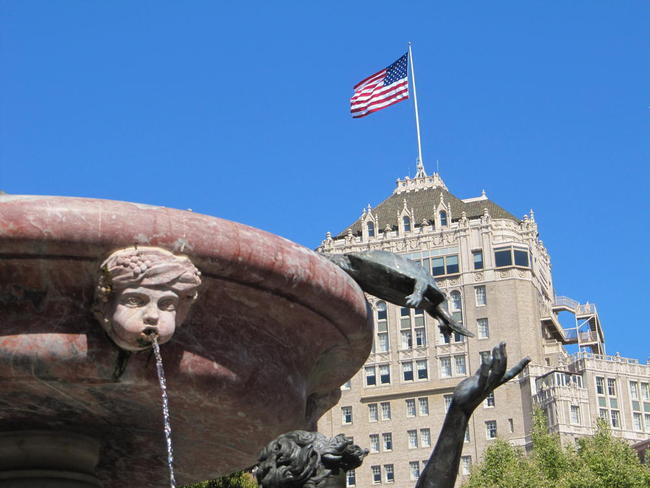 The fountain with the InterContinental Hotel as a backdrop

One cool thing to note is that San Fransciso allowed same sex marriages all the way back in 2004. I found this out by noticing a placard on one of the benches in the park. After a little research I also found these photos of the actual event. 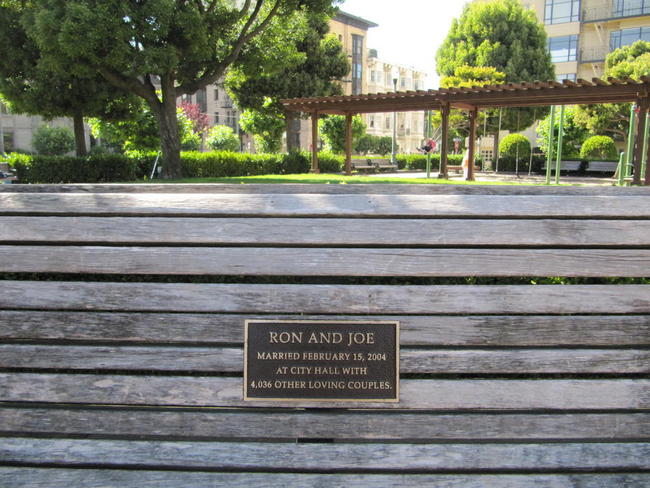 Congrats Ron and Joe (and all the others too, of course)

Heading back out of the hotel after dinner, we decided to see what Chinatown had to offer. On the way we stopped by Union Square with all of its high-end shops. We ambled around the square itself for a little bit before moving on through a tunnel towards the southern end of Chinatown. I had fun taking a few long exposure shots with the oncoming headlights, as it was past dusk at this point and was very dark in the tunnel. 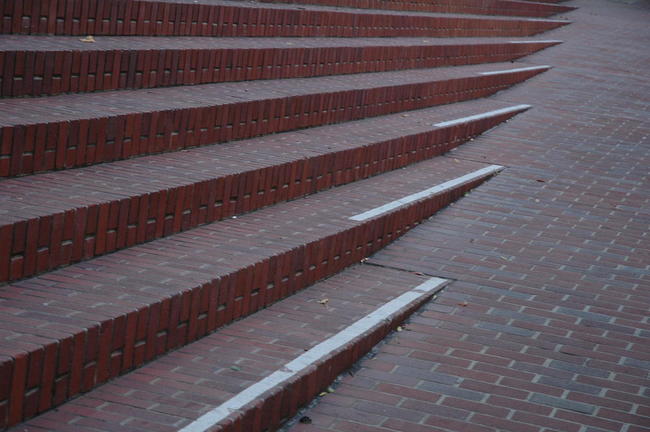 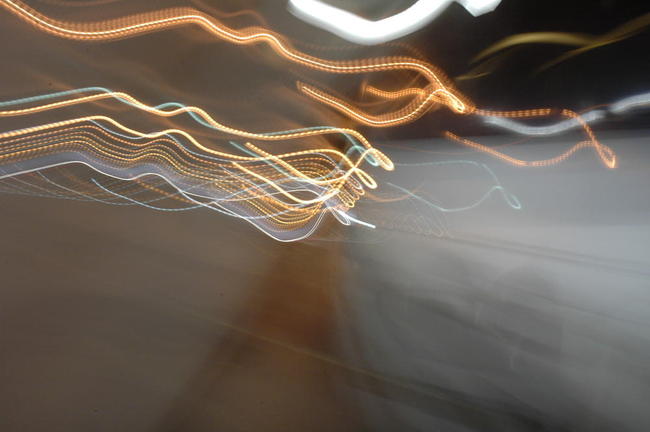 Long exposure in the tunnel near Chinatown 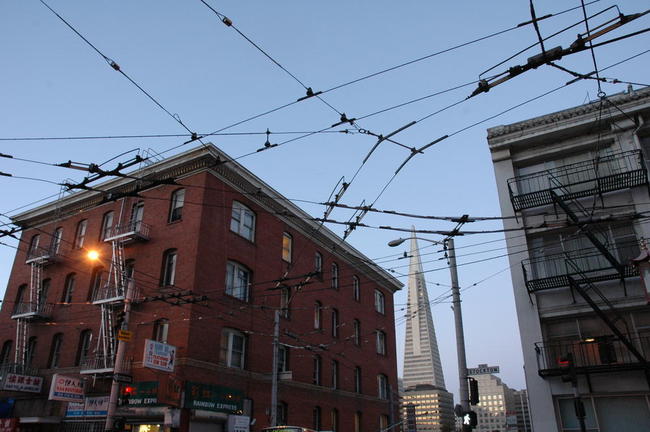 In the middle of Chinatown

Emerging from the tunnel into a very dark Chinatown, we almost turned back before we noticed a brightly lit street. It was the main drag, and we spent some time walking around in the various shops, admiring the architecture and decorations. Some were truly authentic, but others were very cheesy/touristy. We didn?t spend much time before heading back to the hotel for some sleep. It was past 1AM in east coast time and we were exhausted. We had a big week coming! 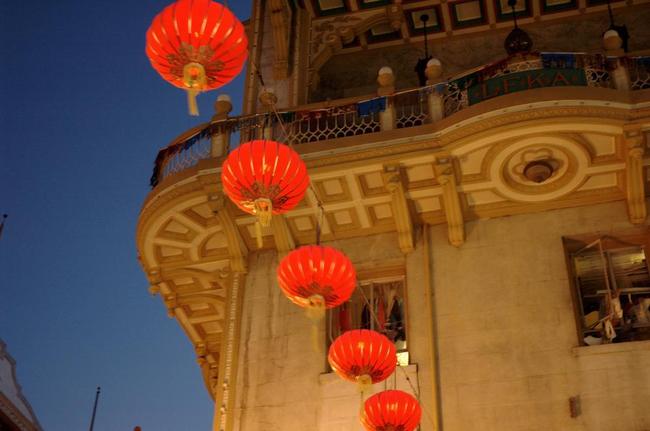 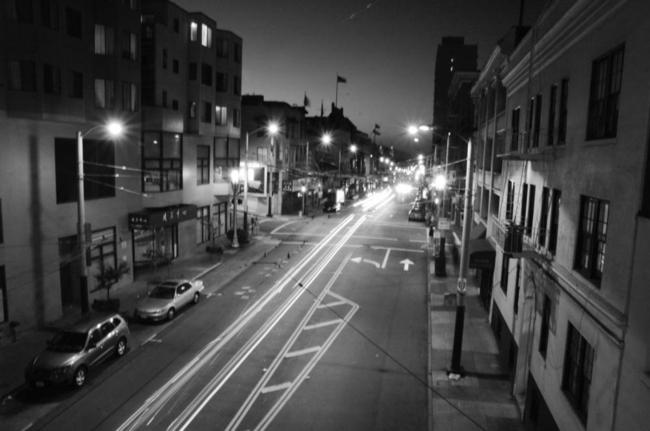 The hustle and bustle has died down near the tunnel