The weather was nice on Friday so Kristin and I took the day off. We had an all-day date out at Great Falls Park. Instead of going in through the park entrance we decided instead to hike in via the Difficult Run trail which is located just to the south and east of the park proper.

It rained on Thursday, so the trail was a bit muddy and the run (stream? river?) was going strong. It was impressive either way, and we stopped to take quite a few pictures. I planned to come back on Saturday morning for the sunrise if I saw anything interesting. 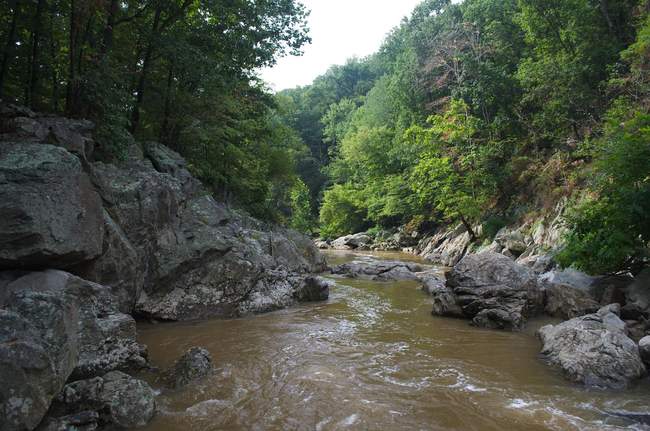 The light was fantastic, coming down through the trees. 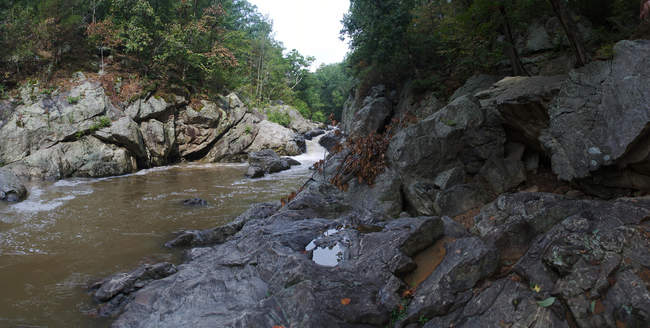 The water rushes down towards the Potomac on Difficult Run

The hike wasn’t bad, but the mud was pretty tough and our shoes were quickly caked. After about an hour of hiking at a slow pace we arrived at the junction of the Potomac River. There was a surprisingly big swath of beach there where we could admire the scenery of Maryland and Bear Island in the distance. As a bonus there was also a makeshift chair that someone had fashioned from stones and a log. It sat on the beach looking like a place for deep thoughts.

Difficult Run empties into the Potomac

Leaving that area and getting back onto the carriage trail led to much easier footing. After about two more miles of medium hiking we were into the park grounds and close to the main overlooks of Mather Gorge. The water wasn’t too high - the ranger informed us that it takes about 5 days for the rain to show up in the river - but it was a light greenish tint. I heard one visitor say that it looked like Gatorade (ha).

There are three overlooks within the park, and each has their own characteristics. The third overlook (we approached the overlooks in descending order) provides the most expansive, unobstructed view. 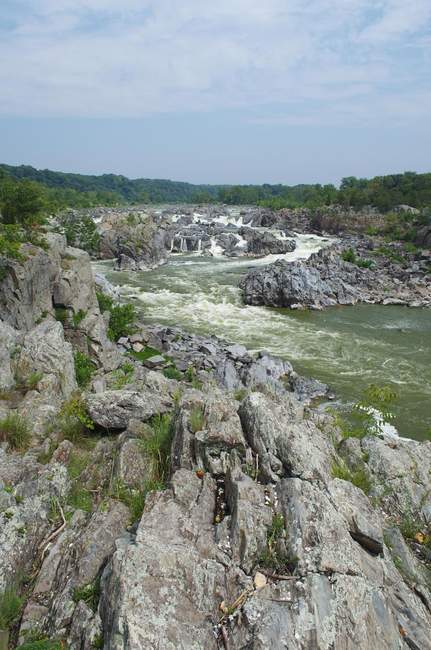 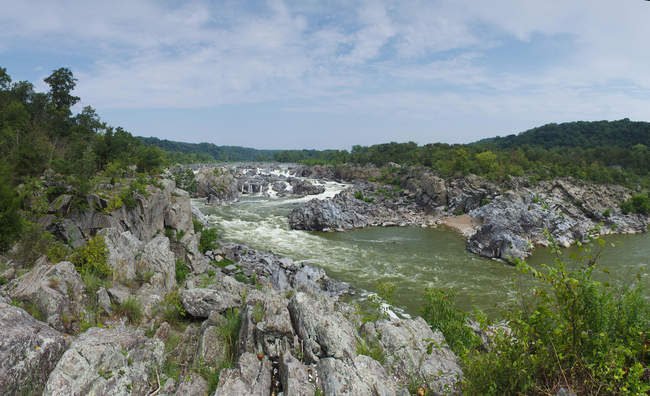 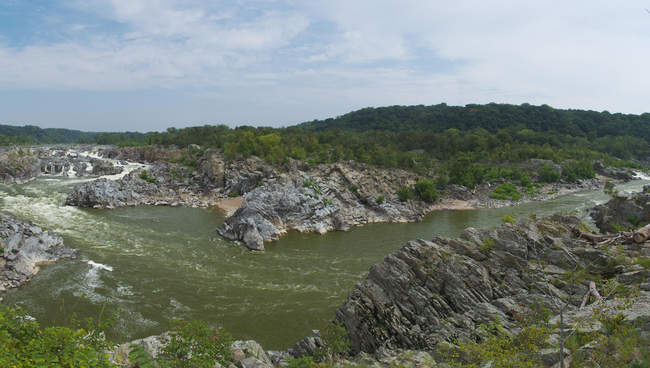 Another view of overlook three at Great Falls Park

Overlook two provides the “midway” view between the large rock formations to the west and the snaking curves to the east. It is my least favorite, but that doesn’t say much because they are all beautiful.

Overlook one is by far my favorite because of the crashing water and the huge rock formations. It is a shame that it is so difficult to get a good picture there, though. I had to rig up my fully-extended panoramic equipment just behind the guard rail to get a decent angle. If I had anything less than an 18mm lens it just wouldn’t have worked, so I’m thankful I was able to get this one. What’s more is that I came back to the park to get it! The clouds just weren’t there during the afternoon on Friday, so on Saturday evening I came just before sunset to get the best view of the clouds. I’m happy with what turned out! 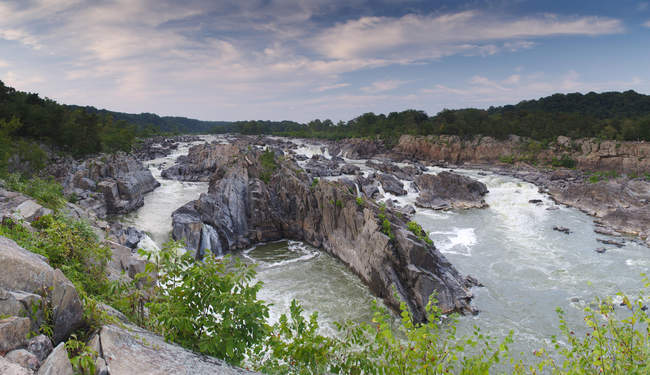 Overlook one at Great Falls Park