My old HTPC is something that I call a “frankencomputer,” meaning it’s been upgraded in piecemeal fashion after various OEM parts failed over the years. It may look totally new, but inside it is the same limiting, loud hardware that I started off with circa 2003. I needed some new hotness, so I started looking for something with the following criteria:

After a thorough search of Newegg and Amazon I settled on the Acer Aspire Revo 3700. It met all of my criteria above with ease (thanks to an nvidia ION graphics processor) and was only $349. Plus, it came with a bluetooth keyboard and mouse - nice! I ordered it last Monday evening and it was on my kitchen table on Thursday: 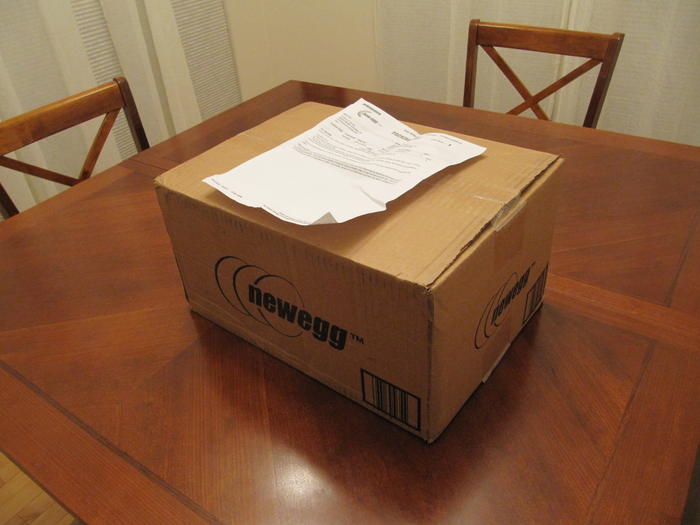 The box felt very solid, and after opening I knew why - the Revo box itself fills the majority of the Newegg box. Only two airbags were used to fill that empty space: 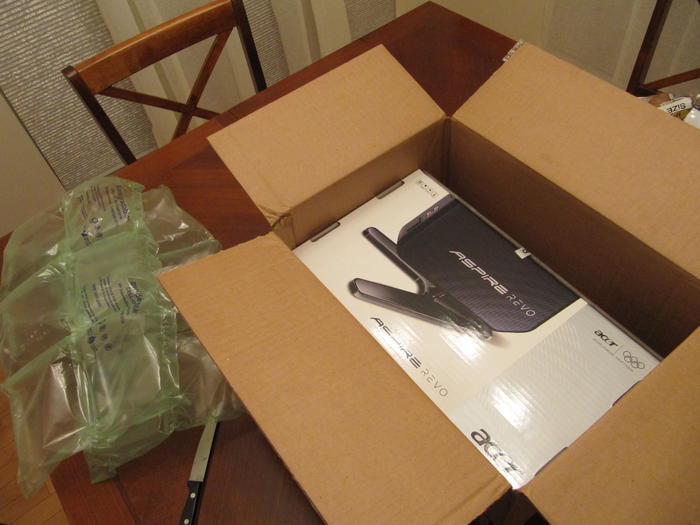 After opening up the Revo box itself you can find the keyboard and mouse at the very bottom. I originally thought that I wouldn’t be using these, but the small form factor of each of these is making me think twice! Both are smaller than the bluetooth set that I currently use: 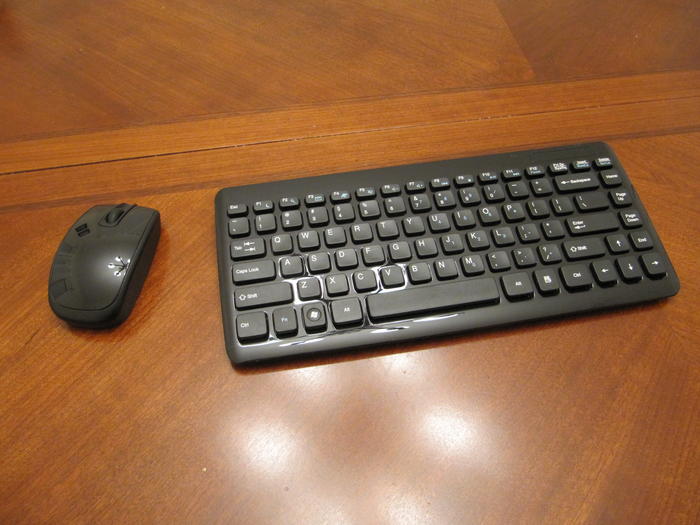 Here’s a look at all the parts laid out on the table. Included with the stuff already mentioned is a laptop-like AC adapter, TV mount, vertical stand, some manuals, and of course the box itself. Yes, I was drooling:

All of it splayed out

The machine itself has a luster to it. It is dark blue. Here you can see the front of it - it has the SPDIF out, a card reader, and audio ports. On the bottom left you can see a small cleft where the power button is: 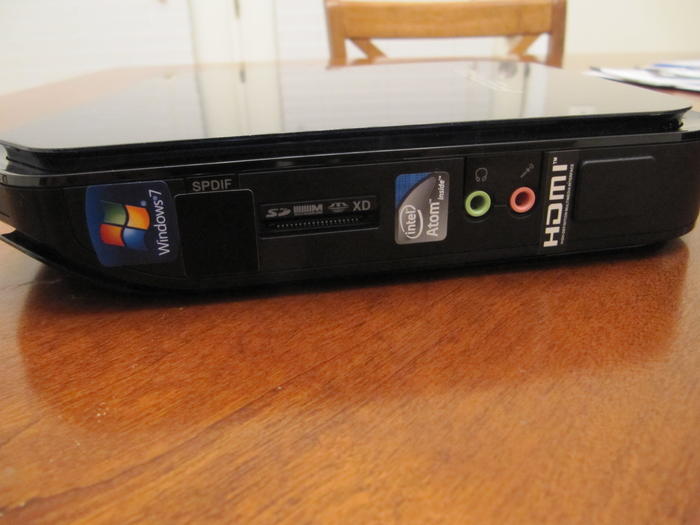 Turning it around 90 degrees you can see a USB on the top front and the plug for another USB nearby. The top also has vents for the super-quiet fan: 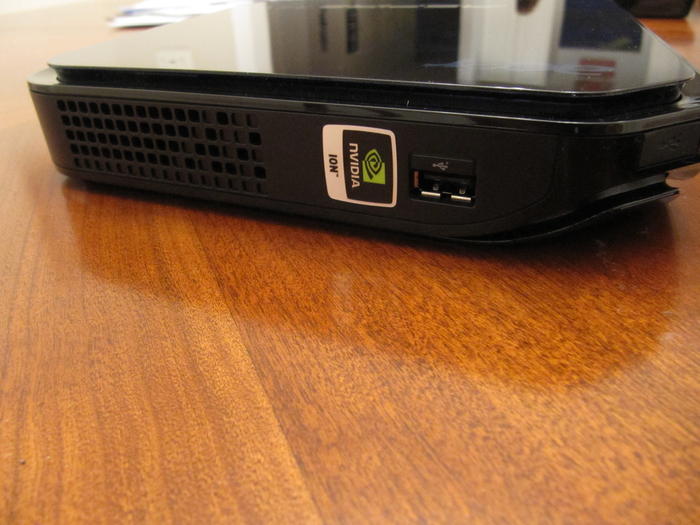 Here’s where you see where all the magic happens. The back has all of the other USB ports, HDMI/VGA out, the ethernet port, and the AC adapter input: 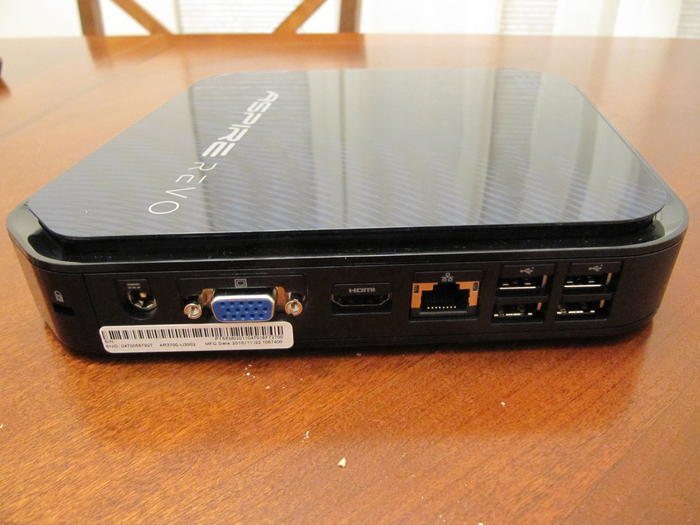 On the bottom you can find some more vents and the slot for the base (which comes with it): 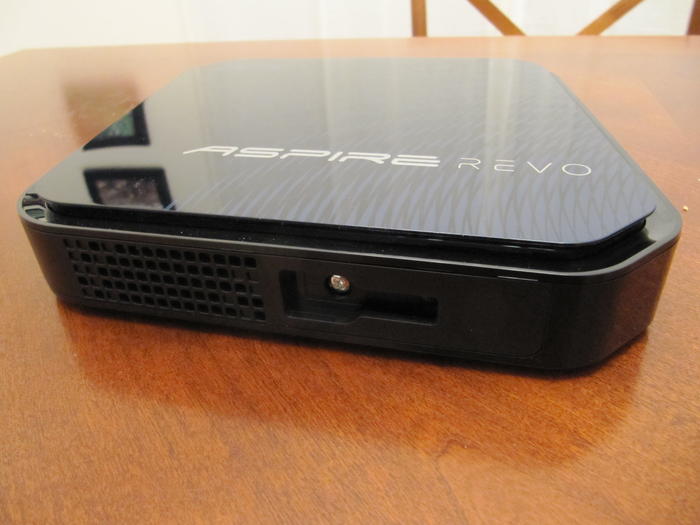 Here is what it looks like with the stand on it. Sexy, no? 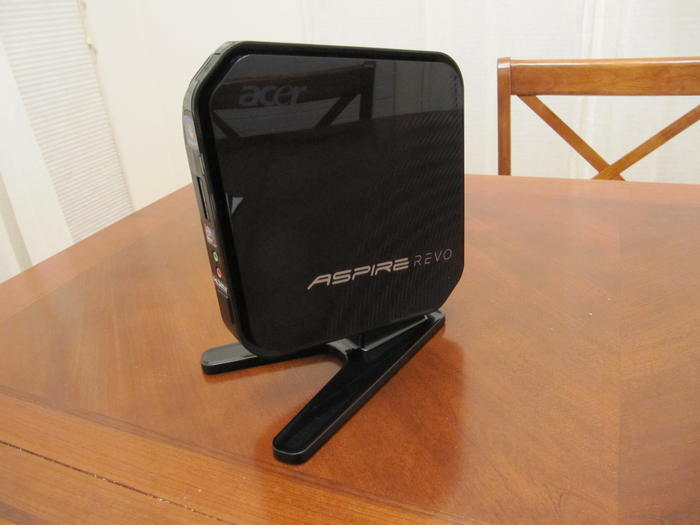