I woke up at Tommy’s house at around 6:30, anxious to get on with the day, but everyone else is still sleeping when I go downstairs. I idle for a bit in his den, then meander back upstairs to catch another hour of sleep. Everyone eventually wakes up around 8. We head to the local breakfast place - “Pancake House” - where we all grub on some delicious food. Except for Scott, that is. He refuses to break his allegiance to Waffle House and opts for water alone.

We drive past Blacksburg on route 460 and take a right on a windy, beautiful country road. We arrive at the trailhead at 10:30 with full bellies. It is breezy and overcast but otherwise comfortable hiking weather. We all situate our packs and prepare ourselves for the day ahead. Soon we’re on our way and becoming familiar the trail again. 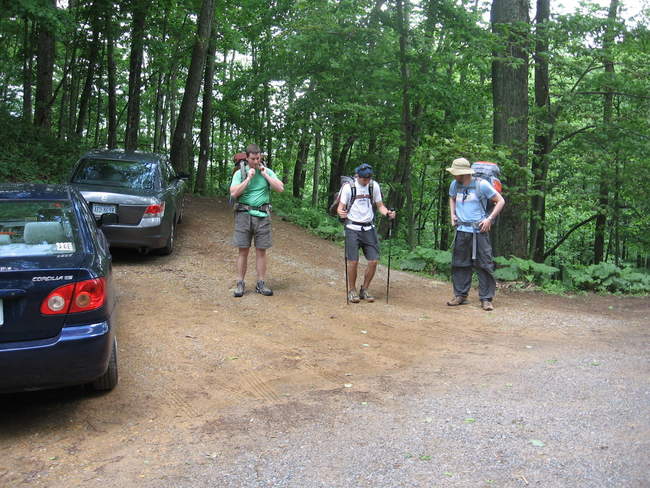 Scott, Tommy, and Tyler prepare to start the day 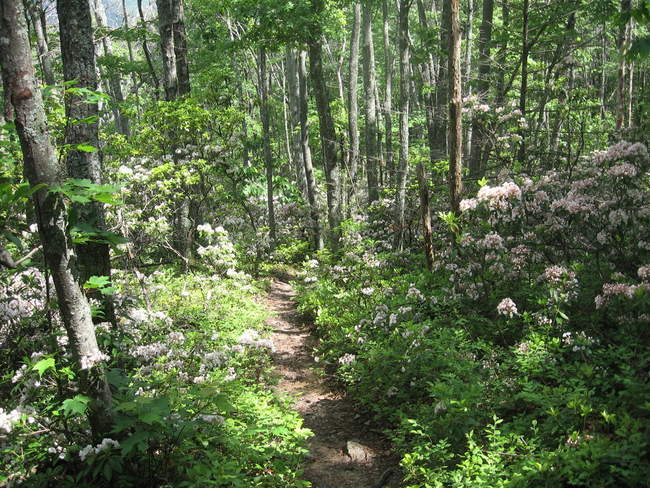 We encounter some beautiful flowers shortly after starting

Not ten minutes into the hike everyone gets “bit” by a strange plant on the side of the trail. After just a brief brush of this plant we’d feel a quick stinging followed by an intense, annoying itch. The itching would persist for about 20 minutes, then it would disappear. It couldn’t have been sumac or ivy because of the symptoms being so light, so I will have to do some research to find out exactly what plant could cause that kind of reaction. For now that is a mystery. 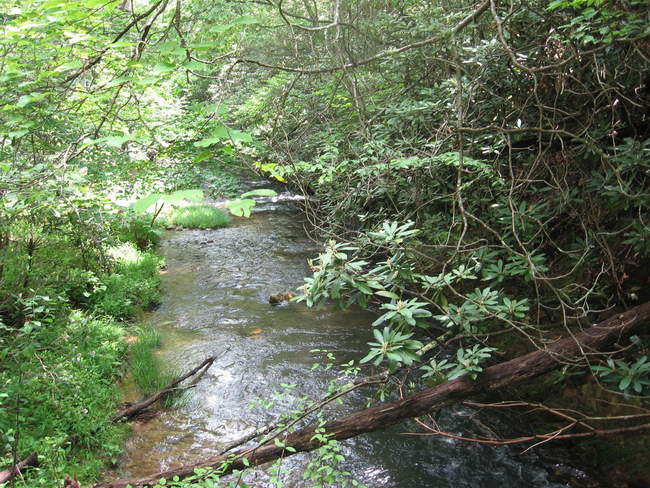 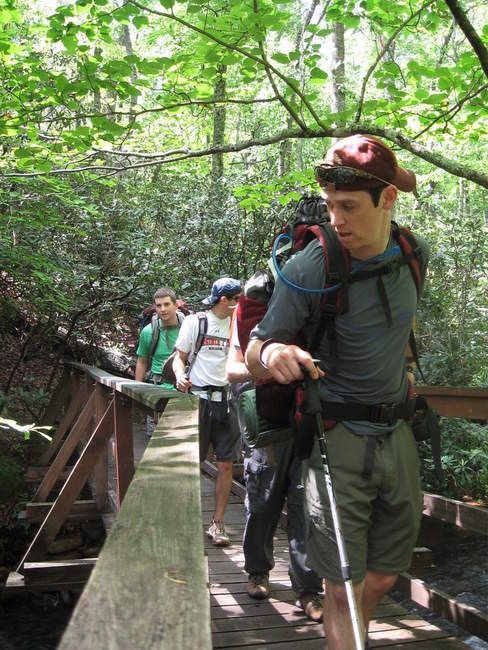 The team crosses the stream 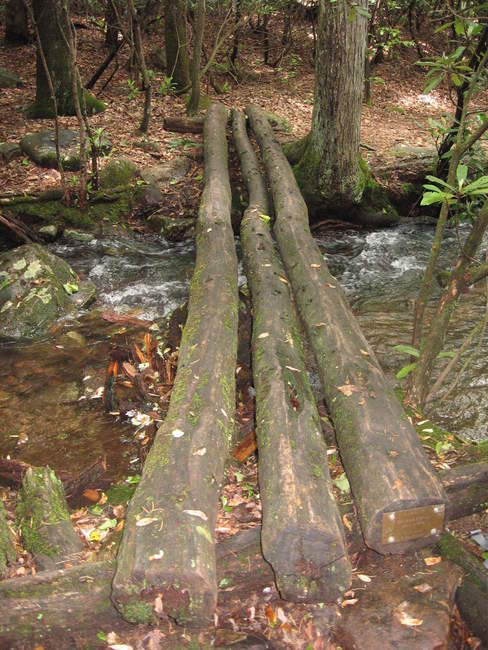 The section of trail was markedly different from the sections we’d hiked previously in Shenandoah National Park; this particular section was largely unkempt and narrow, with the trail being little more than a foot wide and bordered by shin-high grass or weeds. The thorns were prevalent as well, leading to several scratches on our ankles and shins. The most critical difference was the large amount of rocks jutting out in every direction. We make conscious decisions for every footstep we take, else we know we’d end up with twisted ankles. I found the amount of effort required to do this mentally tiring – besides preventing me from seeing the uplifting scenery around me, having to think about each footstep was repetitive and dull. 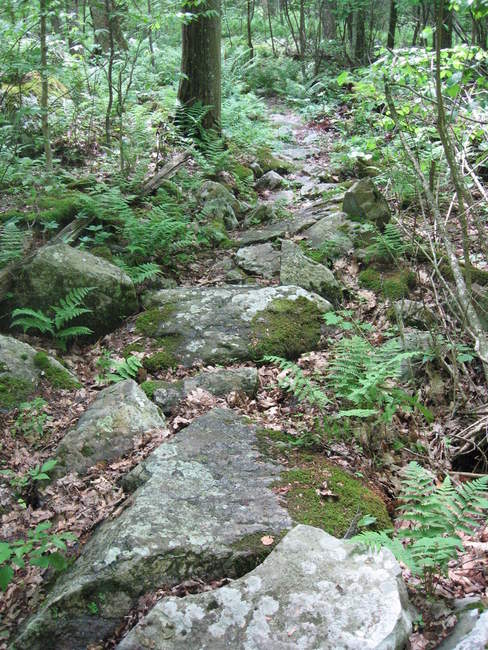 A steep, difficult path lies ahead...

By noon we hit our first overlook of the trip, and a gorgeous one at that. Wind Rock is breezy, beautiful, and surrounded with lots of great clouds in the sky. We all take a break to soak it all in and to let our shirts dry on the hot rocks. Scott takes some pictures of Superman and the mini-Velociranda. It is well deserved after a 2000-ft gain over a mile and a half. 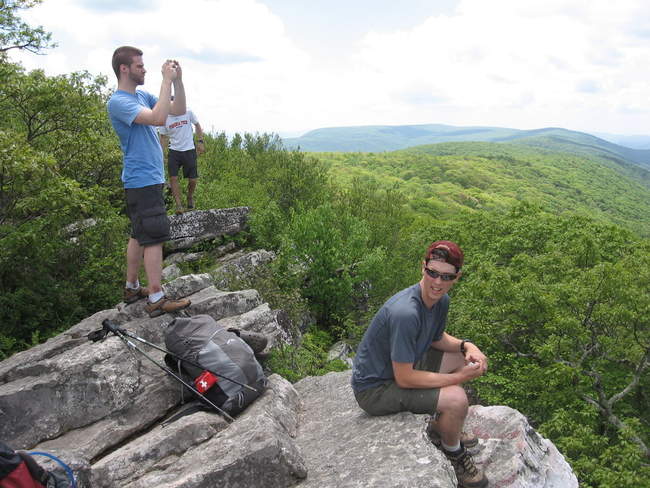 Taking a break at Wind Rock 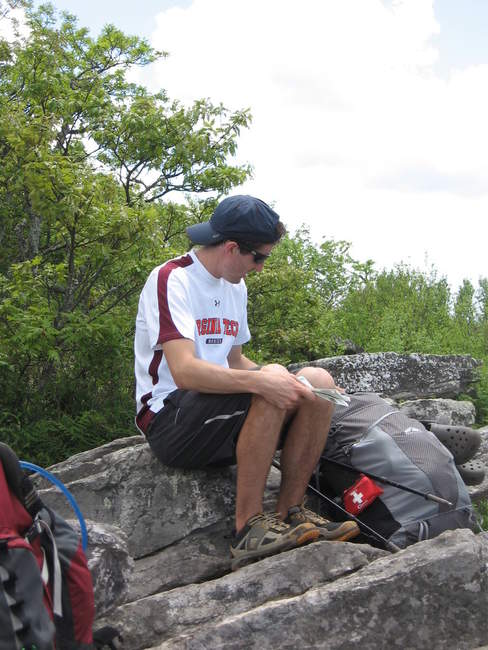 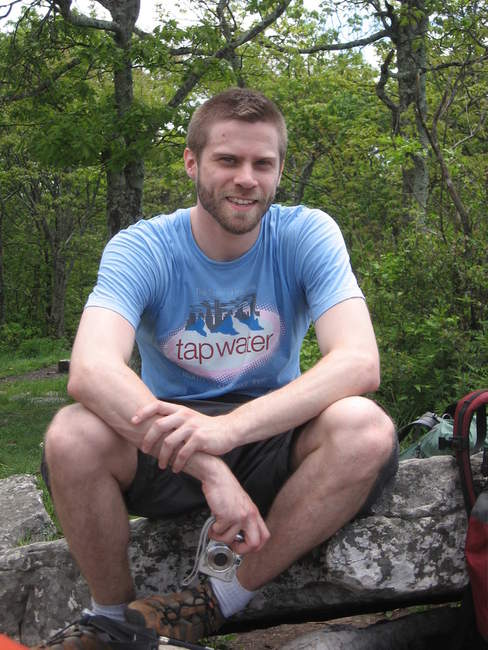 We arrive at Bailey’s Gap Shelter at about 4:30 in the afternoon. I set up the hammock immediately as usual, trying to find a good distance between two trees. Everyone else sets up close by. I help Scott set up his hammock suspension just like mine with the two extra descending rings I brought. We make a deal: he gets my lunch at Waffle House at the end and he can keep the two descending rings. Everyone remarks that the privy reeks. It does. 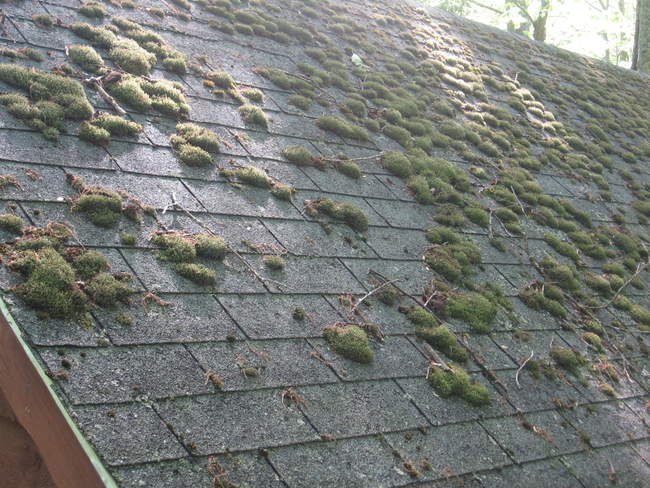 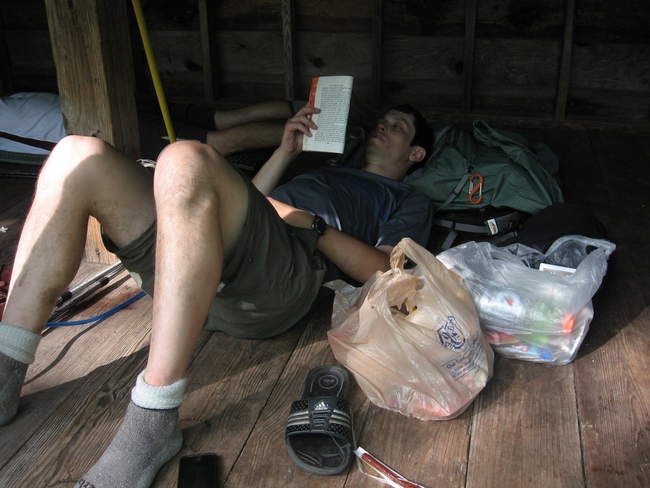 Hombre a.k.a. Omelet reads what is left of The Catcher in the Rye 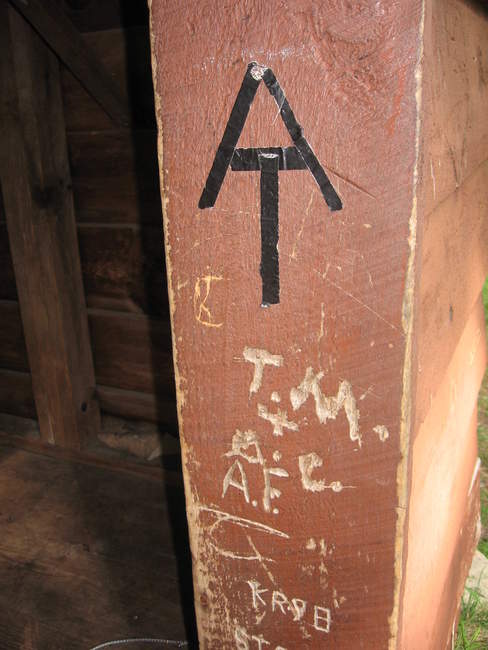 AT symbol in electrical tape 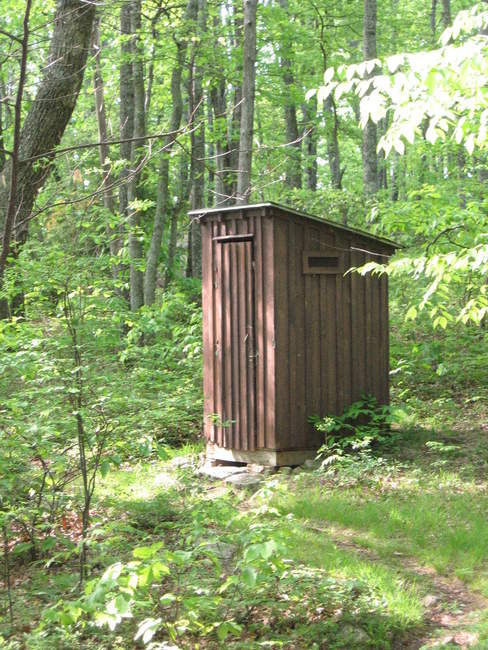 We hang out for a while on the picnic table, and Tommy and I check the logbook for the thru-hiker we met three weeks back: NoCello. In the midst of talking about the guy Scott points to a scrawling on his side of the picnic table. As luck would have it we see the following looking back at us:

Nocello on the picnic table

We try to start a fire, but the sticks and other kindling around is too damp from the night before. We choose instead to share some cigars which Scott graciously provided. Shortly thereafter we all break for our hammocks to get some sleep. 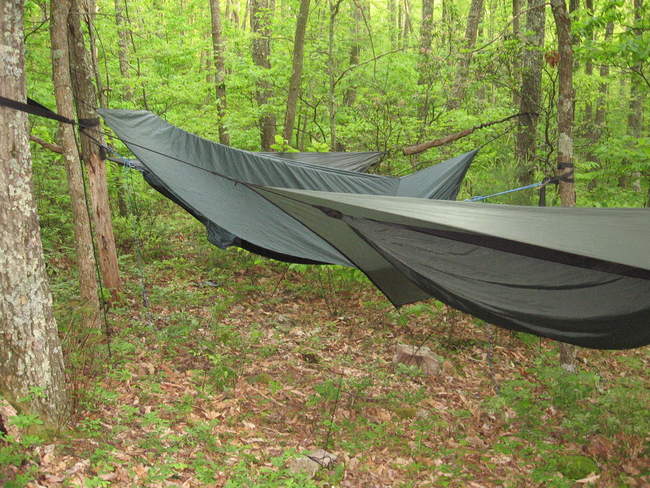