The next time you are walking around and something catches your eye, stop and think about exactly what it was that caused you to stop. It may not be immediately apparent to your conscious mind, but your subconscious knows what it’s doing. Trust it! Give yourself some time to absorb the scene and you’ll be rewarded with a better picture. It may not come to you immediately, but with practice you’ll begin to be able to identify the key points in a scene that initially drew your eye to it.

Here’s an example of what I’m talking about. Today I went to my local DAMA meeting, which was held out in D.C. near Union Station. As soon as I got off of the escalator and outside into the weather (cold and dreary), I was greeted with beautiful light, arches, and patterns: 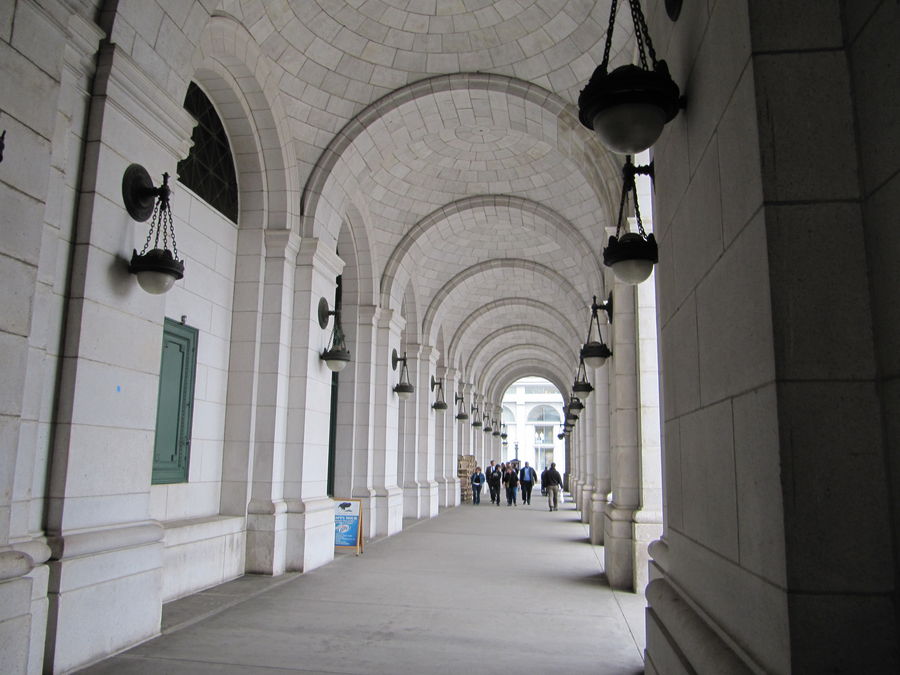 Initial scene outside of Union Station

Taking this scene in for a bit, what really drew my eye wasn’t the brick patterns. It wasn’t really the light in any particular spot either - it was a drab day and the light was diffused everywhere. Focusing on those things as the collective subject creates a rather uninspiring image that looks like it could have been taken anywhere D.C.: 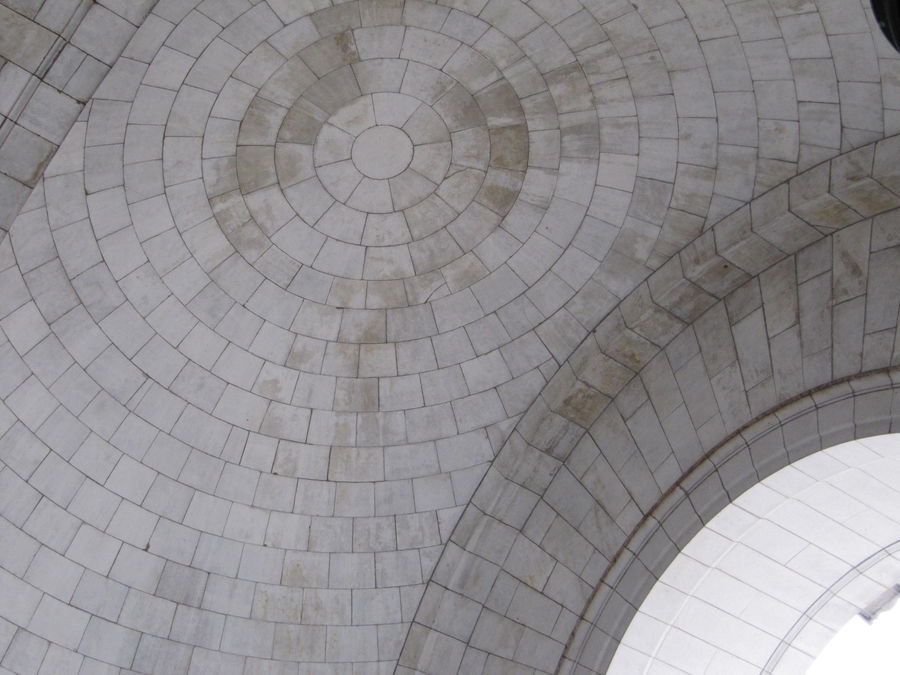 Patterns and light on a drab day

Thinking a bit more, the real pattern popped out to me. What was catching my eye was the progression of archways into an almost-vanishing point far down the walkway. Tightening up my composition to just include those elements makes the picture much more compelling: 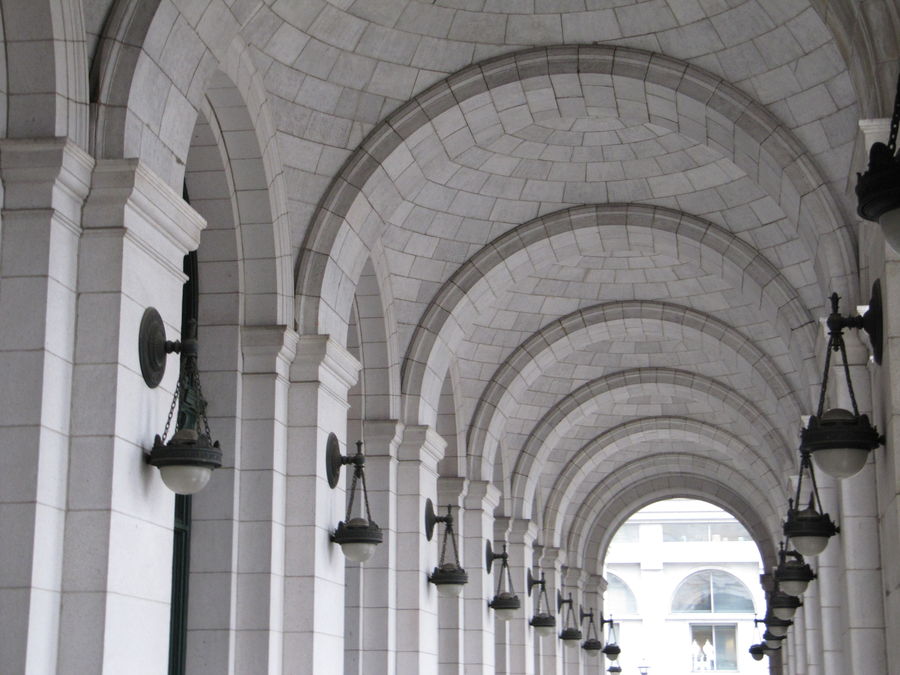 Light at the end of the tunnel

Here's another example from later in the day. After my meeting finished up, I headed down to the National Portrait Gallery near the Verizon Center. The interior of the building is like a hollowed-out box, with the middle being an enclosed courtyard where you can hang out or get a bite to eat. I loved the look of the courtyard - especially its unique roof: 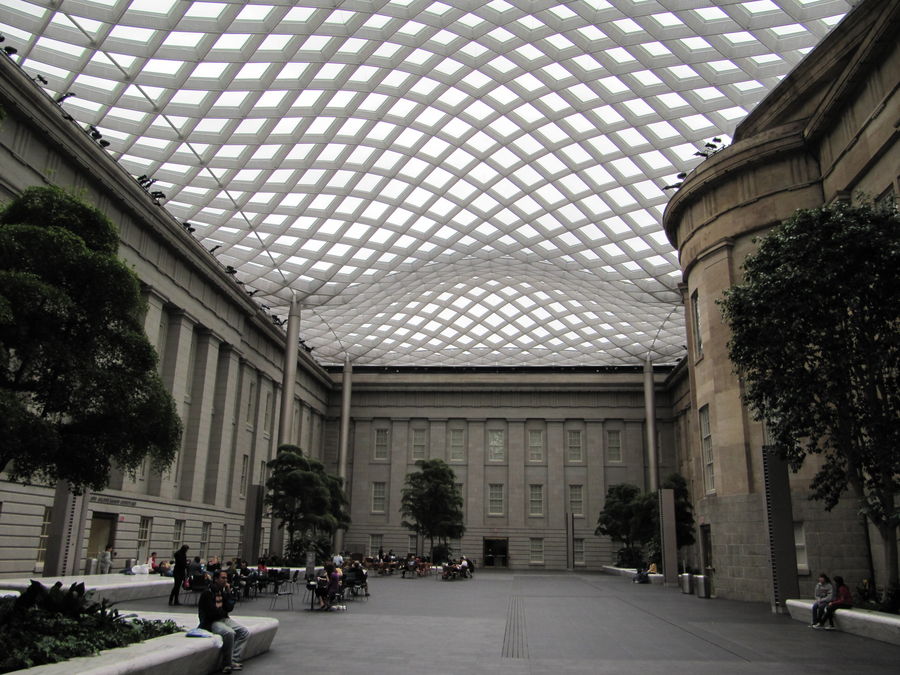 That roof is really nice, but what drew my eye to it was that curve in the far distance. It is mesmerizing! I zoomed my camera in to get a better view of just that peculiar angle, which resulted in this:

By sitting back and taking in the scene, I was able to grab a couple of good ones today. Oh, and I got to say hello to John Brown in the process - look at that gnarly beard! 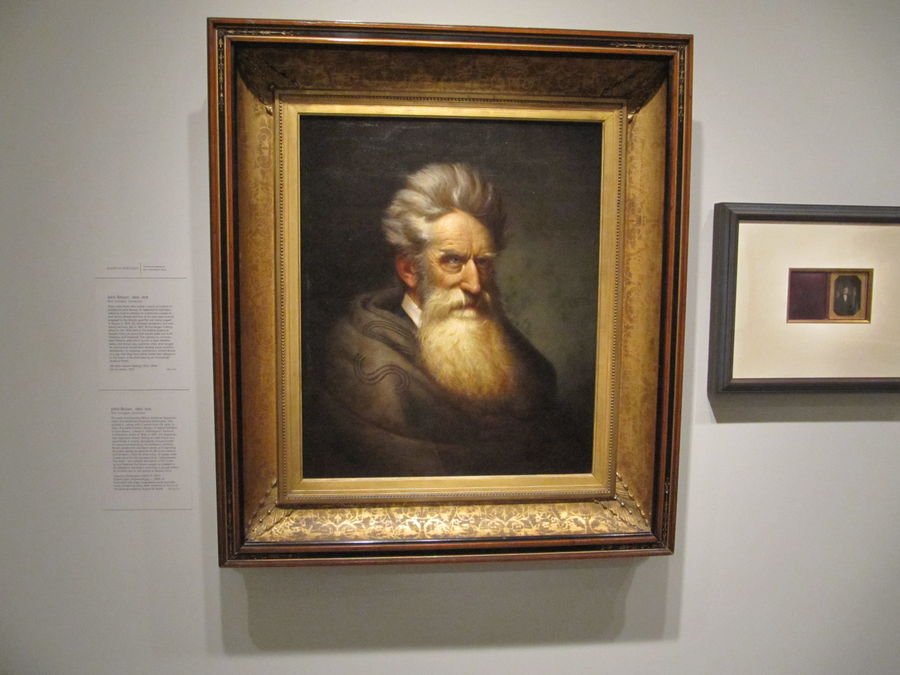 John Brown and his beard