Yesterday on my almost daily walks around Reston Town Center I spotted two new sculptures cropping up in the park across from the Rolls Royce building. From the signs nearby they are made out of recycled wood posts. 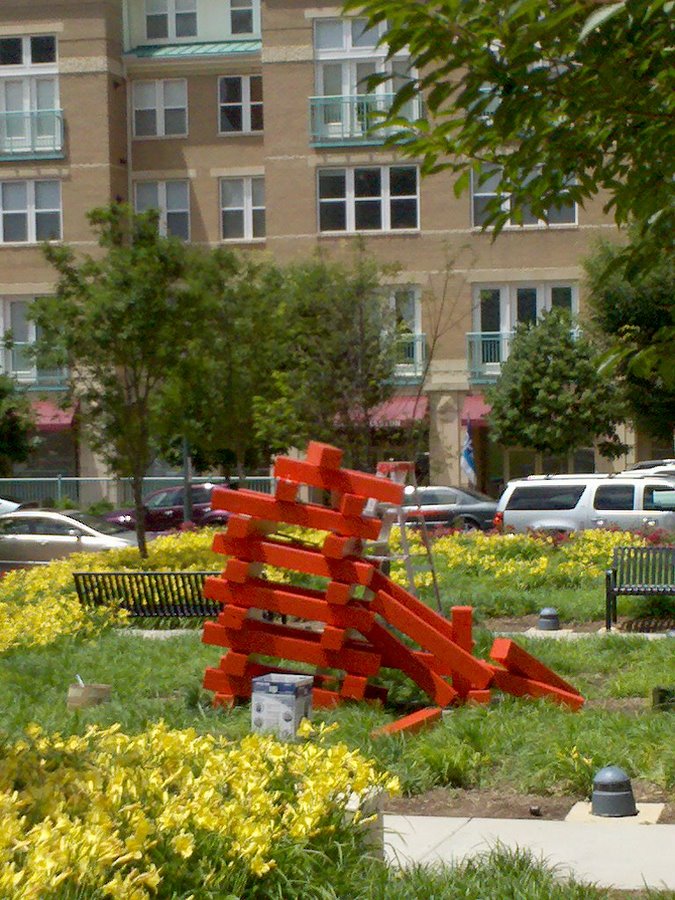 The second new sculpture in RTC.

It is pretty cool how they are propping the red sculpture up - a clue as to how it may look when finished? I don’t know, but it looks good. Here’s a picture taken a little while later (the next afternoon): 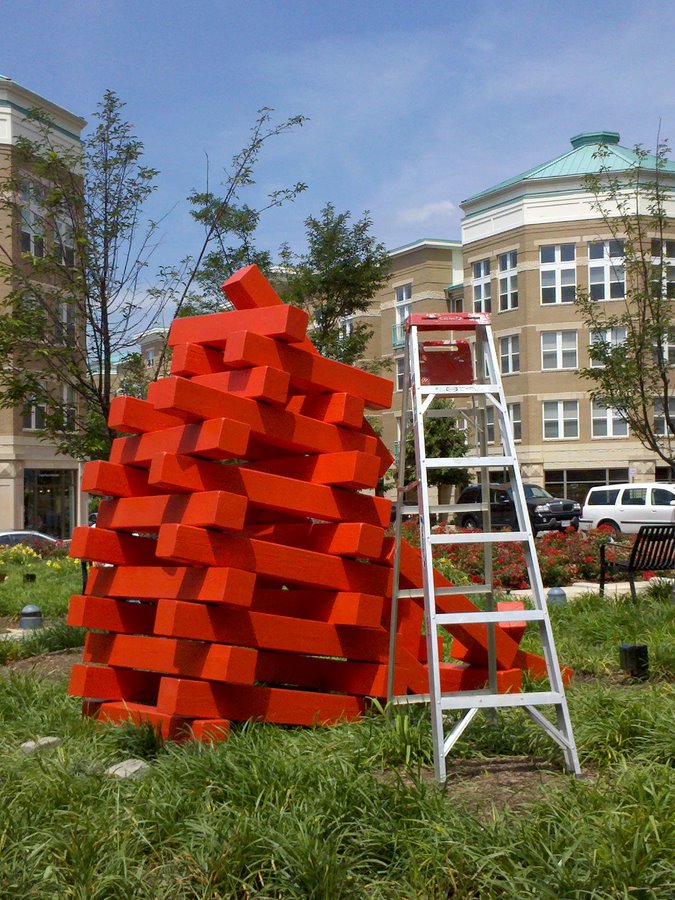 Second shot of the red sculpture going up, taken a day later