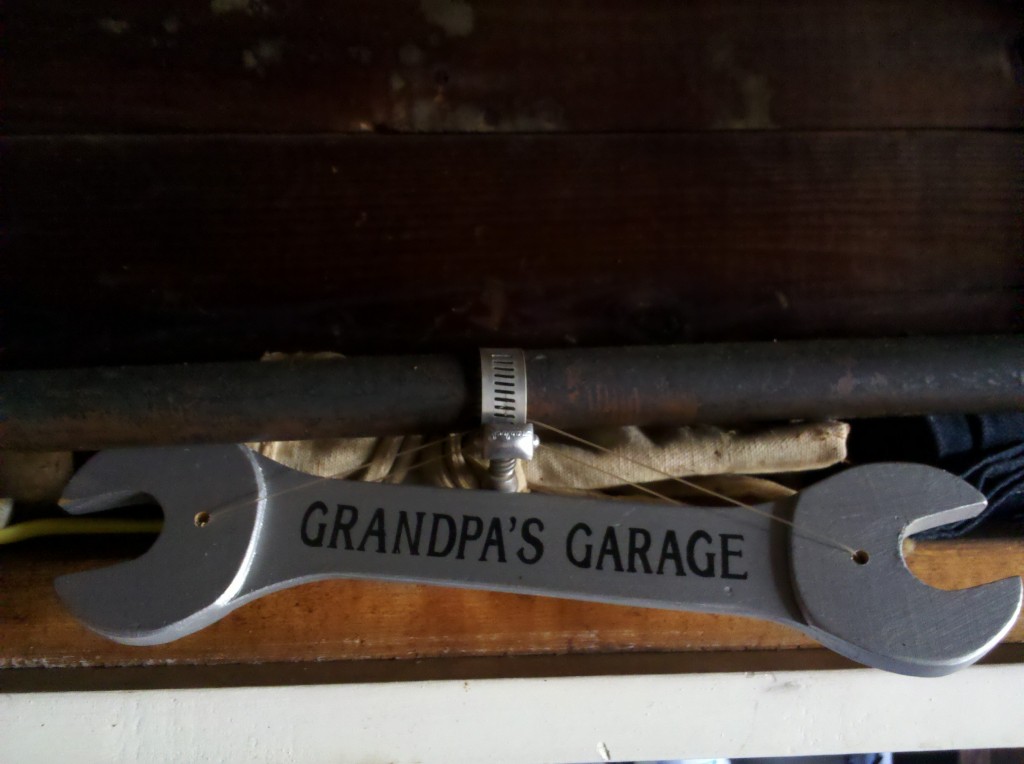 Over Thanksgiving holiday I got the chance to briefly hang out at my grandmother’s house on Long Island. It felt great to have no work obligations and to just take in the house with the family. One thing I especially like to do when I’m there is to wander around my grandfather’s garage.

Grandpa died seven years ago this month, but his spirit still resides in that garage. It’s partly the endless clutter of things (which it seems he saved just for savings sake) and partly the smell of grease and long-gone wood shavings from his work that make it seem special. It’s also just neat seeing all of the old hardware and parts for things waiting to be fixed. Rest assured that if anything ever breaks in grandma’s house, she’ll have a part to fix it at the ready! What’s more is that grandpa probably found that part in someones junk, was given the part for free, or otherwise obtained it outside of a store.

This drawer unit was probably tossed out by his office building when he was working there. Rather than let it go to some dumpster or removal service, he found service for it in the garage (for about 30 years at that): 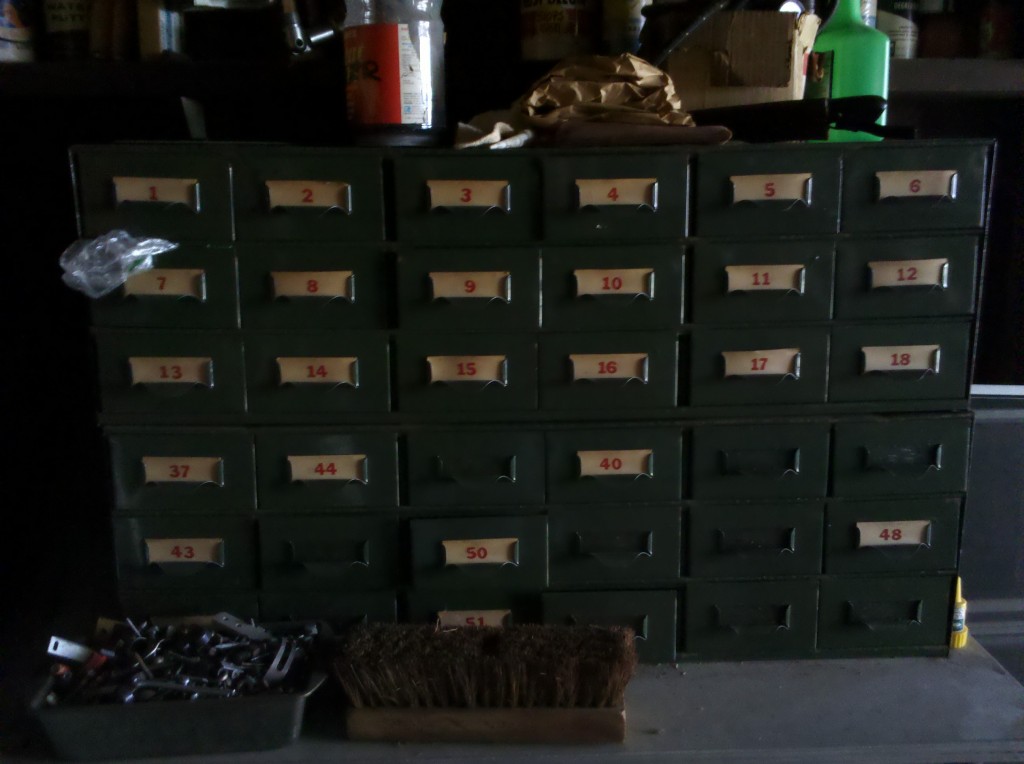 Here’s what looks like a repurposed work desk. I don’t have any guesses about this one, but you can tell from its worn paint and scratches throughout that it received a lot of love: 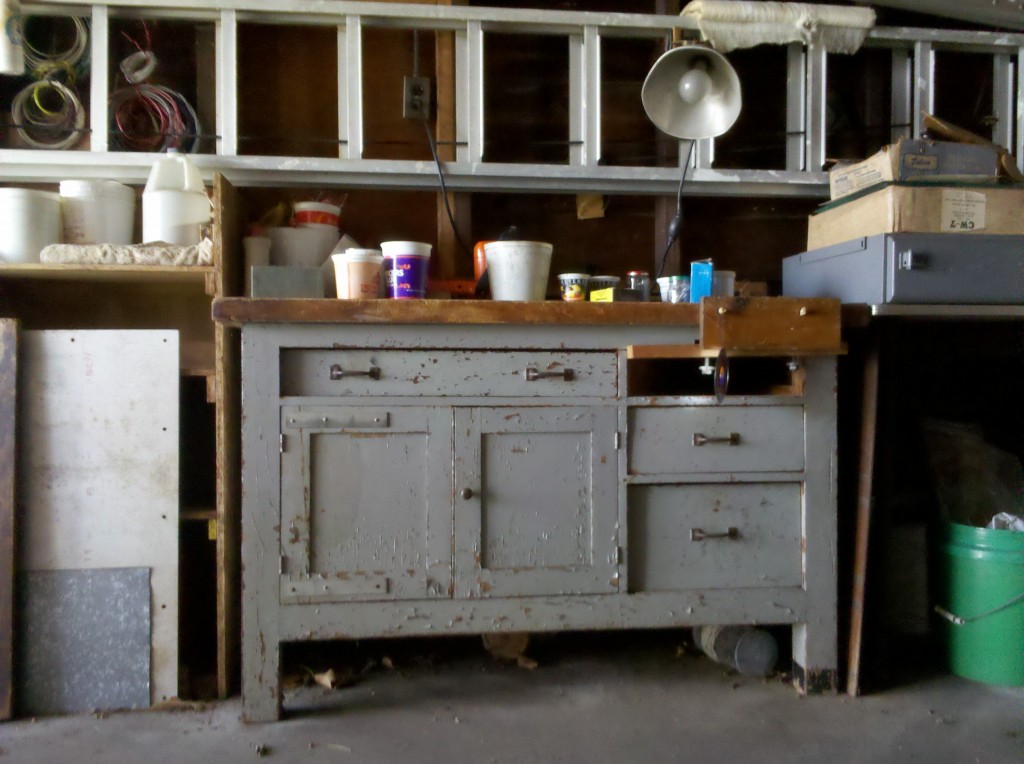 Here’s a set of screwdrivers sitting in manually-drilled holes in a 2x4. Thrifty! Sorry for the blur: 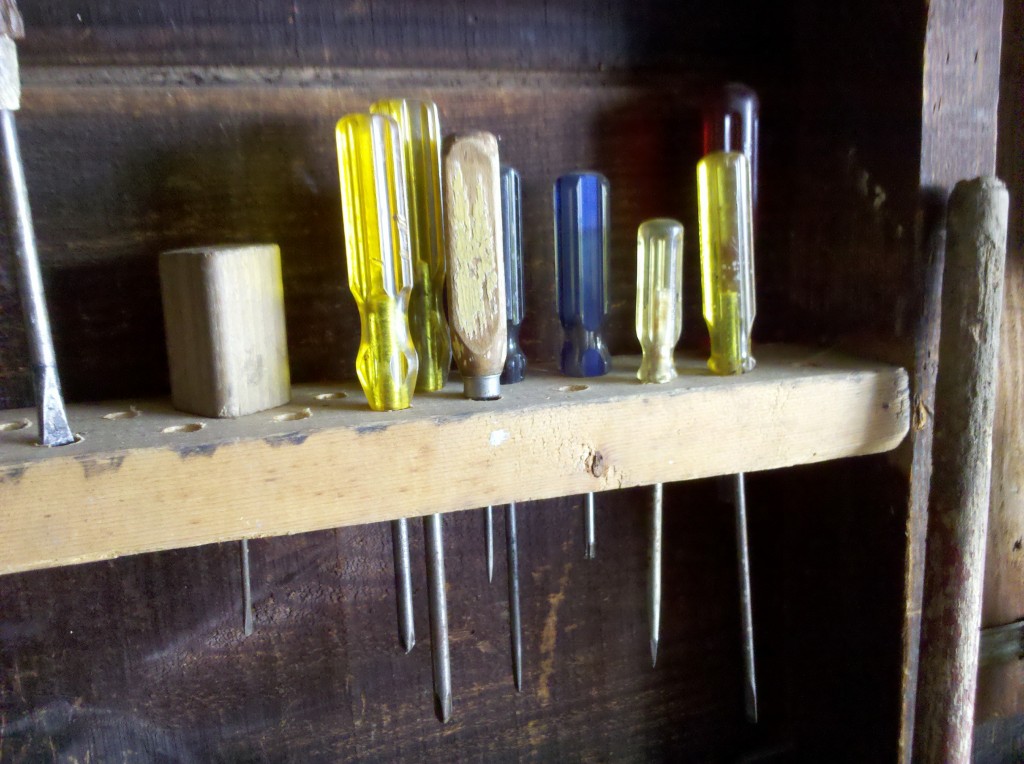 Here’s a paper towel dispenser mounted on the wall. What I think is cool are those magnets for holding the pencils and pens - I use that same concept on my fridge, albeit with more geeky elements (hard drive magnets)! 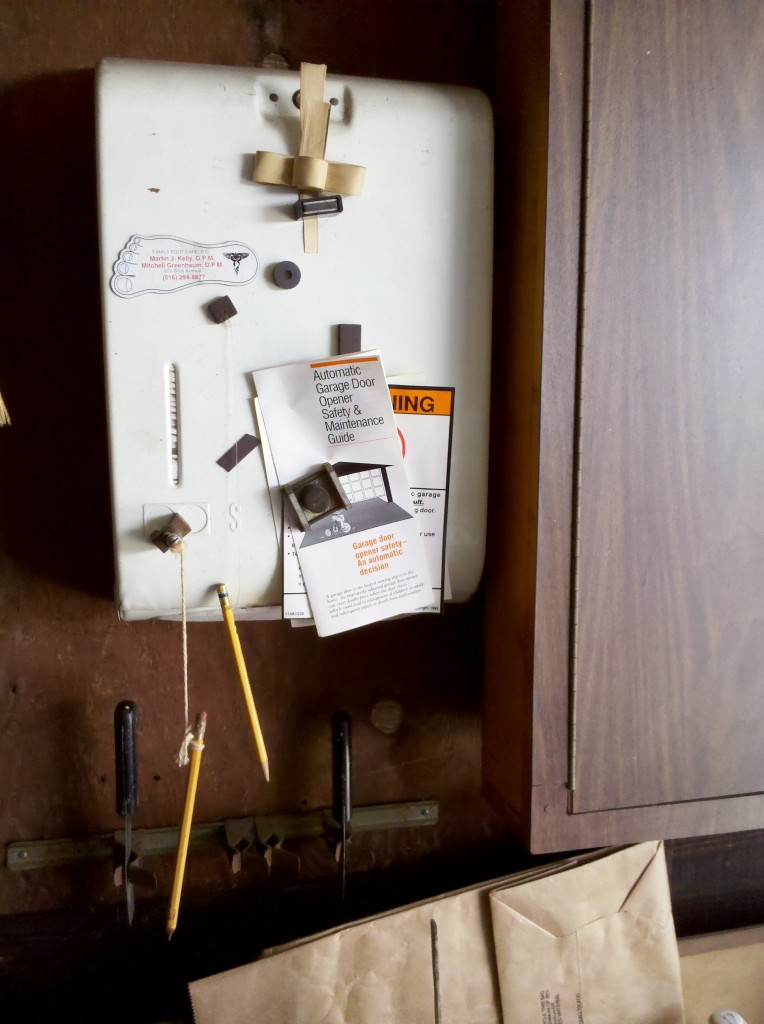 Here’s a funny assortment of clips: 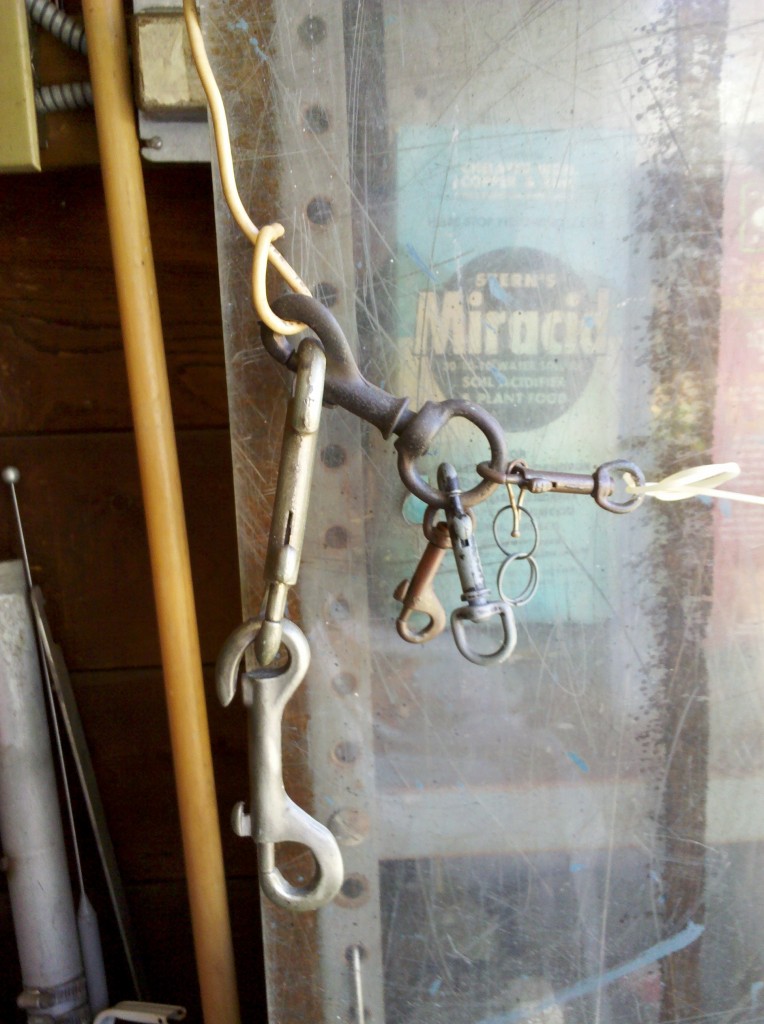 …and more spare buckets than you can shake a stick at. Hey, you never know when you need to wash 50 cars at once! 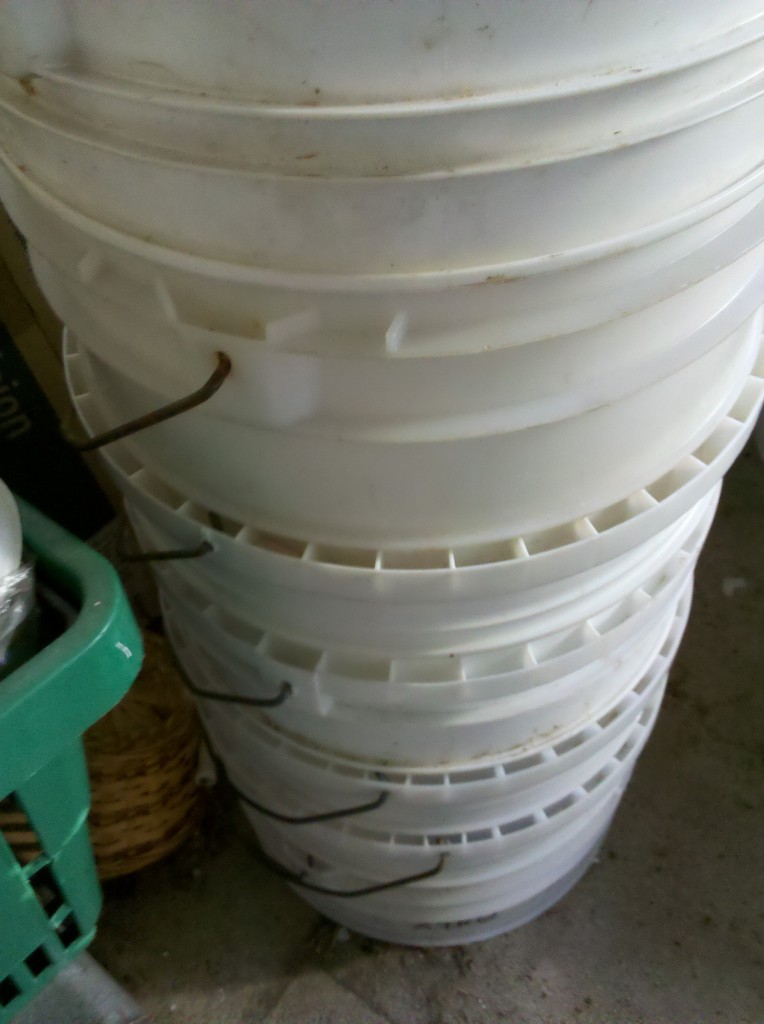 Dust-laden cans from who knows how long ago. Note the collection of dust: 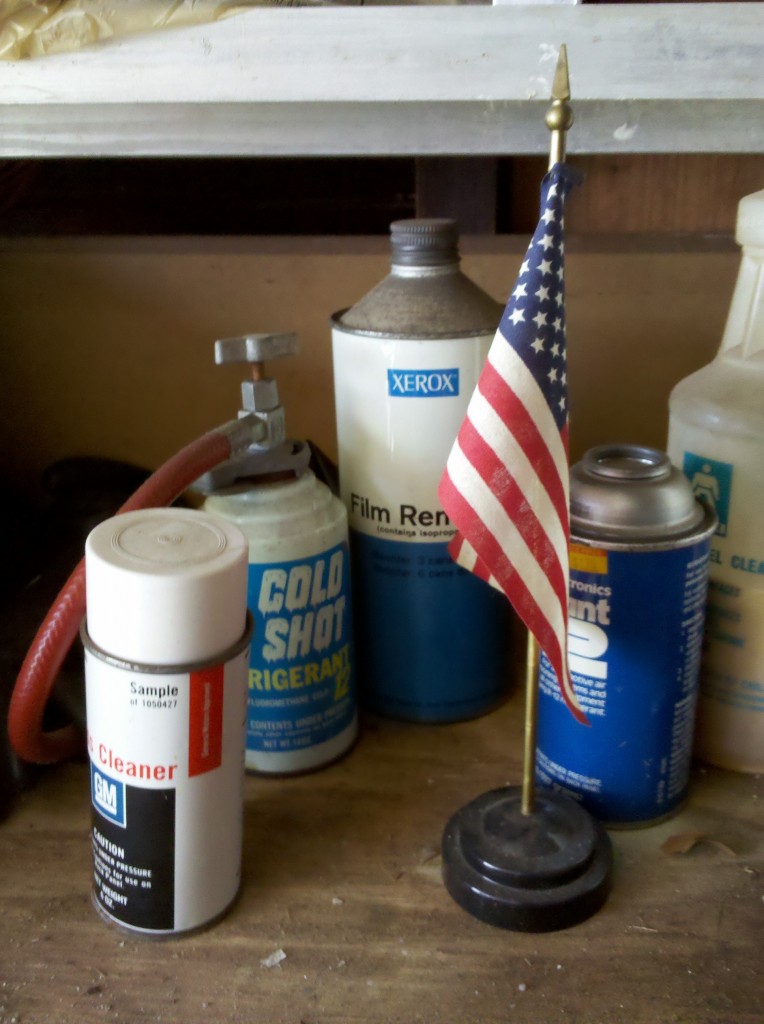 Cans from who knows when

The way grandpa lived his life left impressions on all of us in the family, with some impressions being more subtle than the others. As I was cleaning out a jar of pasta sauce the other day, I noticed that it had measurement markings built into the the glass for cups and ounces. I thought to myself “free measuring cup!” and started to clean it off to put in the cupboard. That’s grandpa’s mentality at work! My wife politely pointed out that we already had two measuring cups and that we had no need for a third, jury-rigged one. Although it was tough to put that jar in the recycling bin, I had to agree with that logic. Maybe I would have felt differently if I had a fantastic garage, like grandpa, in which to store such things!